Trump Is Reinventing What It Means to Be a Politician 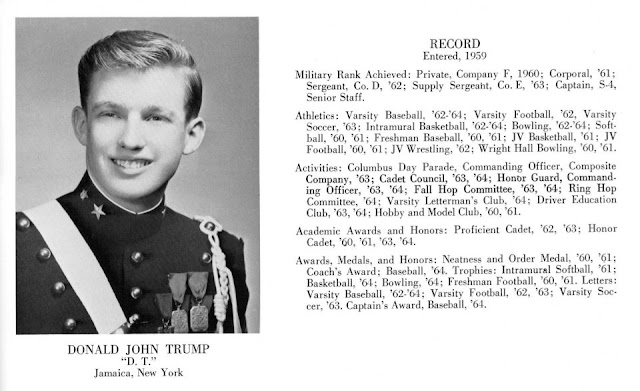 
For most of our lifetimes being a politician meant being a self-centered hypocritical bore who carefully obfuscates his or her true opinions lest they offend potential voters and financial supporters or... a corrupt self-centered hypocritical bore who carefully obfuscates his or her opinions lest they offend potential voters or financial supporters.
Trump is reinventing that and we -- whether we agree with his (sometimes changing) views or not -- owe him big (or bigly) for this. At least now we're awake and more of us are paying attention. (On this weekend's episode of Judge Jeanine, almost every man-on-the-street interviewee knew who "Rocket Man" was.  Compare that with "Joe Biden" when he was vice president.)
And these days Donald's getting better and more precise at his core strategy -- saying things that many, often most, of us think but don't have the courage to utter.
For example, what the hell are black athletes who make upwards of ten million a year, far more than 99.999% of their fans of any color or shape, doing whining so ungratefully about opportunity for African-Americans in America?  Where else could they have made fortunes anywhere near that size merely for playing a game? (Well, okay, except for a handful of Serbian and Swiss tennis players, but you know what I mean.)
If they're so worried about their fellow African-Americans, why aren't they using their gazillions to do something about it?  Perhaps the athletes are suffering from Matt Damon Envy, living in thirty million dollars houses while promulgating the works of America-hating socialist liar Howard Zinn. Whatever the case, Trump let them have it for their obvious hypocrisy and phony posturing that does nothing to help African-Americans or anybody else.
Anti-School Choice Activist Matt Damon And His Hypocrisy
Morally narcissistic progressives  (aka rich reactionaries) and their media flack/hacks are offended that Trump could call out these athletes for this pompous kneeling-during-the-national-anthemn virtue signaling, but I'd be amazed if the average citizen -- black, white, yellow or brown -- isn't quietly nodding his head in agreement.  The NFL is already suffering for this behavior at the box office.  The NBA is probably not far behind.
On North Korea, too, Trump's supposedly excessive speech -- honesty, actually -- is already having positive results, with China doing far more to sanction the NORKs than at any time during the last three decades.
Similarly, the same progressive media crowd is yammering on about Islamophobia while Trump makes it clear in no uncertain terms that we don't want radical Islamic terrorists destroying our country as they are doing in Europe.  The public quietly agrees, even when the legal wimps of the Ninth Circuit do not.
And don't get me started on the fuddy-duddy congressional Republicans and their inability to pass healthcare or tax reform.  The president has made it painfully clear -- as he should have -- what he thinks of them.
Trump has completely reinvented the template of what it means to be a politician and it's no surprise that so many other politicians (not just John McCain) are publicly or privately appalled.  He has unmasked them.  They're worried and they should be because American politics will never be the same.  Trump may be sui generis, but others are undoubtedly getting the message -- stop pussy-footing around and tell it like it is. Refreshing, no? And he has a sense of humor.  Better than Stephen Colbert anyway.
Roger L. Simon is an award-winning novelist, Academy Award-nominated screenwriter and co-founder of PJ Media.


https://pjmedia.com/rogerlsimon/2017/09/23/trump-reinventing-means-politician/
Posted by Frances Rice at 9:56 AM