Why The Left Can’t Let Go Of Racism 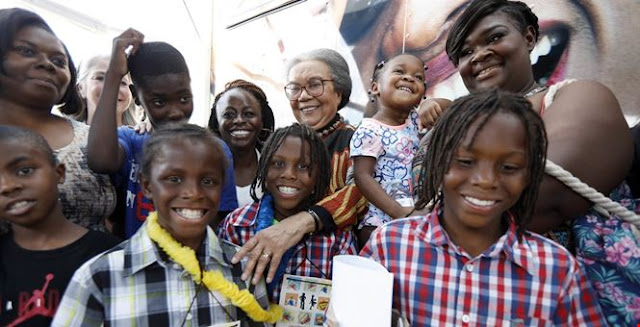 Liberals sell innocence from America’s past. If bigotry is pronounced dead, the racket is over.


By Shelby Steele
Is America racist? It used to be that racism meant the actual enforcement of bigotry—the routine implementation of racial inequality everywhere in public and private life. Racism was a tyranny and an oppression that dehumanized—animalized—the “other.” It was a social malignancy, yet it carried the authority of natural law, as if God himself had dispassionately ordained it.
Today Americans know that active racism is no longer the greatest barrier to black and minority advancement. Since the 1960s other pathologies, even if originally generated by racism, have supplanted it. White racism did not shoot more than 4,000 people last year in Chicago. To the contrary, America for decades now—with much genuine remorse—has been recoiling from the practice of racism and has gained a firm intolerance for what it once indulged.
But Americans don’t really trust the truth of this. It sounds too self-exonerating. Talk of “structural” and “systemic” racism conditions people to think of it as inexorable, predestined. So even if bigotry and discrimination have lost much of their menace, Americans nevertheless yearn to know whether or not we are a racist people.
A staple on cable news these days is the “racial incident,” which stands as a referendum on this question. Today there is Charlottesville. Yesterday there were the deaths of Trayvon Martin, Michael Brown, Freddie Gray and others. Don’t they reveal an irrepressible racism in American life? At the news conferences surrounding these events there are always the Al Sharpton clones, if not the man himself, ready to spin the tale of black tragedy and white bigotry.
Such people—and the American left generally—have a hunger for racism that is almost craven. The writer Walker Percy once wrote of the “sweetness at the horrid core of bad news.” It’s hard to witness the media’s oddly exhilarated reaction to, say, the death of Trayvon Martin without applying Percy’s insight. A black boy is dead. But not all is lost. It looks like racism.
What makes racism so sweet? Today it empowers. Racism was once just racism, a terrible bigotry that people nevertheless learned to live with, if not as a necessary evil then as an inevitable one. But the civil-rights movement, along with independence movements around the world, changed that. The ’60s recast racism in the national consciousness as an incontrovertible sin, the very worst of all social evils.
Suddenly America was in moral trouble. The open acknowledgment of the nation’s racist past had destroyed its moral authority, and affirming democratic principles and the rule of law was not a sufficient response. Only a strict moral accounting could restore legitimacy.
Thus, redemption—paying off the nation’s sins—became the moral imperative of a new political and cultural liberalism. President Lyndon Johnson turned redemption into a kind of activism: the Great Society, the War on Poverty, school busing, liberalized welfare policies, affirmative action, and so on.
This liberalism always projects moral idealisms (integration, social justice, diversity, inclusion, etc.) that have the ring of redemption. What is political correctness, if not essentially redemptive speech? Soon liberalism had become a cultural identity that offered Americans a way to think of themselves as decent people. To be liberal was to be good.
Here we see redemptive liberalism’s great ingenuity: It seized proprietorship over innocence itself. It took on the power to grant or deny moral legitimacy across society. Liberals were free of the past while conservatives longed to resurrect it, bigotry and all. What else could “Make America Great Again” mean? In this way redemptive liberalism reshaped the moral culture of the entire Western world with sweeping idealisms like “diversity,” which are as common today in Europe as in America.
So today there is sweetness at the news of racism because it sets off the hunt for innocence and power. Racism and bigotry generally are the great driving engines of modern American liberalism. Even a remote hint of racism can trigger a kind of moral entrepreneurism.
The “safe spaces” for minority students on university campuses are actually redemptive spaces for white students and administrators looking for innocence and empowerment. As minorities in these spaces languish in precious self-absorption, their white classmates, high on the idea of their own wonderful “tolerance,” whistle past the very segregated areas they are barred from.
America’s moral fall in the ’60s made innocence of the past an obsession. Thus liberalism invited people to internalize innocence, to become synonymous with it—even to fight for it as they would for an ideology. But to be innocent there must be an evil from which to be free. The liberal identity must have racism, lest it lose innocence and the power it conveys.
The great problem for conservatives is that they lack the moral glibness to compete with liberalism’s “innocence.” But today there are signs of what I have called race fatigue. People are becoming openly cynical toward the left’s moral muscling with racism. Add to this liberalism’s monumental failure to come even close to realizing any of its beautiful idealisms, and the makings of a new conservative mandate become clearer. As idealism was the left’s political edge, shouldn’t realism now be the right’s? Reality as the informing vision—and no more wrestling with innocence.
Mr. Steele, a senior fellow at Stanford University’s Hoover Institution, is author of “Shame: How America’s Past Sins Have Polarized Our Country” (Basic Books, 2015).
https://www.wsj.com/amp/articles/why-the-left-cant-let-go-of-racism-1503868512
Posted by Frances Rice at 9:49 AM