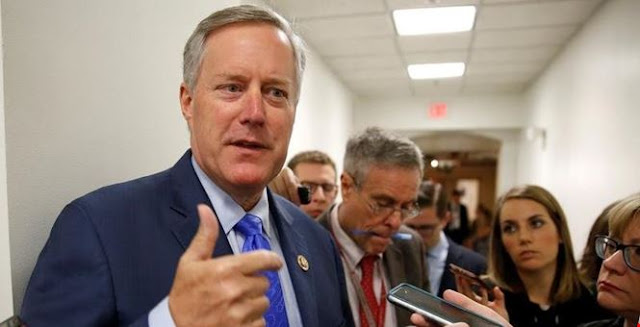 The House Freedom Caucus, made up of the most conservative members of Congress, is getting behind President Trump's tax plan.


"President Trump has delivered a forward looking tax reform framework that will let hard working Americans keep more of their money, simplify our system, end carve outs for special interests,  and will help make our businesses competitive abroad. The Freedom Caucus looks forward to sending a final bill based on this framework to President Trump's desk as soon as possible," the Caucus released Wednesday.
The support comes just hours before President Trump will lay out his plan in greater detail from Indianapolis. Here is what we know about the framework so far:
-The lowest federal income tax bracket for individuals will sit at 12 percent, an increase from 10 percent, but will be offset by an expansion of the child tax credit. There will be three brackets total, down from seven, with the other two at 25 and 35 percent.
-The small business tax rate will drop to 25 percent, the lowest in America since the 1930s.
-The corporate tax rate will be decreased from 35 percent to 20 percent, prompting American money to come home from overseas.
-The child tax credit will be expanded. Administration officials nor the President will provide an exact number and will rely on proper congressional committees to come up with one they deem appropriate.
-Rewriting tax regulations so Americans can complete their taxes on a single page.
-Getting rid of double taxes, including the death tax.
-Eliminate itemized deductions
-Eliminate state and local deductions
-Charitable deductions are not changing
-Retirement taxes will not be touched
-Mortgage deductions will not change
The President will present a framework to Congress, where lawmakers will be responsible for coming up with legislation. How to pay for a bill will certainly be a key factor in how reform moves forward.