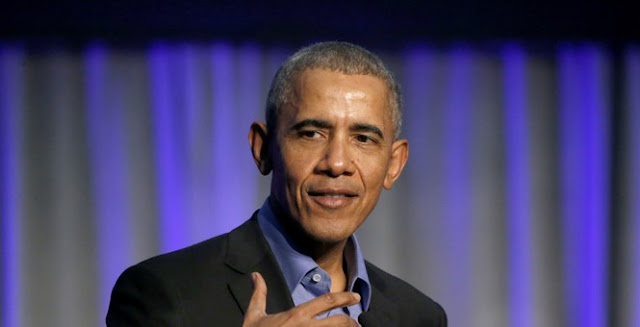 Politico published a report that President Obama helped derail an investigation into a drug trafficking ring waged by Hezbollah in order to protect his nuclear deal with Iran.

Investigators went under cover to track the alleged drug and weapons trafficking but were slowed by White House officials who were dragging their feet. In their pursuit to ease tensions with Iran, the Obama administration "let Hezbollah off the hook."

Politico's reporting was both shocking and intriguing, but their contemporaries and mainstream broadcast networks have not exactly jumped on the story.

In the days since it was first published, the New York Times has treated it as a non-story.

The Washington Post’s sole article on it consisted of a blog post, by one of its liberal opinion writers, devoted to quotes from Obama-administration alumni dismissing both Meyer and his sources as neoconservative propaganda without actually refuting any of the story’s main points.

The broadcast channels and the liberal news channels have similarly avoided the scandal. (National Review)

Congress certainly hasn't ignored the scandal. Rep. Ron DeSantis's (R-FL)'s National Security Subcommittee is in the process of sending letters to government agencies demanding answers as to how and why the Obama White House disrupted the anti-Hezbollah effort.

The Justice Department wants to get to the bottom of it too.

Judging by the media's underreporting of the Fast and Furious scandal under Obama's DOJ, it perhaps should be no surprise that there have been a paltry amount of headlines for the Hezbollah drug trafficking cover up.

Charges that he killed a probe of the terror group to get his Iran deal.

The Iran nuclear deal was the Holy Grail of Barack Obama’s second term, and it’s no secret he subjugated other priorities and relationships to get it.

But now come allegations that he also killed a U.S. investigation into drug running by the Iranian-backed terrorists of Hezbollah.

After 9/11 the DEA launched investigations into Venezuelan crime syndicates, links between Colombian drug-traffickers and Lebanese money-launderers, and the “suspicious flow of thousands of used cars” from the U.S. to Benin, Mr. Meyer explains.

The U.S. military was also investigating links between Iran and Shiite militias with improvised explosive devices that killed hundreds of U.S. soldiers. “All of these paths eventually converged on Hezbollah,” he writes.

By 2008 the DEA had “amassed evidence that Hezbollah had transformed itself” into a global crime syndicate “that some investigators believed was collecting $1 billion a year from drug and weapons trafficking and money laundering,”

Mr. Meyer reports. DEA’s Project Cassandra was born to take down the Hezbollah operation by busting its “innermost circle.” But according to interviews with dozens of Cassandra participants “and a review of court documents and records,” he writes, Obama officials “threw an increasingly insurmountable series of roadblocks in its way.”

David Asher, a Pentagon specialist in illicit finance who helped launch and supervise Cassandra, told Mr. Meyer that the Administration “serially ripped apart [the] entire effort . . . from the top down.”

Mr. Obama’s defenders want you to believe that the DEA agents are sore losers in a Washington turf war. But there are a number of reasons why these charges ring true. Cassandra was closing in on Hezbollah as Mr. Obama was trying to complete his Iran nuclear deal.

John Brennan, Mr. Obama’s counterterror chief who later led the CIA, had argued in May 2010 that Hezbollah was evolving into a political party. Exposing it as a transnational crime syndicate would upset the Iranians and damage the Administration’s ability to sell his nuclear deal to a skeptical public.

Obama Treasury official Katherine Bauer told the House Foreign Affairs Committee that under the Obama Administration Hezbollah-related “investigations were tamped down for fear of rocking the boat with Iran and jeopardizing the nuclear deal.”

An unidentified former CIA officer told Mr. Meyer that “during the negotiations, early on,” the Iranians “said listen, we need you to lay off Hezbollah, to tamp down the pressure on them, and the Obama administration acquiesced to that request. It was a strategic decision to show good faith toward the Iranians” to reach an agreement.

Three major suspects involved in weapons and drug trafficking got away. Ali Fayad, a Lebanese arms dealer alleged to work for Russia supplying weapons in Syria and Iraq, was arrested in the Czech Republic in 2014. He had been indicted in the U.S. but the Administration “declined to apply serious pressure on the Czech government to extradite him,” says Mr. Meyer. He was sent to Beirut where he continues to ply his trade.

Alleged Venezuelan drug kingpin Hugo Carvajal was arrested in Aruba in 2014. Venezuela’s close alliance with Iran is no secret and reeling in “the chicken,” as Carvajal was known, would have generated key intelligence about cocaine trafficking to the U.S. and North Africa. The Netherlands mysteriously intervened and returned him to Venezuela.

When Colombia arrested Walid Makled, a Syrian-born Venezuelan who was alleged to be shipping ten tons of cocaine to the U.S. each month, Colombian President Juan Manuel Santos refused U.S. extradition requests and sent him to Venezuela. Mr. Obama repaid Mr. Santos by backing his amnesty for the FARC, the largest drug cartel in the Americas.

Mr. Meyer reported that former Obama officials assured him that they had not “derailed any actions against Hezbollah or its Iranian allies for political reasons.” But many government officials believe otherwise, which is why this warrants a congressional investigation.