Trump's Right — the FBI Is in Tatters 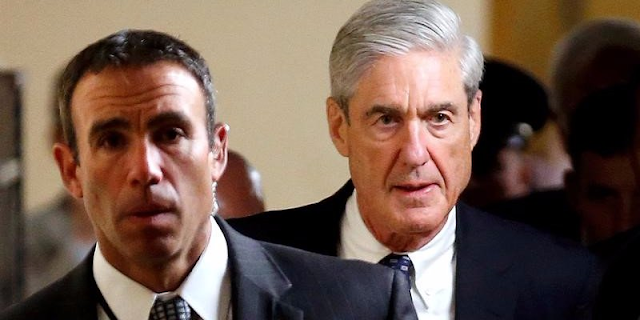 What're we supposed to think when it's revealed the man running the Hillary Clinton email server investigation (Peter Strzok) was a married Hillary supporter conducting an adulterous affair with a government lawyer, while dissing Donald Trump in his clandestine billet-doux text messages?
(Was he auditioning for Harvey Weinstein's next movie, assuming Weinstein is ever allowed to make a movie again or even would make one that in any way besmirched his good friend Hillary?)
As an FBI agent, Strzok's use of text messaging for such an enterprise was nothing short of moronic in this digital age, but nevertheless he was not fired but simply and quietly sent to FBI  "Siberia" last summer, his activities only miraculously coming to public attention last week.
Why the secrecy? Many reasons, probably yet to be determined, but it comes down to this: the FBI, like the Mafia, practices omertà.
Nunes Draws Up Contempt Citations After FBI Stonewall on Russia Investigator Demoted for Anti-Trump Texts
They have a code of silence as Tom Fitton of Judicial Watch, who spends his life trying to pry information from our supposedly premier law enforcement agency, can tell you.  Ditto, now, the House Intelligence Committee, whose chairman Devin Nunes, as Byron York reports for the Washington Examiner, is apoplectic.


Word of the messages and the affair were news to Nunes, even though the committee had issued a subpoena that covered information about Strzok's demotion more than three months ago. The committee's broadly worded subpoena for information related to the so-called Trump dossier went to the FBI and DOJ on Aug. 24. In follow-up conversations on the scope of the subpoena, committee staff told the FBI and DOJ that it included information on the circumstances of Strzok's reassignment.


On Oct. 11, Nunes met with deputy attorney general Rod Rosenstein. In that meeting, Nunes specifically discussed the committee's request for information about Strzok.
In an Oct. 31 committee staff meeting with the FBI, bureau officials refused a request for information about Strzok.
On Nov. 20, the committee again requested an interview with Strzok. (Three days earlier, on November 17, Strzok met with the Senate Intelligence Committee.)
On Nov. 29, Nunes again spoke to Rosenstein, and again discussed Strzok.
On Dec. 1, the committee again requested to speak with Strzok.
Obviously nothing has been forthcoming until now.  But speaking of FBI stonewalling, there's this new revelation from Fitton, concerning the "happenstance" meeting between Bill Clinton and then AG Loretta Lynch at the Phoenix airport.  The "accidental" encounter supposedly resulted in some chit-chat about grandchildren, but only a few days later then FBI director Comey announced he wouldn't recommend prosecution of Hillary Clinton:
Because of the revelation in our other lawsuit, the FBI – without our knowledge—"reopened" our [July 7, 2016] FOIA request. The agency supposedly found about 30 pages of information, which it needed six weeks to review. The FBI finally gave them to us late Thursday.


Now we know why the FBI played shell games. The documents show that FBI officials were concerned solely about the leaking of details of the tarmac meeting. None of the documents show top agency officials cared one whit about the propriety of the meeting itself, but only about who blew the whistle on the covert tête-à-tête.
In one email, an FBI official writes “we need to find that guy.” And in another we learn that the Phoenix FBI office was contacted “in an attempt to stem any further damage.” An FBI official working on Lynch’s security detail even goes so far as to suggest non-disclosure agreements to keep the full facts from coming forth.
No wonder the FBI didn’t turn these documents over until we caught it red-handed, hiding and lying about them.
Simply put, the FBI appears to be fully complicit in a cover-up that attempted to influence a presidential election for a favored candidate – Hillary Clinton. And the truth was trampled on a Phoenix tarmac.
Sense a pattern here, Watson?
The FBI seems suddenly concerned with leakers when it affects them. Well, that's only a part of the story -- but a significant part.  Like most bureaucratic organizations, whether in law enforcement or not, as they grow self-preservation increasingly becomes the dominant motivation.  In the case of the FBI, it's self-preservation leavened with a significant dollop of political bias, conscious and unconscious.
In the case of Strzok, the bias was clearly a bit too conscious for his own good, but who could doubt, given the dramatis personae of Mueller's investigation, that many of his cohorts share the same views but have the horse sense to leave them out of their text messages.? (Apropos Strzok, it's interesting he wasn't fired.  Was it because they feared he would go rogue?)
In a series of heavily criticized tweets (aren't they always) Trump is asserting that the FBI's reputation is in tatters.  Of course, he's right.  This isn't justice as it's supposed to be, not even faintly. It's Kafka meets Orwell in the Deep State.
Robert Mueller may not realize it, but the conclusion of his investigation, whatever it is, will never be accepted by a huge percentage of the public. As the French say, Mentir est honteux.  Lying is shameful.  Mike Flynn may have lied, but so, undoubtedly, has the FBI, multiple times, more than Flynn could ever dream of doing or be capable of doing.  And they're the ones we're supposed to trust in the end.
UPDATE:  Apparently my attack on the FBI was understated.  Peter Strzok, it turns out, was the man who was responsible for changing "grossly negligent" to "extremely careless" in Comey's final report on the Clinton email investigation, thus setting Hillary free for a crime the world knows she committed.  How do I know this is true?  In this instance, consider the source.
Roger L. Simon is an award-winning novelist, Academy Award-nominated screenwriter and co-founder of PJ Media.
https://pjmedia.com/rogerlsimon/trumps-right-fbi-tatters/
Posted by Frances Rice at 9:21 PM