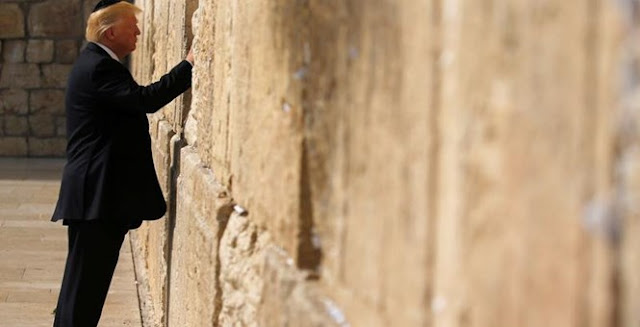 President Trump will make an announcement Wednesday that the United States is officially moving the U.S. Embassy in Tel Aviv to Jerusalem. The move sends the signal that Jerusalem is the official and undivided capital of Israel.


Trump has been working the phones all day with allies and leaders in the region, who outside of Israeli Prime Minister Benjamin Netanyayu, urged him not to make the move.
During a call Tuesday morning, Palestinian leader Mahmoud Abbas said moving the U.S. Embassy would present a grave threat to Middle East peace after Trump reportedly confirmed the move. Turkey has threatened to cut of all diplomatic ties to Israel in response.
On the 2016 campaign trail, Trump repeatedly promised to move the embassy. Earlier this year, Trump visited Israeli on his first foreign trip as president and prayed at the Western Wall. He was hosted by Netanyahu and his wife in their home.
Congress has already voted to move the embassy through the Jerusalem Embassy Act, which the President now plans to enforce.
U.S. government employees in Israel have been warned not to travel to the West Bank and Old City as riots from Palestinians have been planned.