By Tim Pearce | The Washington Examiner 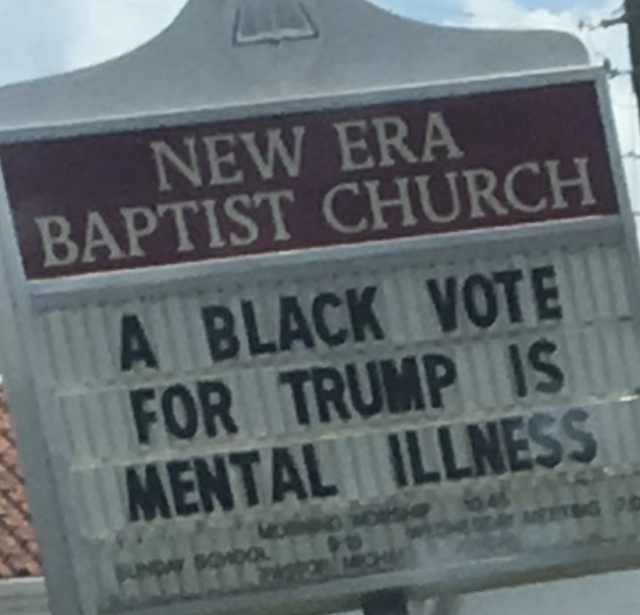 A black pastor is defending a sign outside his Alabama church that asserts voting for President Trump is a mental illness or "pure racism."

Michael Jordan, pastor of New Era Baptist Church outside of Birmingham, placed a sign outside his sanctuary that on one side says "A black vote for Trump is mental illness" and "A white vote for Trump is pure racism" on the other side. 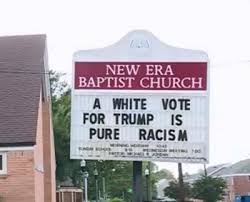 Some locals are pushing back against Jordan's sign, saying that a church is not a place to engage in political attacks.

"You should not come into a building and feel like you are hated … just because you came here to worship the Lord," Daxton Kirk said.

"Black folks need to stay out of white churches," the sign said on one side. 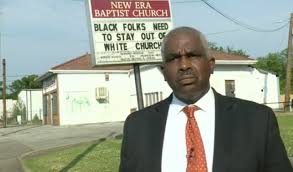 "White folks refused to be our neighbors," the other side said. 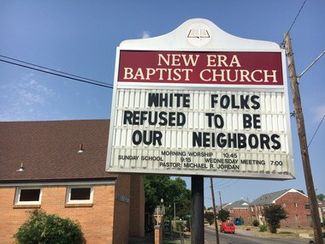 "There is a spirit of racism and division that is over this city. It must be brought down. We have to change the conversation to what we need it to evolve into," Woodfin said in a social media post calling for the sign's removal.

By Hunter Lovell | The Washington Examiner 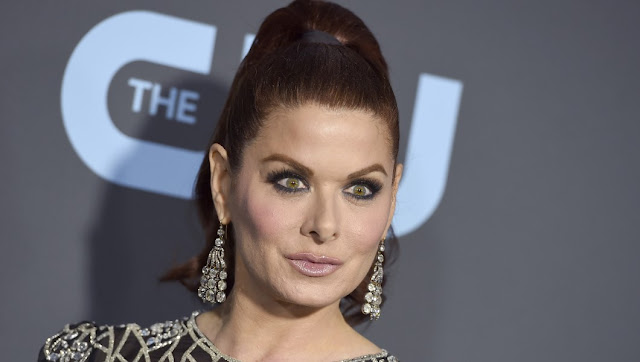 Will & Grace star Debra Messing on Friday demanded a list of attendees at an upcoming fundraiser for President Trump in Beverly Hills be revealed "because the public has a right to know."

The Hollywood Reporter disclosed Trump will attend the fundraiser on Sept. 17 during a trip to California, where he will also visit the San Francisco Bay Area and San Diego. The Primetime Emmy Awards will be held in Los Angeles the same week.

Messing shared the same sentiment as her Will & Grace co-star Eric McCormack, who requested the Hollywood Reporter should reveal all names of the fundraisers' guests so they can be ostracized.

"Hey, @THR, kindly report on everyone attending this event, so the rest of us can be clear about who we don’t wanna work with. Thx," McCormack wrote.
Later that night, Messing chimed in on the high-profile event.

"Please print a list of all attendees please. The public has a right to know," Messing said.

Trump bashed Messing for her comments in a tweet on Sunday.

"I have not forgotten that when it was announced that I was going to do The Apprentice, and when it then became a big hit, helping NBC’s failed lineup greatly, @DebraMessing came up to me at an Upfront & profusely thanked me, even calling me “Sir.” How times have changed!" Trump tweeted.

Messing and McCormack drew comparisons to McCarthyism on Twitter, a reference to former Republican Sen. Joseph McCarthy's calls for a blacklist of Communist supporters from spheres of influence, such as the U.S. government and the film industry.

Conservative actor Dean Cain responded to Messing's tweet, saying he would have gone to the fundraiser if not for a prior commitment.

"I’m not attending, because I’ll be out of town. Otherwise, I’d have been happy to attend," Cain told Messing.

Tickets for the fundraiser can be bought for as cheap as $1,000 and includes combinations of tickets that can cost up to $100,000.