Whistleblower's Lawyer Appears to Be a Swamp-Dwelling Deep-State Operative 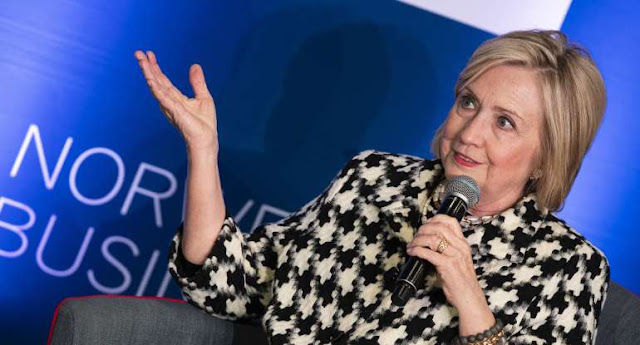 The whistleblower who accused President Trump of wrongdoing on the phone call to the Ukrainian President Volodymyr Zelensky is being represented by a highly partisan lawyer who has deep ties to the Clintons, the CIA, John Brennan, and he seems to suffer from anti-Trump derangement syndrome.

In addition to working for Hillary Clinton and Chuck Schumer, whistle blower attorney Andrew Bakaj also worked for the CIA. He retweets Brennan and brags about running ops to torpedo Trump nominees.

Thus far I've had a role in having a CIA IG removed and forced another one to withdraw his nomination for the position. We've had Congressional Intel Committee involvement - no small feat. I'm very patient and effective . . . This is another tactical and major salvo. 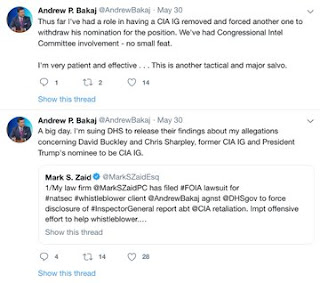 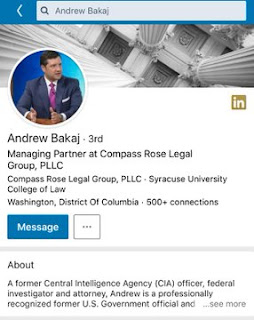 In a series of tweets, Andre Bakaj can be seen bragging about torpedoing a Trump-nominated CIA inspector general and forcing another to withdraw his nomination. "I'm very patient and effective," wrote Bakaj. "This is another tactical and major salvo." According to The Federalist, Bakaj worked for Chuck Schumer and Hillary Clinton.

This is strangely similar to another lawyer, Max Stier, who just made a big splash by claiming he had witnessed Justice Brett Kavanaugh up to shenanigans at a party in college. While his story fizzled and got the New York Times in big trouble for printing it, he turned out to be a lawyer for Hillary Clinton too.

The president released the transcript of the call to the Ukrainian president today. You can read that here.

Will the Democrats apologize after seeing what was said on the call with the Ukrainian President? They should, a perfect call - got them by surprise!

Don't expect them to apologize. They're already starting to proclaim that the transcript is meaningless and only the whistleblower, who has no first-hand knowledge of the call, should be believed. For real.

“Releasing the transcript of what you said is not going to end the need for an investigation into what you said.” might be the dumbest messaging campaign ever. But clearly that’s the one the Dems are going with. 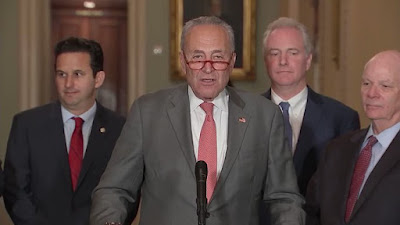 Sen. Chuck Schumer: "Simply to release the transcript is not going to come close to ending the need of the American public and the Congress to see what actually happened."