Trump in a Landslide: Here's Why 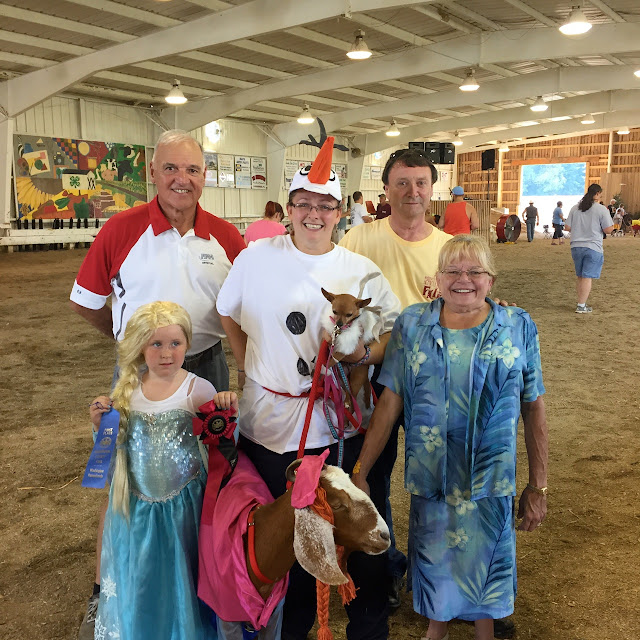 How does one know what the voting public thinks?

Once upon a time, long, long ago, public opinion polls may have reflected, however faintly, some generalization of public opinion.  For a multitude of reasons, that is no longer true.

To demonstrate that point, compare the August 29 Rasmussen poll showing President Trump’s approval rating of 47 percent with the Quinnipiac reported approval rating of 38 percent.  Even more irrational are the Quinnipiac poll result that whatever is left of Joe Biden would beat Trump 54 percent to 38 percent in a general election and the Economist poll number that asserts that 55 percent of the public thinks the country is headed in the wrong direction.  It is a near certainty that none of those numbers reflects reality.

So, discarding the meaningless political polls, I went to the most accurate opinion poll I am aware of for my pre-quadrennial presidential forecast: the Washington County (Pa.) Agricultural Fair.

After my 2016 visit to the fair, I reported that Trump was going to win Washington County big.  Why?  Enthusiasm was enormous.  Trump hats were everywhere.  People were wearing Trump shirts and Trump pins.  These were not all registered Republicans, either.  There was a large booth selling Trump merchandise and doing a land office business.  There was no similar Clinton enterprise.  The parking lot really told the story.  Literally thousands of pickup trucks, gun racks behind the seats, many with Trump stickers and campaign messages on bumpers and tailgates.  Mixed in were Mercedes and Lexus, many with similar stickers.  If Mercedes and Lexus made gun racks, they would have had those, too.

What does the early forecast for 2020 look like based on the 2019 Washington County Fair?  It looks as if President Trump will do even better than 2016.  I have never seen such enthusiasm, especially so far before an election.  More than 75,000 people attended the fair, and the crowd was a sea of MAGA and KAG hats, Trump shirts, Trump pins, you name it.  This was Trump country, no doubt about it.

The Washington County Republican Party had a large booth at the fair, as it always does.  The booth was a big attraction from morning to night.  During the evenings, there were consistently large groups of people at the booth.  Some just wanted to talk about how the president’s policies were helping their businesses.  Others talked about pay raises, still others about how the president was keeping his promises.

Many wanted to register to vote or to change their registration to Republican.  Many of the registrations and changes were twenty-somethings, which is telling.  Many others wanted to sign up to work for the party.

If we had Trump signs available, we could have given out a thousand or more to people who wanted to put them in their yards that day.  Some 400 people joined the party as active workers.  There were two booths this year selling Trump merchandise.  In total, this far exceeded what we saw several months before the 2016 election.  Imagine what it will be at this time next year.

Across the aisle from us was the Democratic Party booth.  It is no exaggeration to say it was mostly empty.  There was no enthusiasm or energy on the other side.

Looking around the crowd, the uniform of the day was work boots, jeans, tee-shirts, and ball caps.  Those who were not sporting Trump gear were obviously well familiar with John Deere, Kubota, a number of seed companies, Remington, Winchester, the NRA, and John 3:16.

The parking lot was full of pickup trucks because these are working people.  They drive America.  They are directly impacted by what people at all levels of government do — not in a theoretical or philosophical way, but in a very real way.  Government policy and action are, to them, their jobs and their families’ security.

They work hard, and they expect other people to do the same.  They are not looking for handouts or free stuff.  They are looking for the opportunity to thrive because they earn it.  Many have fought for their country or have relatives who have, and they do not react well to those who disrespect this great nation.  They keep their promises and expect the people they elect to do the same.  Most importantly, these people vote.

In 2016, the people of Washington County turned out in huge numbers and overwhelmingly voted for President Trump because they like what he promised and believed he would deliver on those promises.  The president has delivered on his promises, and people are measurably better off: more people have better jobs; they are more secure; the economy is doing well; and, despite constant Democratic obstruction, progress is being made in many other areas.

Dave Ball is a voice for conservatism, the author of conservative political commentary, a guest on political talk shows, an elected official, and a county party official.