DEEP STATE: Reports Point to the Trump-Ukraine Whistleblower Being a CIA Agent 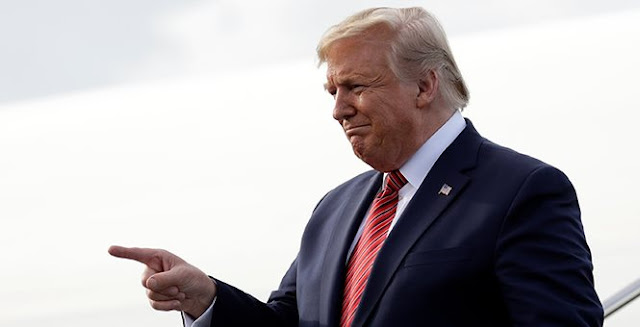 So, who is this Trump-Ukraine whistleblower? Yes, the identities of whistleblowers are protected, but we all know pieces about who these folks are trickles down to the press. This is the Trump White House. The liberal media hates the president. They will do anything to destroy him, even outing the identity of the CIA agent. The New York Times reported that three anonymous sources told them the whistleblower is a member of The Company, though of course, Langley didn’t comment and the legal team for this person said such reporting was “dangerous.” This agent was assigned to the White House (via NYT) [emphasis mine]:

The whistle-blower who revealed that President Trump sought foreign help for his re-election and that the White House sought to cover it up is a C.I.A. officer who was detailed to work at the White House at one point, according to three people familiar with his identity.

The man has since returned to the C.I.A., the people said. Little else is known about him. His complaint made public Thursday suggested he was an analyst by training and made clear he was steeped in details of American foreign policy toward Europe, demonstrating a sophisticated understanding of Ukrainian politics and at least some knowledge of the law.

The whistle-blower’s expertise will likely add to lawmakers’ confidence about the merits of his complaint, and tamp down allegations that he might have misunderstood what he learned about Mr. Trump. He did not listen directly to a July call between Mr. Trump and President Volodymyr Zelensky of Ukrainethat is at the center of the political firestorm over the president’s mixing of diplomacy with personal political gain.

This complaint is the hill Democrats have decided to die on concerning impeaching Trump. This whistleblower alleges that President Trump coerced Ukrainian leaders to open a corruption probe into former Vice President Joe Biden’s son, Hunter, or risk having military aid withheld. That did not happen.

In fact, a transcript of the call showed that it was the Ukrainians who brought up Biden and Trump’s “favor” was merely asking them to help with the Department of Justice’s investigation into the origins of the Russia collusion circus. This whistleblower also wasn’t in on the call.

The Trump-Russia collusion myth, which the Democrats had hoped to find something impeachable, was already a shoddy reason to engage in this nonsensical crusade to undo the 2016 election. This wild goose chase is even more pathetic. There was nothing illegal here. There was no quid pro quo. And the president can say whatever he wants to foreign leaders. It’s not the job of the intelligence community to snitch on the president.

Now, remember the reporting on the whistleblower story has since been pretty bad since Day One, with many of the media's sources being proven wrong when all the documents were made public. This could change too, so we'll keep you posted.