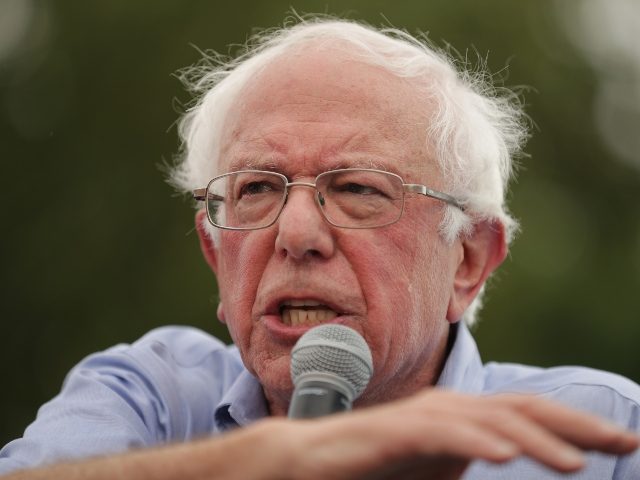 During a Wednesday “town hall” hosted by CNN regarding “climate change,” Sanders accepted the premise of population growth on Earth being “unsustainable,” requiring government controls over procreation.

Sanders’s proposal, said King, reminded her of the 1973 dystopian science fiction film Soylent Green, in which overpopulation and poverty was addressed through euthanization of the elderly and processing their remains into food.

“In light of the shocking [statements] that we just heard about population control and all of that, cannibalism, many years ago, I watched a movie with Charlton Heston,” recalled King. “It was called Soylent Green, and they were concerned about population growth and all that and the old people were living too long, so they came up with this delicious wafer that they began to feed the public with, and it turns out that Soylent Green was people, the older people, and they were told that they were going to Nirvana… and then they processed them and put them in this little green wafer, and I thought about that when I heard this particular report, and I said, ‘My God, they’re turning us into cannibals.'”

CNN’s audience and its host, Anderson Cooper, offered no push-back to Sanders’s acceptance of “population control” as a government imperative.

Manning reflected, “The thing that shocked me is that Bernie Sanders can say what he said and essentially justify not just abortion, but essentially homicide, killing people, eliminating excess population, and he could say that, and people didn’t boo him overwhelmingly and say, ‘No, you don’t get to do that.'”

Manning replied, “They accepted it out of hand, and it shows you the sickness that exists.”

King asked, “Do they even know who’s going to be chosen to be eliminated under such a plan? It might be them. They don’t think. Oh, my God.”

Left-wing desires previously withheld from the public are “in your face, now,” added King: “What makes him so bold that now he wants to put it out there for everybody to hear? That’s what I don’t understand.”

King remarked, “They kill babies in the womb, and that’s going to be the sick and the elderly, as well. You have to know that.

“Population control” measures will target “black and brown” people, determined King, highlighting the policy’s advocates’ justification of such a measure as a poverty-reduction strategy.

King said, “It reminds you of what Margaret Sanger said, ‘Colored people are like weeds that need to be exterminated. We don’t want that word to get out, so let’s get some of their ministers on our side, and they can keep the more rebellious ones — in other words, the ones who can think — in line.’ So this is not new. It’s been happening for decades and decades, but right now it’s really in our faces. So, what are we going to do about it? You’re doing something. You’re getting it out. You’re getting information out. I’m grateful to be invited to have this conversation with you this evening. So it is racist.”

“Their killing centers are on or near streets named after Martin Luther King Jr.,” said King of Planned Parenthood’s abortion centers. “They’re in the African-American communities saying, ‘Oh, we’re helping the underserved.’ Well you’re helping by killing the underserved? How is killing somebody going to serve them? Frank Pavone of Priests for Life said, ‘You’ve got to know the difference between serving the public and killing the public.'”

“Babies, sick, and old people, in that order,” King concluded. “If somebody’s sick, we have too many people, anyway. Don’t really try to treat him, just let him die comfortably. Euthanize him. Somebody’s old? Well, put them on the lower end of the healthcare providers. Babies in the womb? Well, we don’t know when they’re human.” 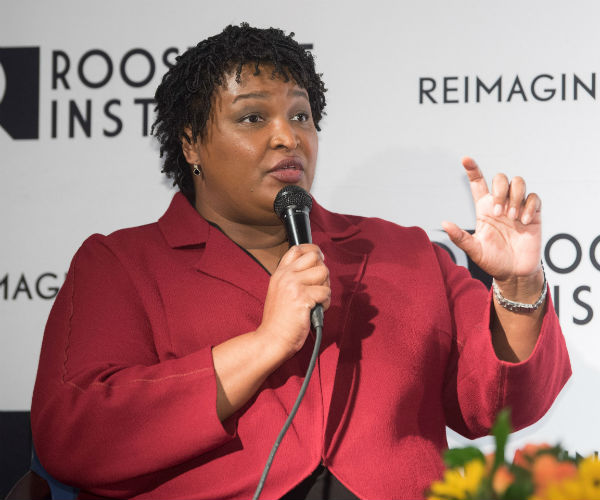 If you think the pro-abortion major media’s silence on the accomplishments of the Trump administration is deafening, it's nothing compared to how it ignores the black anti-abortion movement.

While most of the 2020 Democratic presidential candidates follow the lead of the Democratic governors of New York and Virginia, supporting infanticide and late term abortions, the major media plays down the fact that there are many prominent blacks and several black organizations opposed to abortion who support laws such as the recently signed Georgia "fetal heartbeat" law?

The major media did not tell America that Newsmax Insider colleague, and Georgian, Evangelist Dr. Alveda King, director of Civil Rights for the Unborn for Priests for Life, not only attended the Georgia bill signing ceremony, but worked with the National Black Pro-Life Coalition — a network of organizations and individuals working together to end abortion — to help get the bill through the Georgia Legislature.

King, the niece of slain civil rights leader Dr. Martin Luther King, recently said that the purpose of laws like that in Georgia is to give "civil rights to babies in the womb and protect women, not punish them."

While the media gave nearly as much attention to the new Georgia anti-abortion law as it did to Planned Parenthood supporter Stacey Abrams — who continues to blame her loss in the governor's race on suppression of the black vote — there was little mention of the black abortion rate in Georgia.

He said that Abrams' silence on the staggering number of abortions in the black community "was deafening" adding that the "inconvenient truth of black genocide significantly decreased the potential black population of Georgia over the past 50 years."

To support his argument, he cited Center for Disease Control Statistics (CDC) on Georgia abortion rates:

This is just what many black-pro-life advocates have been saying.

Catherine Davis of the Restoration Project, who attended the Bill signing ceremony with King, said:

"I believe abortion is genocidal by design. When Planned Parenthood and other abortion providers say there’s no racial impetus to their agenda, they are spitting in our faces and calling it rain…there is a racial impetus and it is decimating the black community today."

In January, Gardner joined a coalition of black anti-abortion supporters in sending an open letter to the president saying, in part, ". . . There is very little if any protection for the unborn human baby . . . we urge you to make a public declaration to this effect; that abortion of a child in the womb is a crime against humanity . . . "

She has also connected abortion to the KKK, black genocide. and abortion writing in the Christian News Wire: "The KKK brutally killed about 3,500 black people since it began in 1865, (Margaret) Sanger's Planned Parenthood is responsible for 19 million black deaths since 1973."

You can bet that neither the open letter nor her article received significant, if any, coverage in the major media just as is the case with most information about the black anti-abortion movement.

The same can be said about the Radiance Foundation’s "Black Children Are An Endangered Species,"  "TooManyAborted.com" "WhatAbortionRealyIs.com," and other billboard ad-campaigns in black communities informing blacks of the perils of abortion and the virtues of adoption, family, and fatherhood.

One of the few cases of major media attention to the black anti-abortion movement was the short film “Anti-Abortion Crusaders: Inside The African-American Abortion Battle” produced for PBS’s "Frontline" by award winning black film maker Yoruba Richen.

It includes interviews with other black anti-abortion activists including Rev. Clenard Childress, Jr." — The Most Dangerous Place for an African-American is in the Womb" — and Angela Winter of Sisters for Life.

In 2012, I wrote in this space that a "Growing Army of Black Pro-Lifers Targets Abortion." Seven years later, the major media still refuses to recognize and acknowledge that "army’s" progress and growing impact.

Clarence V. McKee is president of McKee Communications, Inc., a government, political, and media relations consulting firm in Florida. He held several positions in the Reagan administration as well as in the Reagan presidential campaigns. He is a former co-owner of WTVT-TV in Tampa and former president of the Florida Association of Broadcasters. Read more of his reports.