Biden Offers Hotel Rooms for Illegals, but Let the National Guard Sleep in a Parking Garage 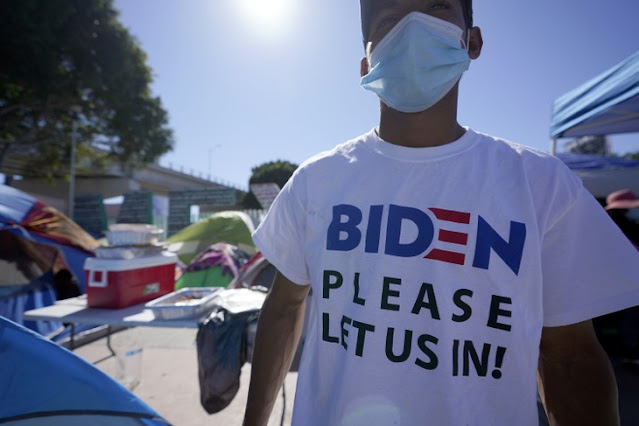 Over the weekend it was reported that the Biden administration will be spending $86 million in hotel rooms to house illegal immigrants as it struggles to get a handle on the immigration at the border. How do they justify spending our tax dollars to house illegals in hotel rooms when there are homeless veterans and U.S. citizens who could benefit from these resources?

These illegal immigrants will also get free food, medical care, and COVID tests, paid for by the hard-working taxpayers of the United States.

So, how exactly does the Biden administration justify prioritizing the housing, feeding, and health care of illegal immigrants over any American citizen?

Emerald Robinson of Newsmax was wondering the same thing and asked White House press secretary Jen Psaki to explain why National Guard troops were forced to sleep in parking garages at the Capitol while illegal immigrants got hotel rooms.

After referencing the report that $86 million in taxpayer dollars was being spent to pay for hotel rooms and food for illegal immigrants because Biden’s cages (my words) were over capacity, Robinson asked Psaki, “How do you share that with the National Guard troops who were sleeping in parking garages and, you know, some of them got sick from having contaminated food. That’s a disparity that a lot of people are pointing out — that our National Guard was treated one way and then illegal immigrants are going to be put in hotel rooms.”

Psaki ignored the report about the $86 million to cover hotel rooms for illegals and proceeded with a word salad trying to explain Joe Biden’s response to the situation with the National Guard.

“At the time when we became aware of the conditions the National Guard troops were in, in parking garages as you noted, the president called the head of the National Guard that day and offered his assistance, offered to play any role that he could play,” Psaki said. “I know that was some time ago, but that was the reaction he took at the time.”

Psaki then went on to another question.

After Biden’s inauguration, roughly 5,000 National Guardsmen were forced to sleep in a parking garage overnight after being kicked out of the Capitol.

And that’s a key difference between Trump and Biden.