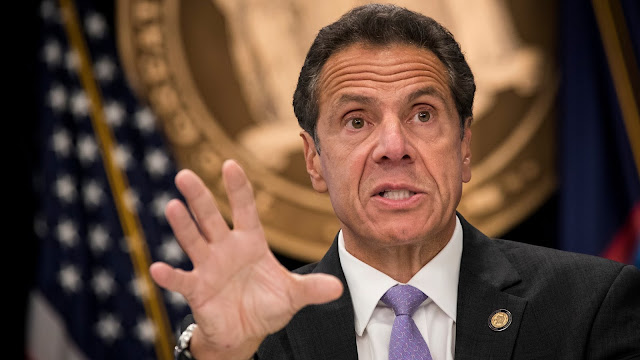 With one New York City tabloid dubbing him “Handsy Andy,” New York Gov. Andrew Cuomo found himself Tuesday at the center of a funnel cloud of controversy that threatened to sweep him from power.

The Democrat, who has been reeling from allegations of a coverup and mismanagement related to the deaths of nursing home residents from COVID-19, faced fire on another front after two former aides accused him of sexually inappropriate behavior.

Now a third woman has come forward to say Cuomo acted inappropriately toward her, alleging she was the recipient of an unwanted kiss and unwanted touching at a wedding reception.

The allegations have led to calls for the governor to resign. On Monday, Rep. Katherine Rice of New York became the first federal-level Democrat to do so.

Last week, former aide Lindsay Boylan issued a post on Medium alleging Cuomo talked about playing strip poker with her. Boylan has said he tried to kiss her in 2018 when they were alone.

On Saturday, former aide Charlotte Bennett, 25, alleged that conversations with the governor in May and June made it clear to her he wanted sex with her.

Bennett’s revelation triggered a weekend free-for-all over who would investigate the allegation, which Cuomo lost.

The governor issued an apology Sunday in which he said he never meant to offend anyone with his “playful” ways. Then another woman came forward.

Anna Ruch, now 33, told The New York Times she was at a wedding reception in September 2019 when Cuomo approached her and touched her lower back, which was bare due to the dress she was wearing.

“I promptly removed his hand with my hand, which I would have thought was a clear enough indicator that I was not wanting him to touch me,” she said.

Cuomo called her “aggressive” and put his hands on her cheeks — a scene that was captured on a friend’s cellphone.

“He said, ‘Can I kiss you?’” Ruch told The Times. “I felt so uncomfortable and embarrassed when really he is the one who should have been embarrassed.”

She said she pulled away but was later told Cuomo made contact.

Later, after posing for a photo with Cuomo, she was approached by a friend, she said.

“It was when my friend looked at me and said ‘Are you OK?’ with such genuine concern in her face that I realized how obviously inappropriate it was, not only to me but to those around me as well,” Ruch said.

In a text message a day or two later, Ruch said, “I’m so pissed” over the incident, The Times reported.

“The photo pretty much sums it up. Gross. What the f—?,” she told the New York Post. “Every woman has to go through this in the 21st century.”

Alexa Kissinger, a former Obama administration staff member whose wedding reception was the backdrop to the incident, praised Ruch.

The Times said Cuomo’s office did not return calls for comment about the incident.

Although Cuomo issued a statement on Sunday seeking to label Bennett’s allegations a misunderstanding, Bennett blasted that in a statement of her own Monday.

“As we know, abusers — particularly those with tremendous amounts of power — are often repeat offenders who engage in manipulative tactics to diminish allegations, blame victims, deny wrongdoing and escape consequences,” she said in a statement, according to the Post.

“It took the governor 24 hours and significant backlash to allow for a truly independent investigation,’’ Bennett said. “These are not the actions of someone who simply feels misunderstood; they are the actions of an individual who wields his power to avoid justice.’’

“The governor has refused to acknowledge or take responsibility for his predatory behavior,” she said.

New York Attorney General Letitia James said her office will issue a public report on the allegations against Cuomo, according to CNN. 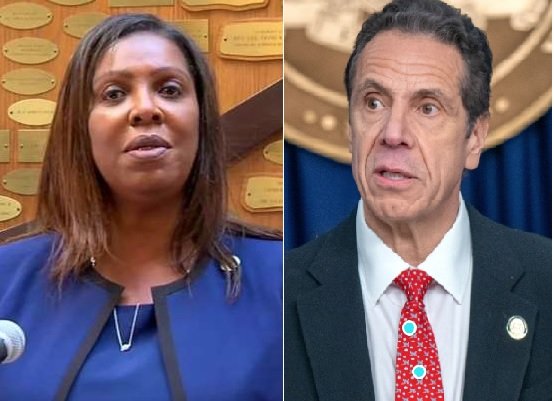 On Saturday a second former aide stepped forward and accused New York Governor Andrew Cuomo of sexual harassment. This prompted calls from fellow Democrats for the embattled Governor to resign.

in his defense Cuomo said the comments to the young aide were “good-natured” and “misinterpreted.”

Democrat state leaders are very upset over the sexual abuse allegations but not so much about the thousands of seniors that died in the state from coronavirus due to his insane nursing home policies.

On Monday New York State Attorney General announced she received the letter she needed to start an investigation of Governor Cuomo over the sexual harassment charges.

New York Attorney General Letitia James announced Monday that she has received the letter she needs to launch an independent investigation into claims of sexual harassment against Democratic Gov. Andrew Cuomo.

The letter was sent to James’ office by Beth Garvey, special counsel and senior adviser to Cuomo on Monday, and asks James to select an independent law firm to conduct an inquiry into “allegations of and circumstances surrounding sexual harassment claims made against the Governor.”

The letter also directs all New York state employees to cooperate fully with the review and notes that Cuomo will forgo weekly updates on the investigation, to which he would otherwise be entitled.

In a statement, James said this is “not a responsibility we take lightly as allegations of sexual harassment should always be taken seriously.” She said the “findings will be disclosed in a public report.”

The claims against Cuomo that will be investigated include one that emerged Saturday evening in an article in The New York Times. Charlotte Bennett, a 25-year-old former executive assistant and health policy adviser to Cuomo, told the newspaper that during one of several uncomfortable encounters, Cuomo asked her questions about her sex life during a conversation in his state Capitol office and said he was open to relationships with women in their 20s. 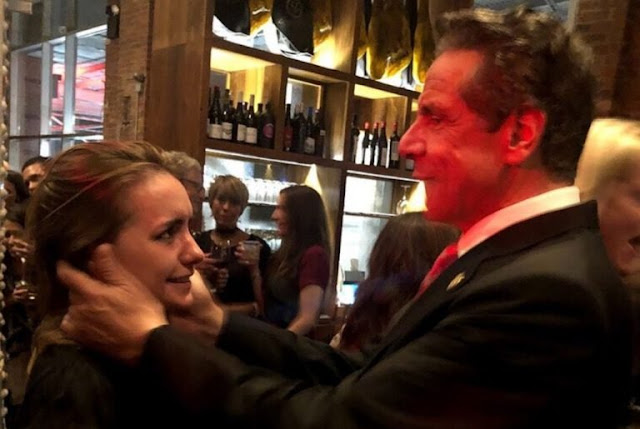 Cuomo needs to just throw in the towel.

Not one, not two but three woman have now accused the fallen Governor of New York Andrew Cuomo.

The accusation comes from 33 year old Anna Ruch who said Cuomo kissed her at a wedding in New York.

Ruch tried to avoid the kiss but Cuomo put his hands on her cheeks and did it anyway.

Where’s the far-left celebrities’ who started the “me too” movement?

Why aren’t they speaking out on Cuomo?

The New York Post came through with these details:

A third woman came forward on Monday to accuse New York Gov. Andrew Cuomo of inappropriate sexual behavior, saying he grabbed and kissed her at a 2019 wedding.

Anna Ruch, 33, told The New York Times that the 63-year-old governor made unwanted advances toward her and planted an unsolicited kiss on her cheek at the reception in Manhattan.

“He said, ‘Can I kiss you?’” Ruch recalled. “I was so confused and shocked and embarrassed.”

The allegation comes after two former state staffers accused Cuomo, 63, of sexual harassment on the job — including one who claimed the governor kissed her without warning at his Manhattan office, which he has denied.

Many people are calling for Cuomo to resign immediately.

You know it’s bad when even Democrats are even keeping their distance from him.

The governor was working the room after toasting the newlyweds, and when he came upon Ms. Ruch, now 33, she thanked him for his kind words about her friends. But what happened next instantly unsettled her: Mr. Cuomo put his hand on Ms. Ruch’s bare lower back, she said in an interview on Monday.

When she removed his hand with her own, Ms. Ruch recalled, the governor remarked that she seemed “aggressive” and placed his hands on her cheeks. He asked if he could kiss her, loudly enough for a friend standing nearby to hear. Ms. Ruch was bewildered by the entreaty, she said, and pulled away as the governor drew closer.

“I was so confused and shocked and embarrassed,” said Ms. Ruch, whose recollection was corroborated by the friend, contemporaneous text messages and photographs from the event. “I turned my head away and didn’t have words in that moment.”

You would think he would’ve already resigned after covering up  thousands of deaths due to his decision to send COVID patients into Nursing Homes.