Wokeism: A Religion without Redemption 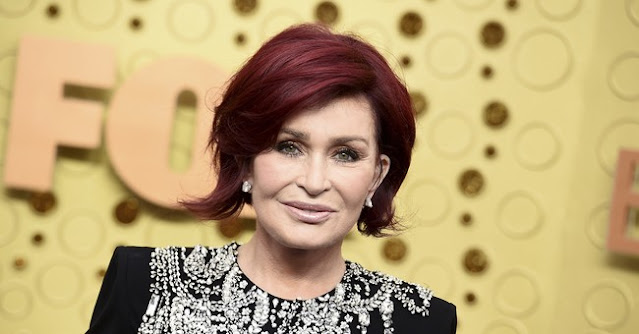 Many have observed that “wokeness” functions much like a religion, with its own infallible doctrine (supposedly science, but in actuality mostly social science, which is to say not science); its own clergy (social scientists, woke scientists, and celebrities); its own sacraments (abortion, “gender reassignment” surgery); its own list of cardinal sins (“racism,” “whiteness,” science “denialism”); even its own religious vestments (these days, cheap cloth masks).

However, there is one thing virtually every major religion offers that wokeism does not: the possibility of redemption.

Judaism has Yom Kippur, the Day of Atonement, when adherents repent of the wrongs they have done and seek forgiveness from God and others. In Islam, the concept of Tawba also requires the faithful to repent and offer restitution to any they have harmed. And Christians, of course, rely for forgiveness on the Atonement of Jesus Christ, as we forsake our sins and forgive those who have sinned against us.

What all three have in common is, first, the idea of a loving, forgiving God, and second, the recognition that we human beings are imperfect and therefore in constant need of forgiveness, from God as well as from our fellow beings (to whom we also owe forgiveness). The “religion” of wokeism offers no such comfort. Once you have violated one of its many and rapidly evolving tenets, not only will you never, ever be forgiven, but you must be cast out.

Recent examples abound. Consider Rachael Kirkconner, “winner” of the most recent season of “The Bachelor,” who has been effectively canceled for “racism” after photos surfaced of her attending an antebellum-themed party in college. Her tearful apologies availed her nothing. Even The Bachelor himself, Matt James, with whom she had supposedly fallen in love—and he with her—rejected poor Rachael, boo-hooing most unmanfully that she had “hurt” him by doing something completely harmless that affected him not at all years before she even knew he existed. No matter. Her sin against wokeness was just that vile, despite the fact she could not even have known it was a sin three years ago, nor could anyone else.

Then there’s Chris Harrison, the silly show’s former host, who had both the temerity and the incredibly poor judgment to defend Rachael from what he described, accurately, as the “woke mob.” He was first suspended, then fired. After several subsequent groveling sessions on various talk shows, in which his apologies became increasingly more abject, his self-flagellation progressively more vigorous, he has yet to be forgiven. Nor will he be. His name has been effectively blotted out, except perhaps as a footnote: “Watch what you say, or this will happen to you, too.”

Of course, no one can be that careful about what they say, especially when there’s no way of knowing in advance what you won’t be allowed to say (or do) six months from now. But I’m getting ahead of myself.

Then there’s Sharon Osbourne, now-former host of “The Talk,” who is the former host because she defended her friend Piers Morgan when he too was fired from his television gig after criticizing Meghan Markle for attacking the Royal Family. (Whew. Re-reading that last sentence gives me a headache).

Apparently, the only possible reason for anyone to criticize the whiny, vapid ingrate Ms. Markle is because she’s Black. (Wait. She’s Black?) So that makes Morgan a racist and by extension makes Osbourne a racist for defending him. Got that? Hence, both must be canceled. And so they were, even after issuing suitably contrite apologies. (In Osbourne’s case, anyway. I don’t think Morgan has apologized, for which I give him props). But no degree of contrition will ever suffice. No forgiveness on this crazy train for you, Sharon.

In the Church of Woke, even Black people can be anti-Black racists, thus sinners, as former Fox News commentator Stacey Dash has learned to her sorrow. Poor Stacey has also been making the apology tour, confessing her original sin of once having conservative (read: racist) thoughts. The jury is still out as to whether she will be pardoned and readmitted into polite society. But since this particular jury seems to issue only the death-of-reputation penalty, Ms. Dash’s chances don’t look good.

The moral of these stories is clear: You can never be woke enough. Conformity with right-think is and always will be a moving target. What was acceptable to do, say or believe a few years ago—heck, a few weeks ago—can get you canceled today, with no hope of forgiveness in this life or the next. So why would anyone even try? Who can live like that?

The beauty of being a Christian (and incidentally a conservative) is that you don’t have to. You just have to do your best to observe the two Great Commandments—love God and love your neighbor as yourself—with the knowledge that, when you screw up, as you will, God will forgive you. So will your fellow Christians, for it is incumbent upon them to do so. Not only that, but they will help, uplift, and support you as you strive to become a better person. Because that’s what all of us, sinners that we are, are trying to do. And not one of us has yet reached perfection.

If you’re a young (or not-so-young) person searching for meaning in life, I can certainly understand that. But given human nature, meaning is inextricably linked to redemption, without which there can only be despair. Since you will never find redemption in wokeism, you will never find meaning there, either.