The real minimum wage is zero 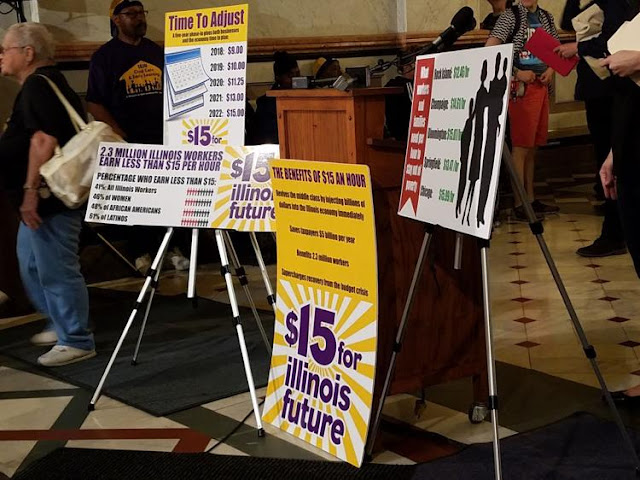 Until 1938, the U.S. Supreme Court sided with business over labor citing it was an unconstitutional delegation of government authority to dictate to industry what to pay workers. The Court continually ruled there was no Constitutional basis for a guaranteed income. In the 1800s during the Industrial Revolution, the Court heard numerous cases as new industries developed but they failed to rule in favor of labor. Their opinion was employers would reward the good workers with increased wages.

Until the Great Depression, the Court ruled that states were responsible for wages and labor under the 10th Amendment. But that would change dramatically under Franklin Roosevelt. From the day he took office, he backed legalization to control industry and empower workers and unions. But it was not until 1938 when he was asked to address child labor conditions in the Depression work place that he had an opportunity to fulfill his New Deal promise to establish a federal minimum wage.

After losing his battle to “pack the court,” FDR lost support from his party, and needed a signature bill. Opportunity knocked when U.S. Sen. Hugo Black proposed legislation to protect child labor and provide a federal minimum wage. And in 1938, Congress passed The Fair Labor Standards Act. It created a federal minimum wage, a 40 hour work week and established child labor protections.

“Democracy is not safe if the people tolerate the growth of private power.”

When Congress passed the Fair Labor Standards Act, it represented a major shift in labor policy. For the first time, the federal government was able to dictate to private industry how much they had to pay a person for any job regardless of skills or education requirements. It has haunted us since.

“The 10th Amendment is not a 'general assumption' but rather a rule of law for the states.”

Recent data from The Bureau of Labor Statistics reveals that in seven states, the minimum wage rises based on a cost-of-living index. In another nine states and Washington D.C., the minimum rate rises on a multiyear schedule. Another eight states increase the rate yearly until it reaches a certain plateau and the legislature reviews inflation and cost of living data and they put out a new formula.

It has been over eight decades since the FLSA passed and there is no proof that increases in the minimum wage improves anyone’s standard of living. British magazine “The Economist” lists three countries – Spain, Greece and South Africa – that continually have the highest rate of unemployment regardless of global economics. They have the most generous minimum wage laws in the world.

Over 60% of minimum wage workers in Africa are jobless, according to the World Bank. In North Africa, the youth unemployment rate is 25% and it is even greater in Botswana, the Republic of the Congo, Senegal, and other parts of Africa. With 200 million people between 15 and 24, Africa has the largest population of young people in the world, and the highest per capita unemployment rate.

In contrast, Switzerland has no minimum wage and low unemployment. The World Bank credits the overall health of the Swiss economy to its incentive-driven labor policies that drive productivity. It is also not part of the EU, which allows them to formulate independent lucrative trade deals and control their own immigration policies. The result is an unemployment rate averaging less than 3%.

“How can the Swiss stay in business when their watches last for a lifetime?”

Biden pledged to double the minimum wage to $15. While the CBO said this would have a negative impact on employment and hurt our recovery, Biden disagreed: “There’s no evidence when you raise the minimum wage, businesses close. They only cut hours and adjust payrolls.”

In 2019, the nonpartisan Congressional Budget Office estimated a $15 minimum wage would eliminate at least 1.3 million jobs. The CBO concluded that an increase this large would reduce business income, raise consumer prices, and it could cause major damage to a weak economy.

The U.S. economy was fragile when Biden took office and the CBO told him not to anticipate much improvement throughout 2021. Our nation needs more business income, not less. We need more jobs, not more unemployment. We do not need anything to slow our economic growth; we need to stimulate growth. Only the Chinese will profit if Biden’s minimum wage stratagem becomes law.

According to the Bureau of Labor Statistics, half of all workers in 20 states earned $18 per hour or less in 2019. In 35 states, the median hourly wage was less than $20. Biden’s desire to raise the minimum wage to mirror the median wage would price many workers out of the market and force businesses to shut down. This massive unemployment would over-tax our social service network.

University of Washington economist Jacob Vigdor studied the effects of Seattle’s increase in its minimum wage to $13 in 2016, on its way to $15. It led to a 9% reduction in low-wage jobs. The pay increase didn’t make up for the reduction in employment, and earnings fell for low-wage workers overall. Vigdor also found that any financial gains were offset with cuts in hours worked.

During one of the presidential debates when Donald Trump accused Biden of bowing down to the socialists, Biden responded, “Trump thinks he's running against someone else. Well he's running against Joe Biden. I beat those other guys because I disagreed with them.” Yet a $15 an hour minimum wage is one of the many progressive and socialist policies that Biden now supports?

Thomas Sowell wrote, “Any liberal will tell you government can fix everything.” Federal mandating of higher hourly pay rates places the burden of fighting poverty on the employers of the low-wage workers and the customers of low-wage businesses. It deprives the most vulnerable, least-skilled and least-experienced workers of an opportunity to earn their way into better paying career jobs.

If people demand a minimum wage, then the states must establish it, not the federal government. The central government does not control local labor markets, the states do. Those who think Joe Biden can give them a raise with the stroke of his pen will end up unemployed.

“The fact that so many successful politicians are such shameless liars is not only a reflection on them, it is also a reflection on us. When the people want the impossible, only liars can satisfy.”