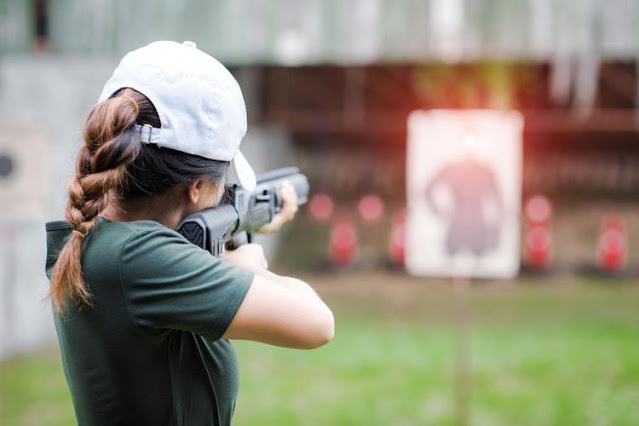 “The very atmosphere of firearms anywhere and everywhere restrains evil interference. They deserve a place of honor with all that is good. When firearms go, all goes.” 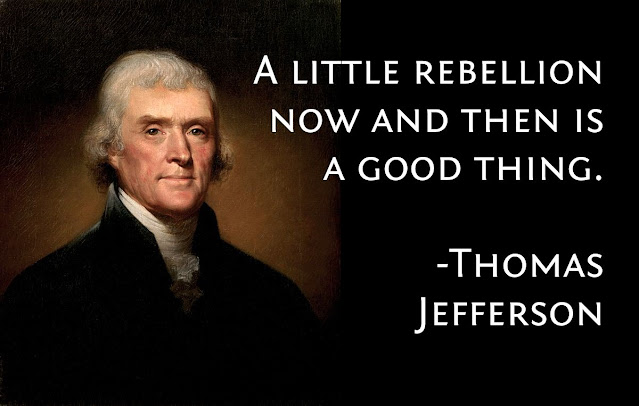 Thomas Jefferson told the colonial patriots, "The strongest reason for people to retain the right to keep and bear arms is, as a last resort, to protect themselves against tyranny in government."
When our founders wrote the Declaration of Independence, they listed the many grievances and reasons why the colonies must rebel against British authoritarian rule. They were well aware by doing this they would be living under the threat of fierce retaliation; since this was open rebellion.

At the time they had no militia, only armed patriots willing to step forward and fight for their liberty.

On April 19, 1775, when armed American patriots confronted British soldiers at Lexington, the first shots of the American Revolution were fired. But it was not until July 3, 1775, when General George Washington was given command of the patriot volunteers, that we had an army. And after six years of struggles and setbacks, Washington led this rag-tag group of self-armed patriots to victory in 1781. 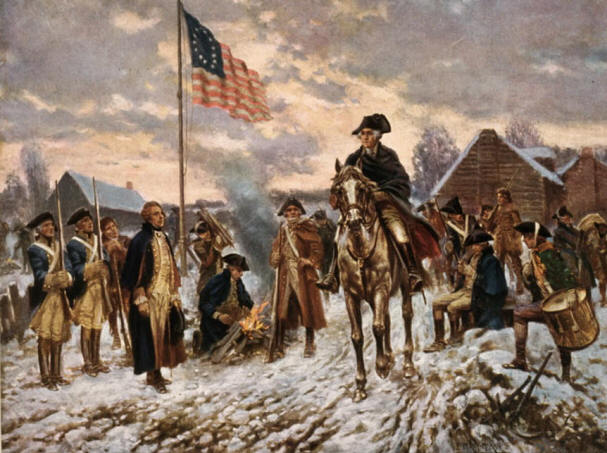 The Revolutionary War was fought by ordinary citizens who took up arms against abuse and denial of liberties by a tyrannical government. Without weapons, the colonies would have had no recourse but to remain second class subjects instead of first class citizens. Fear of government abuse was so contentious the colonies refused to ratify the Constitution without a guarantee they could bare arms.

“No state Constitution shall limit the right of any citizen to bare arms.”

During the first millennium of our nation, anyone who mentioned “gun control” would have faced the hangman’s noose. Americans viewed gun ownership not as a Constitutional privilege or a right: It was a necessity; a way of life. Every home had firearms displayed over the fire place mantle or in the kitchen and behind the front door. A gun was more than a weapon: It was a tool for survival. This tool was used to defend the family from intruders, put food on the table, and kill wild animals.

It was not until the government made a criminal out of every American with the 18th Amendment that outlawed alcohol did politicians try to restrict gun ownership. Gangsters, like Al Capone, were trafficking in illegal spirits as federal Prohibition led to a massive increase in organized crime. And the federal government rationalized, with gun registration and control, this would limit and possibly eliminate organized crime?

Franklin Roosevelt campaigned to pass strict gun control laws. In 1933 as president, he and his Democratic Congress introduced a number of bills to limit or outlaw ownership of firearms. Sen. Royal Copeland, D-NY, proposed the banning of all automatic weapon sales across America.

According to UCLA law professor Adam Winkler, FDR bowed to pressure from the NRA and he signed the National Firearms Act of 1934. This was a tax and registration scheme to discourage the sale of automatic rifles during the Depression. "The $200 tax was not just a tax; it was also to discourage people from buying automatic firearms. It became a tool used to arrest criminals also.”

The end of Prohibition did not stop politicians from abridging our Second Amendment rights. Congress reacts to every act of violence by passing laws to disarm Americans rather than putting more of these violent criminals in jail! This warped logic only takes more guns out of the hands of our law-abiding citizens.

“My control policy is if there's a gun around, I want to be in control of it.”

In 1968, Congress passed the Gun Control Act to monitor mail order gun sales when Lee Harvey Oswald assassinated John F. Kennedy. In reaction to the assassination attempt on President Ronald Reagan in 1993, Congress passed the Brady Handgun Act that established the National Criminal Background Check System. Gun dealers check this before selling any gun to anyone.

Biden campaigned to pass strict gun control laws in line with all other leftist candidates. Now that the progressive socialists control Washington, they’re after our Second Amendment rights! Texas Rep. Sheila Jackson Lee wants to make it more difficult to purchase firearms and register all firearms. Her bill would also ban certain types of ammunition and place a hefty federal tax on every gun sale.

California U.S. Rep. Mike Thompson wants a federal gun registry and Biden has a progressive dream plan for a mandatory buy-back plan for various guns. He will put a huge surcharge on ammunition. U.S. Sen. James Clyburn introduced a bill to tighten a loophole in one gun law that enabled a former criminal to buy a handgun used in a 2015 shooting. Yet it was later found the gun was purchased illegally.

Progressives argue the Second Amendment is a prolepsis intended only to protect a state's right to maintain a militia; and therefore individuals cannot claim it as a “personal right”. Yet the Second clearly states: "A well regulated Militia, being necessary to the security of a Free State, the right of the people to keep and bare Arms, shall not be infringed." What is so hard to understand about that?

Aldous Huxley wrote, “History is the most important of all lesions.” In his book “Gun Control in the Third Reich,” historian Stephen Halbrook presents compelling evidence that it was Adolf Hitler’s strict gun registration demands that enabled him to identify gun owners and confiscate all guns. This effectively disarmed his opponents and paved the way for the Holocaust and World War II.

“The great masses of people will more easily fall victim to a big lie than a small one.

During ratification Jefferson warned us, “The right to ‘keep and bare arms’ is an essential right of the people to defend them when necessary, both collectively and individually.” But he added: “It is not an absolute personal right because there are no absolute rights as long as there are those trying to take them.” He concluded: “Always be prepared to defend this right at all costs, as you would your right to freedom and liberty. This is not a question of a constitutional right but God given privilege.”

Progressives are eliminating portions of our Constitution they don't like. This will continue to erode our unalienable rights and demolish states rights until we stop them! The Second Amendment is the only legal weapon we have to protect what remains of the enumerated freedoms in the Bill of Rights. If we do not protect the Second Amendment, our liberty will be a lost forever.