A Pipeline, a Public Official and a Private Jet 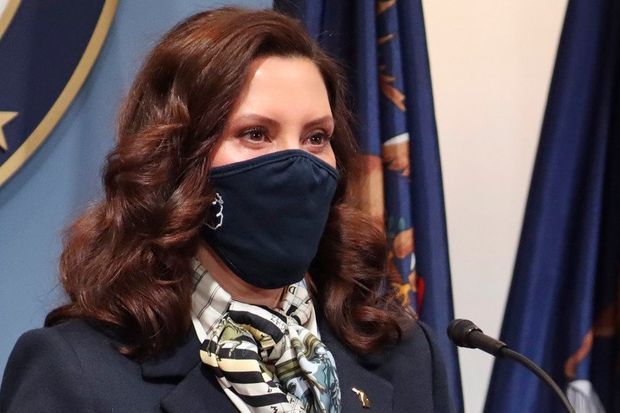 Energy Secretary Jennifer Granholm took to CNN this morning to assure a nervous public that “the gas is flowing” and now tweets that “it’s a great relief that #ColonialPipeline Company is resuming full operations”.

“I totally understand the fear that people have to not be able to go somewhere in an emergency,” said Ms. Granholm on CNN.

Some consumers may be wondering why the 62-year-old energy secretary and former governor of Michigan is just now discovering the value of fossil fuels in supporting life and human flourishing. Houston Keene of Fox News reports:

President Biden’s energy secretary is facing renewed backlash for canceling the Keystone XL pipeline permit after she admitted this week that using a pipeline is “the best way” to transport fuel.

At a Tuesday press conference, Department of Energy (DOE) Secretary Jennifer Granholm was asked by a reporter about the “feasibility of using rail cars” to transport fuel across the country as the nation faces a gas shortage from a Russian cyber attack.

Granholm also said the Colonial pipeline, which runs from Texas to New York and is similar to the recently canceled Keystone XL pipeline, is the premiere way to pump petroleum into communities.

Here’s hoping that Michigan’s former governor is sincere in expressing a new understanding of the need for plentiful and reliable petroleum supplies.

Unfortunately, Michigan’s current governor is still clinging to that old-time green non-religion. Despite a lack of legal authority, the current gov is attempting to create a local chokepoint on oil supply. Beth LeBlanc reports this week for the Detroit News:

While the state’s Democratic attorney general is saying she can’t close Line 5 without a court order, Michigan’s Democratic governor is insisting Enbridge will be considered a trespasser if it continues to operate the oil pipeline in the Straits of Mackinac after Wednesday.

Gov. Gretchen Whitmer warned an Enbridge executive Tuesday that if the Canadian company continued to operate in the Straits past Wednesday, the state would seek its profits if it eventually prevails in its legal fight to revoke the pipeline’s easement. Continued operations would be considered “an intentional trespass,” she said.

The company, Whitmer said, “will be liable for unjust enrichment, which will require disgorgement to the state of all profits derived from its wrongful use of the state’s property.”

Green groups are cheering, but a federal court has encouraged negotiation, not a unilateral Whitmer attempt to DarkSide the oil pipeline. Ms. LeBlanc reports:

“A shutdown of Line 5 has serious, broad ramifications and raises substantial federal and international questions relating to interstate and international commerce,” Enbridge spokesman Ryan Duffy said. “That is why the case is in federal court where the judge has ordered mediation.”

... The state argued its case for the closure in Ingham County Circuit Court before Enbridge moved it to federal court and filed its own lawsuit maintaining that regulation of the pipeline is exclusive to the federal government, namely the Pipeline and Hazardous Material Safety Administration.

Even beyond Gov. Whitmer’s attempt to exercise a power that the state’s Democratic attorney general says she doesn’t have, there is naturally the question of why a politician would choose this of all moments to draw attention to her effort to close an energy pipeline.

Perhaps the media alternative could be even worse. “Gov. Whitmer is still struggling to answer basic questions about her recent trip to Florida, and who paid for the private jet she took (other than saying it wasn’t at taxpayer expense),” notes the indispensable Ingrid Jacques on Twitter.

This column recently noted that Gov. Whitmer defied her own Covid travel advisory to make the trip. Now there are questions about who facilitated her conspicuous consumption of fossil fuels.

Gov. Gretchen Whitmer said Wednesday her flight to visit her father was not paid for by taxpayer dollars and was not “a gift,” but she declined to provide additional information about how the trip was funded...

For the trip, Whitmer took a private plane that’s usually shared by three of Michigan’s most prominent political donors, The Detroit News reported last week. The Nicholson family of PVS Chemicals, the Moroun family of the trucking company Central Transport and the Cotton family, which formerly ran Meridian Health, are among those who use the Gulfstream G280 flown by Air Eagle LLC, according to a source with knowledge of the arrangement.

The Moroun family has denied any involvement in arranging the flight carrying the governor. Air Eagle has refused to release information about its passengers or flights.

If politicians like Gov. Whitmer didn’t have double standards, would they have any standards at all?

James Freeman is the co-author of “The Cost: Trump, China and American Revival.”