For 2022, Trump Returns to the Secret Sauce That Gave the GOP Congress in a Historic Landslide 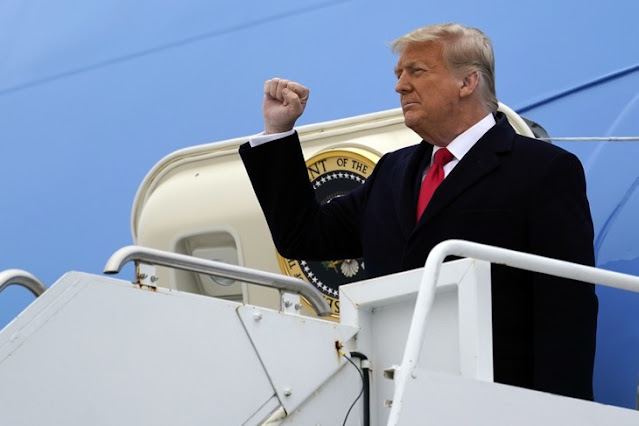 Setting his sights on the 2022 midterm elections, former President Donald Trump has begun crafting a policy agenda that echoes a historic Republican election victory under a Democratic president, the “Contract with America” in 1994. Trump has also brought in the man responsible for the 1994 midterm victories, former House Speaker Newt Gingrich.

In recent weeks, Trump has sat down with Gingrich, Mark Meadows (his former chief of staff and a former Republican congressman), and Sen. Lindsey Graham (R-S.C.) at Mar-a-Lago to begin crafting a document to spearhead 2022 Republican victories just as the Contract with America helped propel Republicans to majorities in both the U.S. House of Representatives and the U.S. Senate, Politico reported.

Gingrich told Politico that the 2022 “Contract with America” will not likely debut soon, but he did list many potential priorities for the document.

“It should be positive,” Gingrich said. “School choice, teaching American history for real, abolishing the ‘1619 Project,’ eliminating critical race theory and what the Texas legislature is doing. We should say, ‘Bring it on.'”

Republicans have used the “Contract with America” in other elections since. In 2010, the so-called Republican “Young Guns,” led by Reps. Eric Cantor (R-Va.), Paul Ryan (R-Wisc.), and Kevin McCarthy (R-Calif.), introduced an updated Contract with America before the 2010 Republican wave. Graham, who signed the contract in his 1994 House race, has advocated for Republicans to adopt contract-style declarations to unify the party.

Trump’s decision to return to the 1994 playbook will likely help the GOP gear up for key races in 2022. President Joe Biden has already presided over growing inflation, persistent unemployment, high gas prices, a historic border crisis, and war in the Middle East, much of which has been his own doing. The 2020 census will also give Republicans a slight edge in the 2022 midterms.

If the GOP wins big next year in an echo of 1994, Biden seems unlikely to follow Bill Clinton’s lead by moving to the center and working with the Republican Congress. Expect an Obama-style retrenchment and more “pen-and-phone” tactics.

Senior editor of PJ Media, Tyler O'Neil is an author and conservative commentator. He has written for numerous publications, including The Christian Post, National Review, The Washington Free Beacon, The Daily Signal, AEI's Values & Capitalism, and the Colson Center's Breakpoint. He enjoys Indian food, board games, and talking ceaselessly about politics, religion, and culture. He has appeared on Fox News' "Tucker Carlson Tonight." He is the author of Making Hate Pay: The Corruption of the Southern Poverty Law Center.

Statements by Donald J. Trump, 45th President of the United States of America 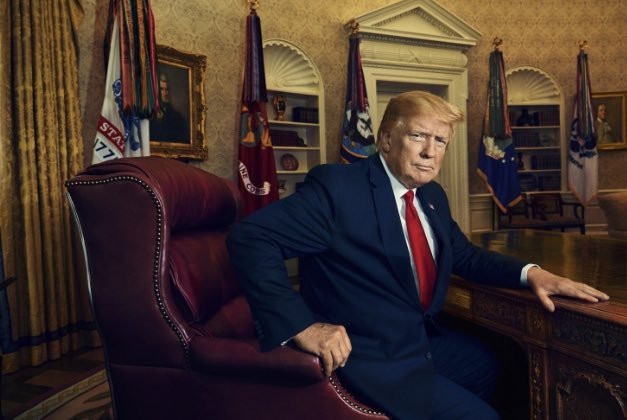 A new Ipsos/Reuters poll ‘Beliefs Among Republicans’ shows 53% believe Donald Trump is the true President (I always knew America was smart!). 2020 Election was tainted 56%. The Election was stolen (and Rigged!) 61%.

New United States COVID cases, because of the record-breaking development of the vaccine and its early purchase and distribution by the Trump Administration, has hit its lowest level in more than one year, and falling fast. I want to thank all within the Trump Administration who pushed so hard for a vaccine and got it done in less than nine months when everybody was saying it would take at least 3-5 years, and probably not happen. Without the vaccine the world would be a much different place right now. Thank you also to the U.S. Military for its incredible distribution and logistical planning. Operation Warp Speed and our decision to purchase billions of dollars of vaccine before it was even approved, has been “One of the greatest miracles of the ages,” according to many. Thank you!

Arizona Republican State Senators are engendering such tremendous respect, even adoration, for the great job they are doing on the Forensic Audit of the 2020 Presidential Election Scam. Our Country is watching as early public reports are indicating a disaster, far greater than anyone had thought possible, for Arizona voters.

From the Desk of  Donald J. Trump 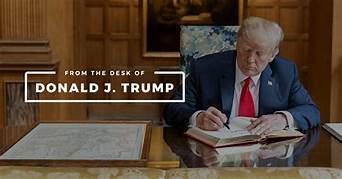 This is a continuation of the greatest Witch Hunt in American history. It began the day I came down the escalator in Trump Tower, and it’s never stopped. They wasted two years and $48 million in taxpayer dollars on Mueller and Russia Russia Russia, Impeachment Hoax #1, Impeachment Hoax #2, and it continues to this day, with illegally leaked confidential information.

No other President in history has had to put up with what I have had to, and on top of all that, I have done a great job for our Country, whether it’s taxes, regulations, our Military, Veterans, Space Force, our Borders, speedy creation of a great vaccine (said to be a miracle!), and protecting the Second Amendment.

This is purely political, and an affront to the almost 75 million voters who supported me in the Presidential Election, and it’s being driven by highly partisan Democrat prosecutors.

New York City and State are suffering the highest crime rates in their history, and instead of going after murderers, drug dealers, human traffickers, and others, they come after Donald Trump.

Interesting that today a poll came out indicating I’m far in the lead for the Republican Presidential Primary and the General Election in 2024.

Our Country is broken, our elections are rigged, corrupt, and stolen, our prosecutors are politicized, and I will just have to keep on fighting like I have been for the last five years!