A Terrifying Omen For America Under Biden Becomes Even Worse 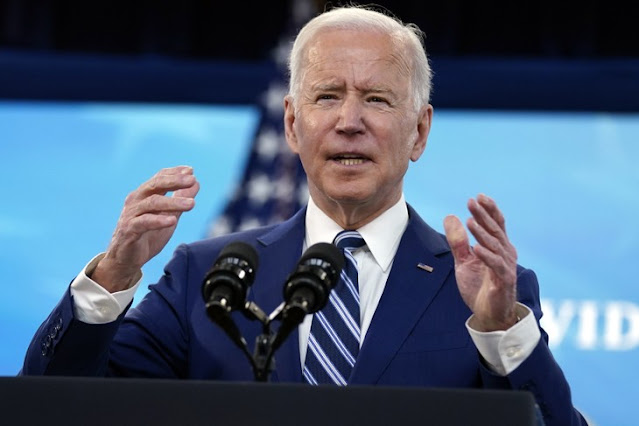 A new portent of doom for the U.S. economy and the Democrats led by President Joe Biden hit the presses — a key measure of inflation in the month of April proved worse than expected. This, combined with persistently high unemployment numbers coming out of the COVID-19 pandemic, bodes ill for the recovery and should jolt Americans out of their complacency with the Biden administration’s profligate spending.

The core personal consumption expenditures index, which officials at the Federal Reserve consider to be the best indicator of inflation, rose 3.1 percent in April, above the 2.9 percent that economists predicted, the Commerce Department reported on Friday, CNBC reported. In March, the index only rose 1.9 percent.

The index captures more price movements across a variety of goods and services and is generally considered a wider-ranging measure for inflation than the Labor Department’s consumer price index, which accelerated 4.2 percent last month.

The Fed considers 2 percent to be healthy, although it will allow the price index to grow in the interest of promoting full employment. Unfortunately, unemployment remained above 6 percent in April despite economists predicting that it would dip below 6 percent.

This persistent unemployment should not surprise Americans who are familiar with the Democrats’ $1.9 trillion blue pork bill masquerading as a “COVID-19 relief” stimulus. Only 8.6 percent of the funding went directly to combatting the pandemic, while hundreds of billions went to blue-state bailouts. The bill also sent $1,400 checks to individuals, and extended the $400/week “enhanced” unemployment benefits.

Thanks to this “enhanced” unemployment, many workers make more money without a job than they did when they had one. Rather than reconsidering this perverse incentive not to work, Biden and his fellow Democrats further entrenched it.

Biden’s other policies would also make the economic situation worse. The president has called for Congress to spend trillions more in social programs that his tax plans cannot hope to fund. Essentially printing money decreases trust in the U.S. dollar and sparks inflation.

As PJ Media’s David Goldman wrote, “inflation is an insidious tax that robs the poor and the middle class. It favors the U.S. government, the world’s biggest debtor, because the government expects to pay back its creditors in Monopoly money. It crushes the real earnings of the vast majority of American households and destroys their savings. That’s what the Democratics are up to. And that’s what might bring them down–just as 12% inflation brought down Jimmy Carter in 1980.”

Biden is bribing the American people into voting themselves more money, and his proposed “infrastructure” bill is packed full of bribes to Democratic constituencies. Even Obama’s Treasury Secretary Larry Summers warned that inflation indicators are flashing a red alarm — and that was last month.

Yet even the core personal consumption expenditures index and unemployment do not grasp the full danger of America’s economic situation. The rise in inflation came with a sharp deceleration in personal income, which declined 13.1 percent. Personal income had surged 20.9 percent in March during the latest round of stimulus checks.

In other words, the federal government is making a play to put almost the entire U.S. population on the dole. Americans feel the difference between life with government checks and life without them, even though there is no foundation beneath that government spending.

While President Donald Trump began the COVID-19 stimulus checks, he did so at a time when government lockdowns had gutted the U.S. economy and the government arguably had a duty to help make Americans whole. Now, the government needs to step back and let the economy recover, but Biden is trying to do the opposite.

The specter of Carter-style stagflation may destroy the Democratic Party, and Republicans need to make sure Biden and his cronies are held accountable for this damage. Tragically, this also means America is in for a painful few years.

Senior editor of PJ Media, Tyler O'Neil is an author and conservative commentator. He has written for numerous publications, including The Christian Post, National Review, The Washington Free Beacon, The Daily Signal, AEI's Values & Capitalism, and the Colson Center's Breakpoint. He enjoys Indian food, board games, and talking ceaselessly about politics, religion, and culture. He has appeared on Fox News' "Tucker Carlson Tonight." He is the author of Making Hate Pay: The Corruption of the Southern Poverty Law Center. Follow him on Twitter at @Tyler2ONeil.