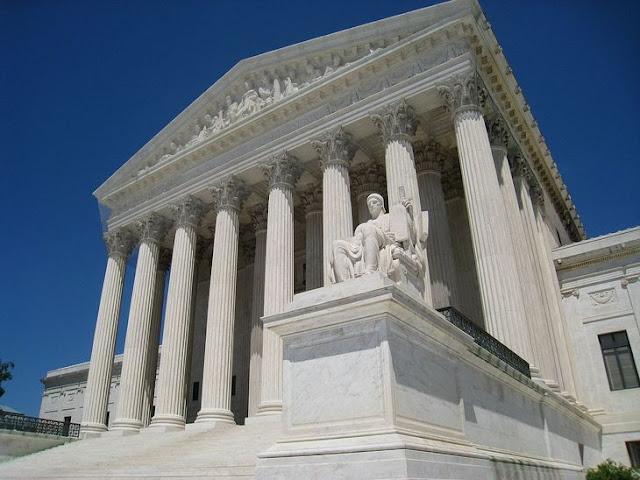 The Supreme Court delivered a historic unanimous victory for religious freedom on Thursday, ruling that the City of Philadelphia violated the First Amendment by refusing to contract with Catholic Social Services (CSS) because it would not place children with same-sex couples. The Court ruled that Philadelphia cannot discriminate against religious foster care agencies based on their fundamental beliefs about marriage and sexuality.

“CSS seeks only an accommodation that will allow it to continue serving the children of Philadelphia in a manner consistent with its religious beliefs; it does not seek to impose those beliefs on anyone else. The refusal of Philadelphia to contract with CSS for the provision of foster care services unless it agrees to certify same-sex couples as foster parents cannot survive strict scrutiny, and violates the First Amendment,” Chief Justice John Roberts wrote in the majority opinion in Fulton v. Philadelphia (2021).

While the ruling constitutes a major victory for religious freedom, the Court did not strike down the horrendous precedent Employment Division v. Smith (1990), in which the Court held that a neutral and generally applicable law typically does not violate the Free Exercise Clause. Barrett’s opinion called on the Court to strike Smith, but Roberts and the liberal justices may have hesitated to find in favor of CSS had Barrett and others insisted on overturning Smith.

The Court ruled that Philadelphia’s requirement for CSS to place children with same-sex couples did not fall under the public accommodations law as the city claimed. “Certification as a foster parent is not readily accessible to the public; the process involves a customized and selective assessment that bears little resemblance to staying in a hotel, eating at a restaurant, or riding a bus. The District Court’s contrary conclusion did not take into account the uniquely selective nature of foster care certification,” Roberts argued.

While Fulton v. Philadelphia did not deliver the key religious freedom blow to overly restrictive LGBT public accommodations laws that many conservatives sought, it did defend the fundamental right of religious liberty for foster care providers, setting an important precedent for future cases.

“Today’s decision prohibits government sanctioned discrimination against religious adoption and foster care agencies because of their beliefs about marriage,” Ashley McGuire, senior fellow at The Catholic Association, said in a statement.

“Catholic adoption agencies have been placing vulnerable children in loving homes for centuries without discriminating based on race, religion, sex, or disability. But those agencies have become the latest victim of woke culture as activists seek to push them out of the adoption and foster care space because of their religious values. Those efforts are rooted in an anti-Catholic bigotry that refuses to tolerate pluralistic views and beliefs,” McGuire explained. “Thankfully the Supreme Court has put an end to efforts to close down and cancel the faith-based agencies whose work on behalf of marginalized children is invaluable.”

“Punishing religious organizations for acting consistently with their sincerely held religious beliefs is wrong,” Kelly Shackelford, president and CEO of First Liberty Institute, said in a statement. “The Court ensured that religious adoption providers can continue their centuries-old work serving families and children without suffering government discrimination because they believe that the best home for a child includes a mother and father.  This is a tremendous victory for religious liberty.”

“The government can’t single out people of certain beliefs to punish, sideline, or discriminate against them,” Kristen Waggoner, general counsel at Alliance Defending Freedom (ADF), said in a statement. “We’re grateful for the good decision today consistent with that principle. And so now is the perfect time for the high court to address a religious freedom question that has been pending for years in Arlene’s Flowers, the case of Washington floral artist Barronelle Stutzman. She has waited far too long for justice—now is her time.”

“As the Supreme Court wrote in its Masterpiece Cakeshop decision, which I argued on behalf of cake artist Jack Phillips, it is not ‘the role of the State or its officials to prescribe what shall be offensive.’ Despite that, Jack has been sued twice more, Barronelle continues to live with the threat of losing her business and life savings, and numerous others exist with the looming possibility of unconstitutional government coercion and punishment, all because they won’t act contrary to their faith and conscience,” she added. “The Supreme Court’s intervention is sorely needed to end this abuse of power.”

Philadelphia’s CSS is far from the only Christian adoption or foster care agency facing the ire of the LGBT activists. Many activists have used similar public accommodations laws to try to force their beliefs about sexuality and gender on religious organizations. This key Court victory should protect Christian adoption and foster care agencies, and perhaps other similarly situated religious organizations.

Senior editor of PJ Media, Tyler O'Neil is an author and conservative commentator. He has written for numerous publications, including The Christian Post, National Review, The Washington Free Beacon, The Daily Signal, AEI's Values & Capitalism, and the Colson Center's Breakpoint. He enjoys Indian food, board games, and talking ceaselessly about politics, religion, and culture. He has appeared on Fox News' "Tucker Carlson Tonight." He is the author of Making Hate Pay: The Corruption of the Southern Poverty Law Center. Follow him on Twitter at @Tyler2ONeil.