Biden Admin Alerts Americans: You're Going to Be Paying 54% More If You Want Heat This Winter

By Samantha Chang |The Western Journal 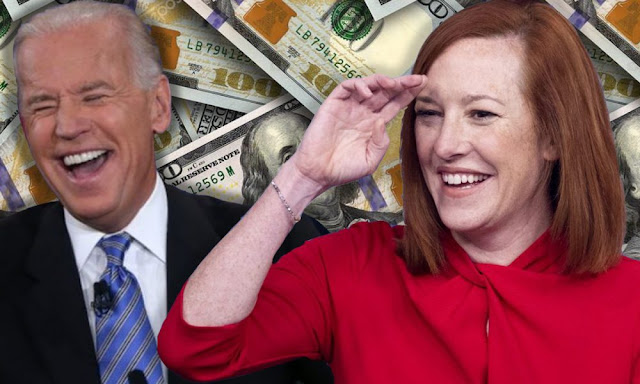 As if Americans aren’t suffering enough amid soaring inflation, their heating bills this winter could be 54 percent higher than they were a year ago, when Donald Trump was president and energy costs weren’t as exorbitant as they are now.

“We expect that households across the United States will spend more on energy this winter compared with the past several winters because of these higher energy prices and because we assume a slightly colder winter than last year in much of the United States,” the U.S. Energy Information Administration wrote in an alarming report Wednesday.

The EIA, which is the statistical arm of the Biden administration’s Department of Energy, said prices for all fuels will be higher this winter than in previous years, and those costs will be passed down to consumers.

“On average across the United States, we expect prices for all fuels to be higher than in recent winters,” the EIA wrote.

“Rising wholesale commodity prices for natural gas, crude oil, and petroleum products are being passed through to retail prices.”

This was part of a sweeping initiative to make climate change a focal point of his administration’s domestic and foreign policies.

So far, all it did was erode the nation’s energy independence, eliminate energy-sector jobs and set the stage for higher utility costs for all Americans, including sky-high gas prices. That’s what we’re seeing now.

The EIA report said Americans will be impacted by steep energy prices regardless of which fuel source they use to heat their homes.

Naturally, these heating costs will be even higher if the winter is colder than expected: Propane users would see a 94 percent price increase, according to the EIA.

It will be unspeakably tragic if people freeze to death because they can’t afford to pay their sky-high heating bills.

Biden and the Democratic Party claim to champion the middle class and low-income groups, but those are the people who are being hurt the most by surging energy prices and rampant inflation.

Mark Wolfe, executive director of the National Energy Assistance Directors’ Association, said the poorest Americans will suffer the most.

“This is going to create significant hardship for people in the bottom third of the country,” Wolfe told The Associated Press. “You can tell them to cut back and try to turn down the heat at night, but many low-income families already do that. Energy was already unaffordable to them.”

She agreed that surging consumer prices will hurt low-income Americans the most.

Where are Americans seeing inflation? A lot of places:

Hardison told the AP that households seeking her group’s assistance this year have unpaid bills that are twice as high as they were a year ago.

While Americans are buckling under the weight of our cratering economy, Biden’s top priorities appear to be mass-importing unvetted armies of illegal aliens and stoking race wars.

Samantha Chang is a politics writer, lawyer and financial editor based in New York City.