Domenech: Doing nothing is what the federal government does these days 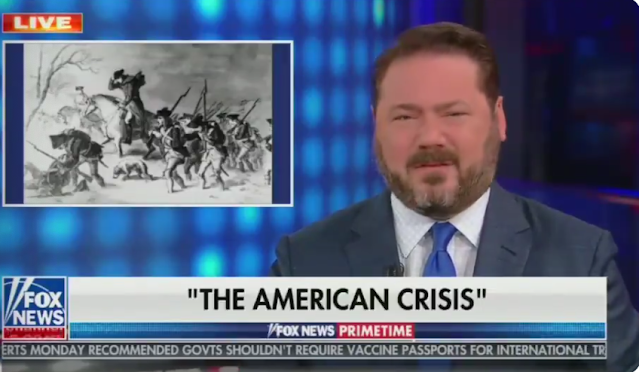 What the government cannot do is what everyone expects a government to do says Fox News host, Ben Domenech.

Domenech said on 'Fox News Primetime' the incompetence within the government under the Biden administration is unprecedented.

The Left wants to 'hate' everything Americans were raised to love.

The Crisis we face today goes to the heart of what kind of nation we will be. As in 1776, it is a question of who rules. Is it the globalist tech oligarchs? Hollywood executives beholden to China? The race radicals who dominate our universities? A fundamentally anti-American media? The frail feeble politicians and the Marxist children of the left?

Or is it us - the American people - a great people, a free people, who above all care not for money or power, but for the nation that we love?

Understand it is the totalitarian left that WANTS a national divorce. They want racial strife that burns down your cities. They want envy and segregation and division that pays for their million dollar homes in Topanga Canyon. They want to demolish Mount Rushmore, make you pay for abortions, and force your daughters to compete in sports against men. They want to teach your children to hate cops, the anthem, the flag, and everything you were raised to love and respect. They want to destroy our great American experiment - a thriving capitalist multi-ethnic republic of God-fearing people - for all time.

But we’re on to them. We’re not going to let them. And together, we’re going to show them what free people do.

It’s a new thing in American history, so new it just crept upon us in the past few years. It’s so shocking that most of us don’t see it — because we can’t. Pattern recognition is one of the innate gifts of man’s intellect, but it requires a prior pattern to work. We’ve never really seen the government in Washington, D.C., capable of nothing before.

CLICK HERE TO VIEW THE VIDEO: Ben Domenech lists the failures of the federal government.