Amid a nationwide shortage of baby formula, a Republican lawmaker is claiming that illegal immigrants detained by the border patrol are being given priority over Americans.

“They are sending pallets, pallets of baby formula to the border,” Cammack said in online postings on Wednesday. 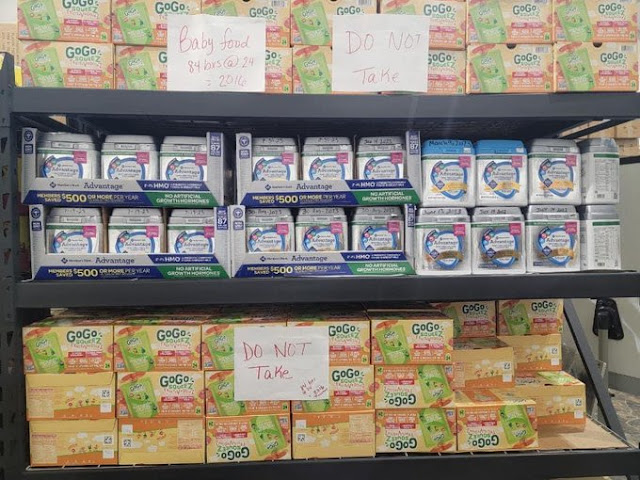 “Meanwhile, in our own district at home, we cannot find baby formula,” she added, displaying the photo that showed empty store shelves.

Cammack said a border agent has been sending her photos of the deliveries of baby formula. “They’re receiving pallets and more pallets of baby formula at the border,” she said. “This was taken at Ursula processing facility [in McAllen, Texas] where thousands are being housed and processed and then released,” she said.

She said in one message the border agent told her, “‘Kat, you would not believe the shipment I just brought in.’ He has been a border patrol agent for 30 years and he has never seen anything quite like this. He is a grandfather and he is saying that his own children can’t get baby formula.”

“I don’t know about you, but if I am a mother, anywhere, anytime in America, and I go to my local Walmart or Target or Publix or Safeway or Kroger or wherever it may be that you shop and you are seeing bare shelves and you are seeing signs that you are not able to get baby formula. And then you see the American government sending by the pallet thousands and thousands of containers of baby formula to the border, that would make my blood boil,” she said.

“I am so angry about this,” she added. “It is not the children’s fault at all. But what is infuriating to me is that this is another example of the America last agenda that the Biden administration continues to perpetuate.”

The baby formula shortage has forced some parents to drive hours in often futile searches, and the situation might get worse.