On May 1st, Remember The Horrors Of Communism And Socialism

By Jeff Dunetz | The Lid 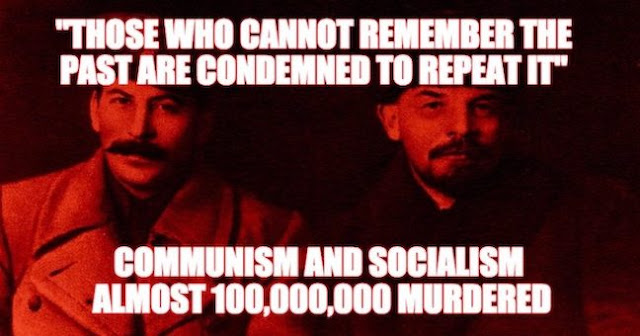 May 1st is International Workers’ Day, also known as Labor Day in some countries, is a celebration of laborers and working classes promoted by the international labor movement, socialists, and communists. It occurs every year on the first of May. The day was chosen to honor rioters who killed seven policemen during the Haymarket affair and was promoted by the international communist or socialist movements, which during the 20th century killed at least 94 million people.
That’s right, during the 20th-century, communism, and socialism murdered at least 94 million people. The reason for using both communism and socialism is they are both based on Karl Marx, are bloody, and many Communist regimes call themselves Socialist.
Per the detailed analysis in “The Black Book of Communism: Crimes, Terror, Repression” (which should be required reading by every student in America), the number of deaths caused by Communism and Socialism was estimated at 94,360,000, broken down as follows:
These estimates were made twenty-five years ago, in 1997. Imagine how some of the socialist and communist regimes have added to their total since (and some believe the estimates are too conservative). And let’s not forget the full name of Hitler’s Nazi party was; Nationalsozialistische Deutsche Arbeiterpartei (National-Socialist German Workers’ Party).
Despite Nazism’s big-government policies and control of businesses and the economy, most liberal writers vehemently oppose the idea that Nazism is socialist. But in his tome, “In the Lost Literature of Socialism, “historian George Watson presents a compelling case that Hitler spoke like an anti-Socialist in public but admitted he was a socialist in private. Sounds like a modern politician.
Privately, and perhaps even publicly, he conceded that National Socialism was based on Marx. On reflection, it makes consistent sense. The basis of a dogma is not the dogma, much as the foundation of a building is not the building, and in numerous ways, National Socialism was based on Marxism. 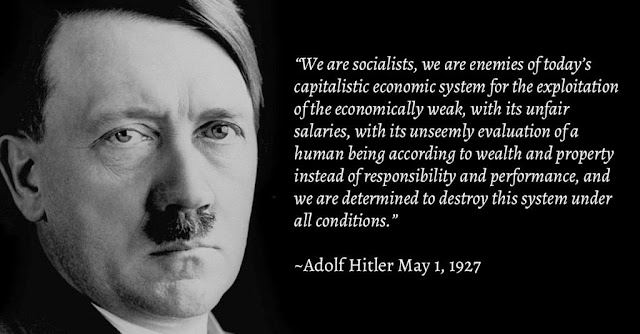 There is a rash of Democratic members of Congress like Bernie Sanders calling themselves “Democratic-Socialists. Others itself-identified as Democratic-Socialists include Rashida Tlaib, Alexandria Ocasio-Cortez, Cori Bush, and Jamaal Bowman. Additionally, Socialism is part of the Democratic Party agenda. Some examples include the idea that parents should have no role in their children’s education, control of the energy industry, the fight to remove state laws protecting against voter fraud, and the creation of a “Disinformation Governance Board.”

And don’t forget the President and his son Hunter’s economic relationship with the Chinese Communist Party.

Communism and Socialism are deadly governments. The United States is fighting against it right now, and the mainstream media doesn’t care. But we must keep up the fight.

On May 1st, Remember The Horrors Of Communism And Socialism - The Lid (lidblog.com)