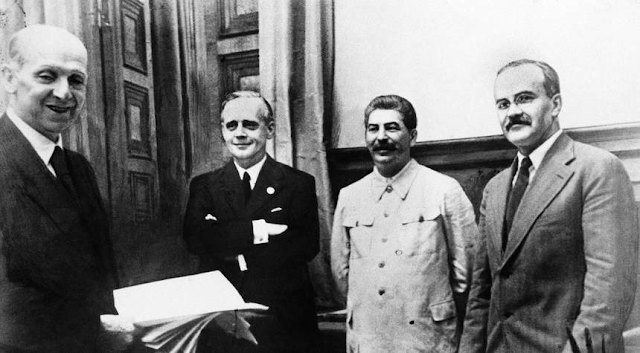 AP Photo
Guns aren’t going away. Yes, school shootings are horrific, we all agree. Liberals who whine that “conservatives love guns more than children” are stupid, entitled cucks who have never been punched in the face for their shooting off their mouths. They jump and scream on cue when tragedy strikes but they are nothing more than useful idiots for the REAL reason the far left wants to take away our guns.

FACT-O-RAMA! Liberals are fighting for the right to kill a kicking, heart-beating baby minutes before it’s born but are happy to stand on a pile of dead kids to take away guns from law-abiding Americans.

Your liberal sister-in-law is all over Facebook with this nonsense, but guess what?  New York is as red as Lavrenti Beria’s lucky underpants, and its stringent laws couldn’t stop the left-leaning Buffalo shooter from blazing up a grocery store full of black people.

Stalin would smile at Chicago’s stifling gun laws, but that doesn’t keep the Windy City denizens from perforating each other every time the thermometer hits 88 degrees.

FACT-O-RAMA! Memorial Day Weekend kicks off Chicago’s summer “Festival of Lead.” Check out heyjackass.com for real-time updates of the carnage. As of this writing, Chicago has seen 1,165 of its citizens ventilated this year so far. Let’s check back Tuesday morning to see how many Chicagoans gained 10 grams of weight over the weekend.

Liberals look to politicians to “save” them from the very Constitutional amendment written to protect them. This is a level of stupidity not seen since the introduction of Ayds weight loss candy, which hit the U.S. at roughly the same time as the AIDS virus got to America–and a young Dr. Fauci screwed that up too.

I’m all for gun training for sane, law-abiding gun owners, but training is a bad idea for murderous nutters who want to annihilate innocent people. When someone buys a gun to slaughter kids, the last thing you want is to teach him how to do it better.

Conservatives know liberals are too  programmed to realize gun confiscation and an unarmed population will lead us into two deadly traps:

1) We will be easy pickings for criminals who will NOT give up their weapons. Liberals aren’t even allowed to mention the wildly out of control crime problem ripping up our large cities lest they be seen as “racist.” Better to sacrifice their kids to the crime wave than admit there IS a crime wave.

2) We will be easy pickings for the commies currently running the Democrat party. THAT is the reason the left wants our guns. If you think Joe Biden cares about dead kids please show me a picture of him in Waukesha, WI, after black supremacist Darrell Brooks mowed down almost 70 white people, many of them children.

REMINDER-O-RAMA! Politicians swear to uphold the Constitution. That includes the 2nd Amendment. Those attempting to vaporize the 2nd Amendment are therefore enemies of the state and need to be imprisoned.

Sure, Biden will likely go to Uvalde, TX. It’s a shame it took 19 dead kids to actually get the cabbage-in-chief to the border. But don’t believe the old man’s rhetoric about guns. He doesn’t care about dead kids; he wants you vulnerable.

Biden is a dinosaur in a tar pit. He pretends he hasn’t spewed a lifetime of racism from the same lips he used when sucking up to career segregationists like West Virginia’s favorite klan klown, Sen. Byrd. Gropey Joe knows the Democrat Party has been taken over by pinkos and toes the line to keep his head off the chopping block, or his wife “Dr.” Jill knows the score and does what it takes to keep AOC and her commie squad from sending Joe to the cornfield.

Unlike the pink-haired, gender-free toilet people on the left, conservatives fight to keep children alive from the moment of conception and beyond. The bolshie harpies fight to dismantle a fetus minutes before its birthday, then have the audacity to pretend they care about kids when a crazy train shoots up a school. I’d invite them to bite me but I don’t want a scorching case of monkeypox.

My favorite mouth feces that flies out of lefty lips is this, “Conservatives only care about a baby before it’s born. They don’t care what happens after that!” I invite these dolts to search the words “Catholic adoption agencies.” Now search “Antifa adoption.” Checkmate, prags.

I know it can be hard for conservatives who value life and guns to wade through a spate of mass shootings. The lefty politicians and news outlets do that on purpose. For me, the answer is simple: more guns. I find it maniacal that progressives can watch unarmed people get massacred and think, “We need fewer firearms.” What they somehow seem to miss is that EVERY mass shooter is stopped by good guys with guns.

FACT-O-RAMA! Making schools “gun-free zones” is arguably the dumbest thing to come out of Washington D.C. since Nancy Pelosi. You know where mass shootings NEVER take place? Gun ranges, because madmen know that they are FULL OF GUNS.

A man in Las Vegas tried to steal a gun from a gun store. Guess what happened? He got shot by a lot of guns.

The mainstream news is happy to bring you tragic stories of schizos slaughtering innocent people but no one cares to mention how many people stop crimes with firearms.

Memorial Day Weekend is here. Let’s remember those who have died fighting defending the same Constitution the Democrat party is looking to chop up into convenient (for them) bite-sized morsels, leaving out the most important part, the 2nd Amendment, which was intended to stop them from doing just that.