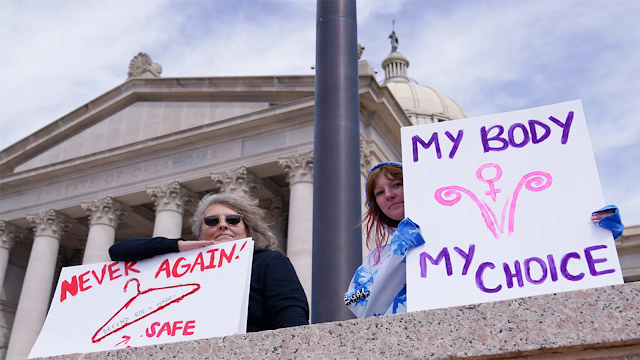 Until an official opinion is signed, Roe v. Wade remains

The Supreme Court is poised to strike down Roe v. Wade, according to an unprecedented leak of a draft opinion written by Justice Samuel Alito.

The draft leak obtained by Politico was written in early February. It was not immediately clear if it has been rewritten or revised.  Fox News is not being waived off the story.

Until an official opinion is signed and released by the Court, Roe v. Wade remains the law of the land. Drafts circulate and change, as do votes.

Disclosing a draft opinion in a Supreme Court case is an extremely rare occurrence. Harvard law professor emeritus appeared on Fox News ‘Hannity’ Monday evening to discuss the report, saying he could not think of a historical precedent.

How a woman who advocated for the selective breeding of her fellow citizens came to be memorialized with those who built a country is hard to understand.

All across America, video of activists attacking statues plays on a loop while some political leaders voice their support for removing all reminders of people whose personal histories put them in a negative light. In asking for the U.S. Capitol to be cleansed of Confederate statues, House Speaker Nancy Pelosi said they must go because their efforts were “to achieve such a plainly racist end.” New York Gov. Andrew Cuomo said on NBC's "Today" show that removing statues is a “healthy expression” of priorities and values.

For those identifying historical figures with racist roots who should be removed from public view because of their evil histories, Planned Parenthood’s founder, Margaret Sanger, must join that list. In promoting birth control, she advanced a controversial "Negro Project," wrote in her autobiography about speaking to a Ku Klux Klan group and advocated for a eugenics approach to breeding for “the gradual suppression, elimination and eventual extinction, of defective stocks — those human weeds which threaten the blooming of the finest flowers of American civilization.”

In a 1939 letter to Dr. C. J. Gamble, Sanger urged him to get over his reluctance to hire “a full time Negro physician” as the “colored Negroes…can get closer to their own members and more or less lay their cards on the table which means their ignorance, superstitions and doubt.”

Like the abortion lobby today, Sanger urged Dr. Gamble to enlist the help of spiritual leaders to justify their deadly work, writing, “We do not want word to go out that we want to exterminate the Negro population, and the minister is the man who can straighten out that idea if it ever occurs to any of their more rebellious members.”

And that spirit of racism continues today, as more than 300 former and current employees of Planned Parenthood said recently in an open letter, noting a “toxic” environment.

“Planned Parenthood was founded by a racist, white woman. That is a part of history that cannot be changed,” they observed, writing that the pattern of “systemic racism, pay inequity, and lack of upward mobility for Black staff” continues.

Cultural icon Kanye West has made headlines with his recent statements on Planned Parenthood abortion vendors, which he said have "been placed inside cities by white supremacists to do the Devil’s work.” He’s right about the locations of the businesses.

The vast majority of the abortion vendors have set up shop in minority neighborhoods, which can be seen in the scarce statistics available at the Centers for Disease Control and Prevention. Though they are only 13% of the female population, African Americans made up 38% of all abortions tracked in 2016.

In the 1970s, when the Supreme Court's Roe V. Wade decision legalized abortion, polling showed that Blacks were "significantly less likely to favor abortion" than whites. Yet in New York City, more black babies are aborted than born alive each year. And the abortion industry think tank, the Guttmacher Institute, notes that “the abortion rate for black women is almost five times that for white women.”

It would seem that Sanger’s vision of ending Black lives has come to pass, though to be accurate she also endorsed ending Chinese preborn life as well.

Among those who advocate for the removal of statutes, signs and traces of racist ancestors there is no balancing of good and bad deeds. It would be hypocritical to say that the racist attitudes and eugenics policy preferences of Sanger should be ignored because it was a “tactic” to advance birth control that some consider a social good, the position of famed feminist Gloria Steinem.

Birth control to eliminate the 'unfit'

But consider Sanger’s own words. In an article titled “A Better Race Through Birth Control,” she wrote, “Given Birth Control, the unfit will voluntarily eliminate their kind.”

“Birth Control does not mean contraception indiscriminately practiced,” Sanger wrote. “It means the release and cultivation of the better elements in our society.”

Just this week, Planned Parenthood of Greater New York announced it will remove Sanger's name from its Manhattan abortion vendor location because of her “harmful connections to the eugenics movement.”

Sanger is honored in the Smithsonian’s National Portrait Gallery and at Margaret Sanger Square in Manhattan. And a Margaret Sanger statue stands in the Old South Meeting House in Boston, which ironically enough is on the Freedom Trail commemorating the Revolutionary War. How a woman who advocated for the selective breeding of her fellow citizens came to be memorialized with those who built a country is hard to understand and a mistake easy to address.

While there are other places celebrating her, these three are a good place to start. They should not be removed through mob violence, but rather through the use of democratic tools, as a Students for Life group at the University of Missouri did in successfully petitioning for posters of Sanger to be removed.

Students for Life of America is launching an SOS: Strike Out Sanger campaign calling on pro-life people nationwide to demand the removal of Sanger’s statues and symbols, which represent a racist who actively targeted minority communities because she did not value their lives. The founder of Planned Parenthood does not represent our American ideals, and her images and honors should be pulled down to gather dust in history’s closet.