By Zachary Stieber  | The Epoch Times 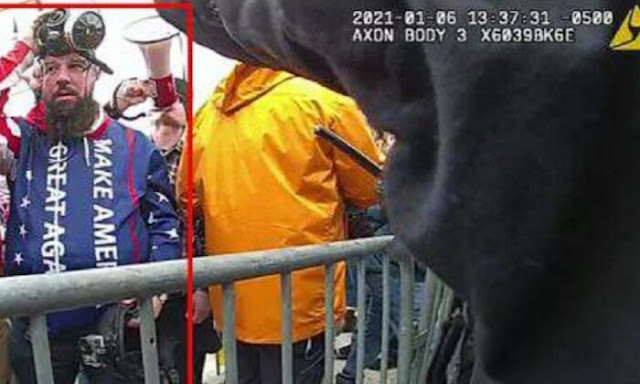 In this image from video, Christopher Quaglin, left, stands near the U.S. Capitol in Washington D.C. on Jan. 6, 2021. (DOJ via The Epoch Times)
A Jan. 6 defendant has filed a habeas corpus petition, alleging his constitutional rights have been repeatedly violated while being held pending trial. He’s the first person charged in the 2021 breach of the U.S. Capitol to file such a petition.

Christopher Quaglin, 36, has been denied necessities such as medicine, forced to live in substandard conditions, and prevented from reviewing materials regarding the charges against him, according to a 61-page petition that was filed in federal court in Washington last week.

Quaglin, a married father of a 1-year-old, has celiac disease, which means he needs gluten-free food.

As he’s been shifted to different jails, Quaglin has regularly been denied adequate sustenance, according to the petition. He’s gone days without food on multiple occasions. To prevent starvation, has spent some $7,500 at commissaries; he has reported losing about 68 pounds.

Quaglin has been placed in solitary confinement, kept indoors for months, and housed in cells with black mold, rats, and rusted metal, the petition says. He has been punished for speaking to the press and members of Congress, and has seen his right to meet with his counsel violated, including having video calls with his lawyer, Joseph McBride cut off, and been prevented from reviewing the discovery in his case.

“You have five distinct claims. Each one of these claims are grounds for him to be released in and of themselves, but the five of them in the aggregate provide overwhelming justification for his release,” McBride told The Epoch Times.

Wearing a blue “Make American Great Again” shirt, Quaglin was captured shoving or pushing three different officers, and striking another officer, according to the affidavit, which included still images from surveillance footage.

Starting around 1:36 p.m. on Jan. 6, Quaglin was part of the mob that tried to force its way past officers into the building, authorities say. He was accused of joining others in trying to enter the Capitol through a tunnel that leads to the Lower West Terrace entrance.

While inside the tunnel, Quaglin sprayed a chemical irritant at officers who were blocking the entrance, according to charging documents. He was eventually pushed out of the tunnel.

Quaglin’s defense notes that there’s no evidence he entered the Capitol and says he “got caught up in the heat of the moment.”

Quaglin, who faces decades in prison if convicted of all charges, was ordered released on the day of his arrest by U.S. Magistrate Judge Zahid Nisar Quraishi. But U.S. District Judge Beryl Howell, an Obama appointee, stayed and then reversed the order, and the defendant has been detained since. An appeal to the U.S. Court of Appeals for the D.C. Circuit was denied.

Howell said the weight of evidence against Quaglin is “overwhelming and heavily favors detention,” as did the threat he posed if allowed to stay free, even as his history,  including his “significant community ties” to New Jersey, weighed against lockup. The appeals court panel said Howell followed the law and noted the evidence against the defendant.

Circumstances have changed since then, Quaglin’s counsel says, including the pattern of disregard for the defendant’s celiac disease and the poor conditions he’s been subjected to across six jails. 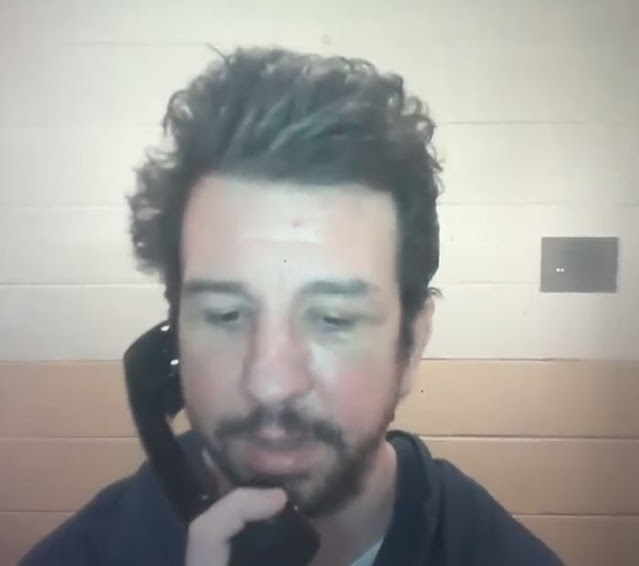 Christopher Quaglin speaks to his lawyer in a video call from Northern Neck Regional Jail in Virginia on March 22, 2022. (Joseph McBride via The Epoch Times)

“I’ve been treated very negatively. They’ve singled me out, basically,” Quaglin told McBride on a video call from prison on March 22. He has documented some of what happened in a series of grievances, which his attorney says have had little effect.

The petition asks the U.S. District Court for the District of Columbia to order Quaglin released on the basis that his constitutional rights have been violated.

It also asks for orders banning the use of solitary confinement against pretrial detainees and to appoint an expert to conduct visits to two jails where the alleged mistreatment happened, the D.C. Jail and the Northern Neck Regional Jail, the Virginia facility where Quaglin has been housed since Dec. 20, 2021.

Federal law gives judges and justices the ability to grant habeas corpus if they determine a prisoner is in custody in violation of the U.S. Constitution.

Rep. Louie Gohmert (R-Texas), who toured the D.C. Jail while Quaglin was still there, told The Epoch Times in an email that Quaglin should be freed.

“When a prison violates the civil rights of an inmate, that prison should not be housing that prisoner and should reimburse the federal treasury for failing to follow the law. If Northern Neck cannot assure that his dietary needs are met … he should be sent home to receive proper care to await his trial. These unconstitutional and tortuous acts and omissions must cease,” Gohmert said.

“The real issue is who ensures that Americans are treated fairly, constitutionally, and without abuse when the Department of Justice is abusing them and the courts refuse to intervene? In America, the answer is to keep trying until a court is found that not only understands but enforces constitutional rights.”

Gohmert and Rep. Marjorie Taylor Greene (R-Ga.) found the jail to be violating prisoners’ rights. The U.S. Marshals Service also said that a surprise inspection, while Quaglin was still there, uncovered deficiencies.

Essex County Correctional Facility in New Jersey, where Quaglin was held for about five months, declined to comment. The other prisons didn’t respond to requests for comment or couldn’t be reached, including Northern Neck Superintendent Ted Hull.

Hull, according to the petition, told McBride in an email that Quaglin was “just another inmate” and would receive “exactly what every other inmate receives” after McBride complained of the treatment his client was receiving, prompting the lawyer to file a notice of his client’s rights being violated.

The petition alleges that Quaglin faced even worse conditions following the filing, with punishment including denial of medical care, a prohibition against legal calls, and targeted harassment from guards.

Quaglin is at risk of developing permanent organ damage, the petition says.

Hull later acknowledged that Quaglin was provided with a meal that was unsafe for a person with celiac disease but described the instance as an aberration. He also said Quaglin did get into an altercation with another inmate, but that initial evidence suggested Quaglin “instigated if not initiated.”

“It is important for you and all interested parties to understand that while you and perhaps your client assigns a certain level of significance [sic] to his status as a ‘J6 defendant’ … we do not,” Hull said. “His conditions of confinement have been and are strictly predicated on his behavior and the exhibition of positive institutional adjustment. Something he has to date … generally failed to do.”