As demonstrated by the full-throated attack on Donald Trump by Mitt Romney, the Washington Establishment will not quietly allow the voters to decide who will be our Republican Party presidential nominee.


Republican primary voters are showing, clearly, that conservatives should thank Trump. He’s changed the political dynamics, making it possible for conservatives to stop fearing attacks by Democrats and their media allies and stand up for our conservative values.


Trump is also expanding our Republican Party base, even inspiring working-class Reagan Democrats to vote Republican.


Notably, the primary voter base of the Democratic Party consists of rich white liberals, socialists and, sadly, poor black Americans for whom the Democrats they support have done nothing, except trap them in generational poverty with their failed socialist policies.


Despite Hillary Clinton’s newfound populist rhetoric, her economic agenda reflects her own lifestyle of practicing crony capitalism. The below article has details and here's the money quote:


Since 2013, Hillary’s has raked in about $21.7 million for 92 private speeches and is still refusing to release her Wall Street speech transcripts.


Take a look at the two mansions Hillary Clinton said she and Bill “struggled” to pay for after they left the White House. 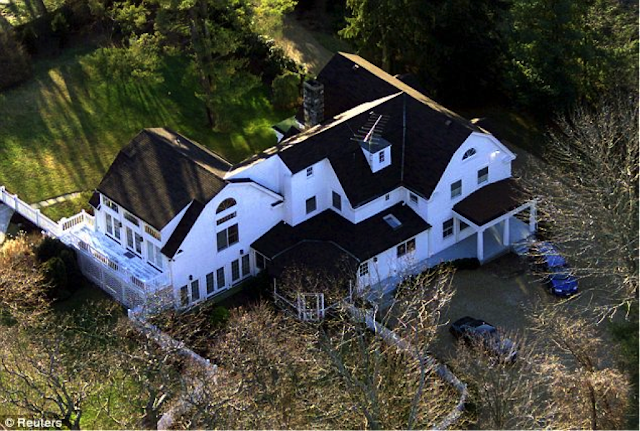 
Hillary and Bill Clinton’s $2.85 million mansion on Embassy Row in Washington D.C. that has 5 bedrooms and 6 baths.


Which presidential candidate was born the poorest? Whose log cabin birthplace was the most ramshackle?

Hillary and Bill Clinton are worth well over $100 million, largely due to years of leveraging their government service to pull in astronomical speaking and consulting fees from Wall Street, foreign investors and big banks. Yet Hillary Clinton, a graduate of elite Wellesley College and Yale Law School, often adopts a poor man's drawl and Southern slang before particular audiences. She has claimed that "all my grandparents" were immigrants. Not true. Only one grandfather immigrated to the United States, from Britain. Hillary herself grew up in an affluent suburb of Chicago, in a conservative upper-class household.

Republican presidential candidate John Kasich, governor of Ohio, a former investment banker and regional director of Lehman Brothers, cannot finish a speech without mentioning that his father was a mail carrier.

Ivy League graduate Ted Cruz, whose wife is a Goldman Sachs manager in Texas, reminds audiences that his father was a poor Cuban immigrant.

Lawyer and career politician Marco Rubio constantly references his Cuban-immigrant parents. His mother for a time was a hotel maid, his father a longtime bartender.

Obama was brought up by upper-middle-class grandparents, and his grandmother was a successful Bank of Hawaii vice president. They sent Obama to Hawaii's most exclusive prep school. Yet as an author and candidate, Obama talked mostly about his Kenyan-immigrant father, who abandoned his family and returned to Africa.

No matter how successful, how wealthy or how well educated, every presidential candidate poses -- sometimes accurately, sometimes through exaggeration -- as a modern version of salt-of-the-earth Abraham Lincoln, the rail-splitter born in a log cabin. Apparently, populist America always wants a man-of-the-people candidate who can relate to everyday folks -- and who doesn't think he or she is any better than the rest of us.

But a log cabin upbringing has little significance when most 21st century candidates and their spouses are far wealthier and far more privileged than 99 percent of the country.

The 2012 Republican nominee, Mitt Romney, was the son of a multimillionaire and a multimillionaire himself. On the campaign trail, Romney seemed apologetic for his success and wealth, and he never found a way to reassure voters that he was just an "aw shucks" kind of guy. Romney often wore Levis and work shirts, but he seemed more comfortable in wingtips. When the Obama hit machine got done with Romney, a successful politician and entrepreneur had been reduced to little more than an elitist capitalist.

All of which brings us to the flamboyant Donald Trump, who so far has turned the log cabin motif on its head.

Unlike this year's other presidential candidates, not even a fabulist like Trump can claim that he is an up-from-the bootstraps, self-made man whose dad was a bartender or mailman.

Trump may have inherited more than $40 million from his real-estate-magnate father, but he has made no apologies. Instead, Trump inflates his net worth to more than $10 billion. He brags about his moneymaking and his "tremendous" and "fantastic" real estate holdings and various companies. Far from being ashamed of his opulent upbringing, Trump wallows in it.

Trump's logo has been emblazoned on everything from skyscrapers and golf courses to ties and vodka. His crass message is something like, "I was born rich and then got even richer -- and now I want to make you as rich as I am."

So how does Trump pull off his populist act without sounding like a pampered rich kid? Certainly not in patrician fashion like Franklin D. Roosevelt or John F. Kennedy. Instead, Trump boasts that money is the only measuring stick of successful people -- apparently, presidents included. Rich guys are "winners"; the rest are "losers."

Trump's accent is Brooklynese, not Fifth Avenue. His vocabulary is street-crude. His behavior is uncouth. His finger-pointing rants and attacks turn debates into brawls. He is certainly no fussy, windsurfing multimillionaire like John Kerry. Trump tells voters that he knows politicians are corrupt because as a New York businessman, he knew how to corrupt all of them.

Trump is not a banker, techie or Wall Street investor, but a wheeler-dealer builder who talks more like a New York cabbie or street hustler.

For the first time in recent memory, a candidate is neither trying to convince us that he grew up poor, nor that he is an elegant aristocrat who feels a sense of noblesse oblige.

Trump's zillionaire shtick is certainly obnoxious and creepy. But so far, his in-your-face braggadocio has somehow worked better with average voters than have the weepy log cabin tales from all the other well-off candidates.