When President Barack Obama cynically submitted his nomination to the US Supreme Court, he telegraphed clearly that he does not want the American people to have a voice in the process and tossed "The Biden Rule" into the political dustbin. 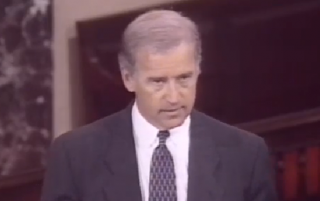 Here is a link to an article by Ronn Blitzer 'The Biden Rule’: How the Vice President Set the Stage for the Current Supreme Court Blockade. It includes a link to the video, featuring Vice President Joe Biden, then chair of the Senate Judiciary Committee, who told President George H.W. Bush not to nominate a new justice.


Below is an in-depth analysis about Obama’s political-inspired nomination of Judge Merrick Garland prepared by the RNC.

WHO IS MERRICK GARLAND?