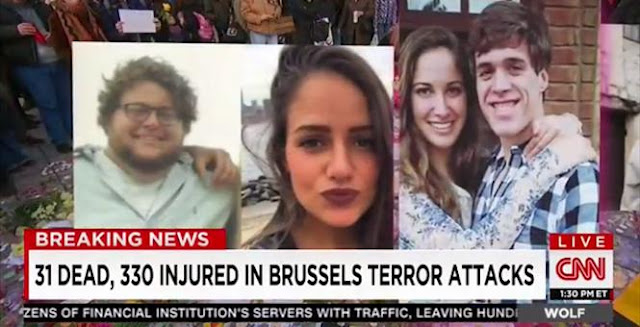 It's been two days since the horrifying ISIS terror attacks in Brussels and a number of Americans are still missing.
According to the State Department, a dozen Americans were injured and have been treated at local hospitals. In total, 31 people were killed in the attacks and more than 300 people were severely injured.
Secretary of State John Kerry will be in Brussels tomorrow to express condolences on behalf of the United States. 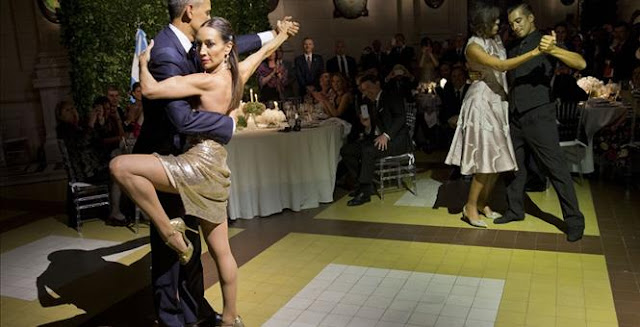 If you didn't know Brussels just suffered a horrific terror attack and one of the suspects was still on the run, you'd think President Obama had nothing better to do than enjoy some recreation overseas.
During his visit to Cuba this week, Obama attended a baseball game in Cuba, smiled and did the wave with Cuba's dictator. Then, Wednesday in Argentina, he apparently learned how to tango.
Meanwhile, he offered just 51 seconds to address the Brussels attacks.
Republican presidential candidates immediately criticized Obama for not flying straight home or to Brussels, as well as other leaders like Sen. John McCain. Yet, it's not a partisan issue.
Even MSNBC is addressing what poor optics the president has displayed this week. Thursday morning's "Morning Joe" panel agreed the tango went a bit too far, calling it a "tremendous mistake."
“The advance person who let him do the tango, that person ought to be looking for work on somebody’s campaign very, very far away. That was a tremendous mistake,” said Richard Haas, the president of the Council on Foreign Relations.
The panelists weren't quite done with their analysis. Nicole Wallace proceeded to say that Obama's ill-timed dance puts him "out of step" with the American public.
Optics aside, every decision Obama has made this week is a sign of just plain bad leadership. At Tuesday's baseball game, he tried to justify his decision to remain in Cuba, noting we can't let terrorists force us to live our lives in fear. Then, at a press conference in Argentina, he pointed out how Bostonians returned to normalcy a few days after the Boston bombing in 2013, coming together at a Red Sox game.
That was certainly a powerful moment. Yet, as Guy pointed out on Fox News' "Outnumbered" Wednesday, this is a very different situation. Obama attended the baseball game on the same day as the attacks, as blood was still spilling.
It was an emergency that should have prompted our commander-in-chief to make a schedule change, but it appears he was too busy enjoying himself to turn the plane around.