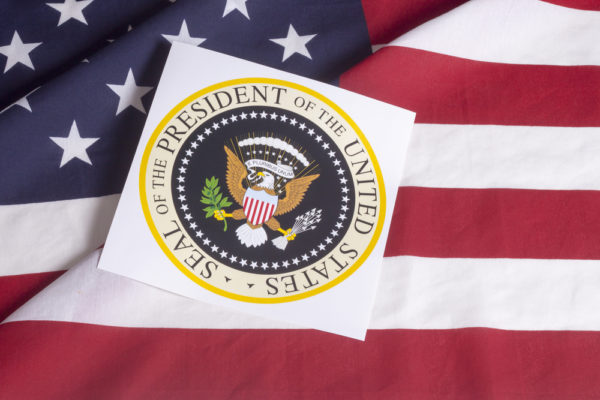 
"Nothing can now be believed which is seen in a newspaper. Truth itself becomes suspicious by being put into that polluted vehicle. The real extent of this state of misinformation is known only to those who are in situations to confront facts within their knowledge with the lies of the day." — Thomas Jefferson (1807)


“Ladies and gentlemen, we were attacked on Dec. 7, 1941, we were attacked on Sept. 11, 2001, and we were attacked on Nov. 8, 2016.  That most recent attack didn't involve a horrible loss of lives, but it was devastating in its own way.  Our entire intelligence community concluded that Russia hacked our election by deliberately breaking into Democratic National Committee computers and then, drip-by-drip, funneling embarrassing emails through WikiLeaks to undermine Clinton’s campaign…”
— Thomas Friedman, New York Times, February 14, 2017


It seems clear that, to the extent they are still hanging around the White House, engaged in presidential transition duties, former Obama administration staffers are doing whatever they can to damage the Trump presidency.  They may also be aided by a few “never Trump” Republicans and their allies in the “hanger-on” class.  Whatever the truth of the matter, Washington appears to be all but immobilized with “Trump derangement” and “Russian dirty tricks derangement.”
Thus, after publishing a column under the title, “Democratic Deceit,” it seems only reasonable to follow it up with a column exposing Democratic treachery.  Democrats are so deranged over the question of Russian interference in our U.S. elections that some have even suggested that we are experiencing a full-scale assault on our democratic institutions.  There may be some truth in that assessment, but, if so, how did it happen?  When did it start and who started it?
Russian attempts at influencing the outcome of U.S. elections are nothing new, although they rarely, if ever, attempted to help Republicans.  During the Cold War era the Soviet Union carried on an intensive program to influence American public opinion, and hence, the outcome of elections.  Their methodology is fully outlined by two veteran journalists, Robert Moss, former editor of Foreign Report, and Arnaud de Borchgrave, former chief foreign correspondent for Newsweek magazine, in their fact-based novel, The Spike (New York: Crown Publishers, 1980).
However, it was not until the declassification of Soviet era KGB archives during the early to mid-‘90s that the full extent of Democratic treachery was exposed.  For example, one archived 1980 KGB document stated that Senator Ted Kennedy (D-MA) offered to condemn President Jimmy Carter’s policy toward the Soviet occupation of Afghanistan in exchange for KGB help in his campaign to unseat Carter.  News accounts of that period prove that Kennedy did, in fact, criticize Carter’s Afghanistan policy.
Even more surprising, Carter himself was willing to jump into bed with the Soviets.  KGB files show that, in the closing days of the 1980 General Election, while Carter trailed Reagan in the national polls, Carter sent a political ally, industrialist Armand Hammer, to a secret meeting with Soviet ambassador Anatoly Dobrynin at the Soviet embassy in Washington.  Hammer asked the Soviets to help Carter win votes in key states by allowing Jewish “refuseniks” to emigrate to Israel.  The Soviets refused to go along with the scheme.

KGB files show that, in January 1984, Carter approached Dobrynin in person.  In an effort to derail Ronald Reagan’s defense buildup, Carter asked for Soviet help in defeating Reagan in his bid for reelection.  It is not known whether the Soviets gave him what he wanted.

But Carter, Kennedy, and Hammer weren’t the only Democrat who sought Soviet political help.  Declassified KGB files show that, in 1984, House Speaker “Tip” O’Neill (D-MA) privately told Dobrynin that it was in “everyone’s best interests” if the Soviets would help Democrats keep “that demagogue Reagan” from being re-elected.  O’Neill warned Dobrynin that the “primitive instincts” of this “dangerous man” would plunge the world into war.

It must have amazed Dobrynin that those prominent liberals - Ted Kennedy, Armand Hammer, Jimmy Carter, and Tip O’Neill – all viewed Reagan as more dangerous than any Communist dictator.

Historian Paul Kengor observed that the Soviet archives showed “the lengths to which some on the political left… were willing to go to stop Ronald Reagan.”  In his book, The Crusader: Ronald Reagan and the Fall of Communism, Professor Kengor quotes the text of a May 14, 1983 memorandum uncovered in the declassified Soviet archives by Herbert Romerstein, a well-known authority on the Venona Papers and the Soviet archives.


According to the memorandum, written by Viktor Chebrikov, Chairman of the Committee on State Security of the USSR (KGB), to Yuri Andropov, General Secretary of the Central Committee of the Communist Party of the USSR, he (Chebrikov) was visited by former U.S. Senator John Tunney (D-CA) on May 9-10, 1983.  Tunney, a private citizen, was on a highly sensitive mission for his former University of Virginia law school roommate, a close friend and former senate colleague, Sen. Ted Kennedy (D-MA).  The purpose of his mission was to enlist the Kremlin in a grand scheme to defeat Ronald Reagan and other Republicans in the 1984 U.S. elections.
In his memorandum, Chebrikov quoted Tunney as saying that Kennedy was convinced that the chilly relations between the U.S. and the Soviet Union were due to Reagan’s unwillingness to modify his strategic plan to win a final Cold War victory over the Soviet Union.  As Tunney described Kennedy’s frustration with the state of American politics, Reagan was able to rely on the results of his highly successful “Reaganomics” policies – reduced inflation, reduced taxes, increased productivity, a healthy business climate, and declining interest rates – to support his political standing with the American people, making it difficult for Democrats to attack him on foreign policy issues.
As Tunney described Kennedy’s view to the Soviet spymaster, the only possible threat to Reagan was rooted in issues related to war and peace and Soviet-American relations.  With the active participation of the Soviets, those issues could become the most critical of Reagan’s 1984 reelection campaign.  As Chebrikov wrote to Andropov, “Kennedy believes that, given the current state of affairs… it would be prudent and timely to undertake the following steps” to counter Reagan’s policies:

Tunney assured Chebrikov that, “if the proposal is recognized as worthy,” Kennedy and his political allies would take the necessary steps to have representatives of the major U.S. networks contact Andropov to schedule interviews.  Specifically, he suggested that the head of ABC, Elton Raul, and “television columnists Walter Cronkite or Barbara Walters could visit Moscow.”


Kennedy also suggested a series of televised interviews, in the U.S., in which members of the Soviet military could convince the American people of the “peaceful intentions of the USSR.”


Chebrikov prepared a memorandum and sent it to Chairman Andropov, and the memorandum found its way into the KGB archives.  It is not known if additional negotiations took place between Kennedy and the Soviets, but one thing is certain:  Kennedy did not expect that Reagan would ultimately win the Cold War, that the Soviet empire would disintegrate, or that Americans would one day find themselves reading of his treachery in documents taken from the archives of the KGB.


If Kennedy was unsure of a Democratic victory in 1984, with all the forces of the labor unions, teachers unions, public employee unions, trial lawyers, radical environmentalist, plantation blacks, pro-abortion activists, gays, lesbians, and transvestites at their disposal, how better to insure a Democratic victory than by enlisting the aid of the KGB and the Soviet leadership?  That was Kennedy’s principal motivation, and what a cheap, un-American motivation it was.


If a Republican member of the U.S. Senate, or a senior aide to a Republican president, had engaged in the same kind of treachery, he or she would still be staring out from behind the bars of a federal prison.  Even a retired three-star general, slated for a top post in the White House national security staff, would be forced to resign in disgrace if he engaged in unofficial talks with a senior Russian official… no matter how innocent or insignificant the subject matter of the conversations.  One also wonders how Democrats view the role played by the notorious Sidney Blumenthal who, as a private citizen, gathered bits and pieces of information from across the Middle East and forwarded it, along with policy recommendations, to former Secretary of State Hillary Clinton in frequent email exchanges.


If Donald and Melania Trump are now finding Russians hiding under every bed in the White House, it’s because the Democrats invited them in and never got around to showing them the door.


Paul R. Hollrah is a retired government relations executive and a two-time member of the U.S. Electoral College.  He currently lives and writes among the hills and lakes of northeast Oklahoma’s Green Country.
Posted by Frances Rice at 12:42 AM