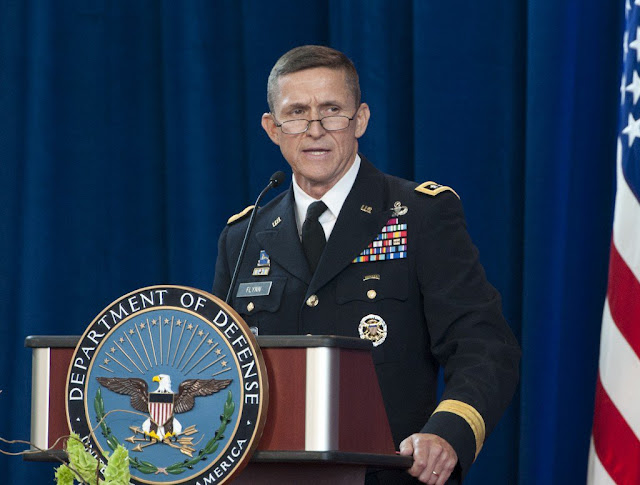 ﻿
Michael Flynn steps down as President Donald Trump’s National Security Adviser amid new revelations about telephone calls with the Russian ambassador to the U.S.
Click here to read an article about Flynn's resignation.
___________


Flynn Steps Down Over Russia Controversy 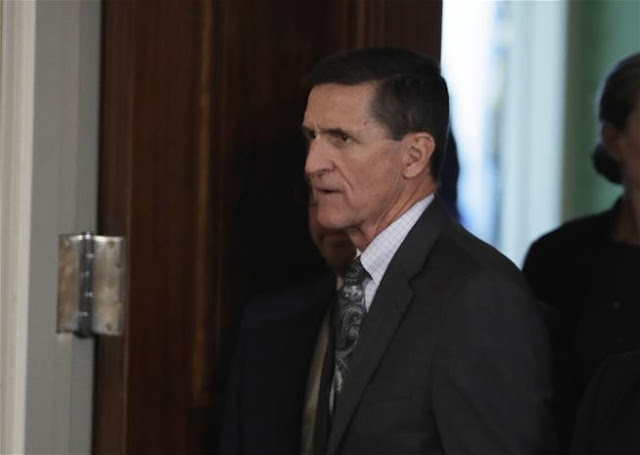 He's out after 24 days as national security adviser
(Newser) – Michael Flynn has stepped down as national security adviser less than a month into the Trump administration. Flynn abruptly resigned Monday night after coming under increasing pressure over his conversations with Russia's ambassador to the US while Trump was president-elect, CNN reports. "I inadvertently briefed the Vice President-elect and others with incomplete information regarding my phone calls with the Russian ambassador. I have sincerely apologized to the President and the Vice President, and they have accepted my apology," Flynn said in his resignation letter, adding that he has performed his duties "with the utmost of integrity and honesty" in his White House role and during his 33 years in the military.
Sources tell the New York Times that Pence told others in the White House that he believed Flynn had been lying when he said he hadn't discussed sanctions with the Russian ambassador in a conversation that would have broken the law as well as protocol. The Washington Post reports that President Trump accepted Flynn's resignation and appointed retired Army Lt. Gen. Keith Kellogg as acting national security adviser. An insider tells the Post that Flynn's resignation after 24 days in the job was his own decision, and that Trump had been planning to wait at least a few days before deciding whether to fire him. "I think Flynn just figured, if it’s imminent to the boss, then let’s make it immediate," the source says.

The Senate votes 53-47 to confirm ex-Goldman Sachs financier Steven Mnuchin as Treasury Secretary, the seventh member of Trump’s cabinet to be approved.
----

Russian spy ship capable of intercepting communications is patrolling off the East Coast of the US right now, for the first time since President Trump took office.
Posted by Frances Rice at 11:14 AM