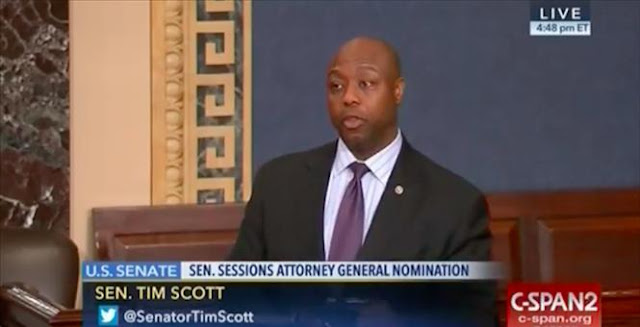 By Matt Vespa
Attorney General Jeff Sessions’ nomination process was not smooth. It was fraught with political games and gimmicks that delayed his committee vote and his final confirmation vote.
Alas, on Wednesday night, he was confirmed to be our top legal enforcer by a 52-47 vote; Sen. Joe Manchin (D-WV) broke with Democrats to vote for Sessions.
Yet, while the attorney general took heat, Sen. Tim Scott (R-SC), the Senate’s only black Republican who supported his nomination, was bombarded by racist tweets by the Left.
Scott took to the Senate floor to deliver his remarks, where he referenced the hate that’s been hurled at him, even repeating some of the greatest hits, while keeping the ones calling him the n-word off the record.
CLICK HERE TO SEE THE VIDEO.
As a black conservative Republican, he knew that such hate would be hurled at him. “I’m used to being attacked,” he said. “It comes with the territory” (via Politico):
The 30-minute speech, which prompted congratulatory statements by Republicans and Democrats, was a distillation of the backlash he has received for supporting Sessions, who has faced accusations of racism for more than 30 years:


“You are an Uncle Tom, Scott. You’re for Sessions. How does a black man turn on his own,” Scott said, reading criticisms of himself on social media. "Tim Scott ... doesn’t have a shred of honor. He’s a House Negro like the one in ‘Django.’”
He added, “I left out all the ones that used the ‘n-word.’ Just felt like that would not be appropriate.”
Besides being called a disgrace to his race, Scott noted that since he’s viewed as being no ally of liberal America, he is therefore an enemy of black people. You all know this—it’s identity politics at its most toxic.
So, while people say that Sessions is a racist, for which there is zero substantive evidence to support such a claim unlike the late Sen. Robert Byrd’s (D-WV) membership in the Ku Klux Klan, they should probably look at what’s hurled at conservatives that happen to be people of color.
“House negro.” I would say that’s—what’s the word—oh, racist.
Also, it's the Senate GOP that have diverse staffs, not the Democrats. Scott has a black chief of staff, which is a rarity among Senate Democrats. He also mentioned this fact in his remarks.
"My chief of staff, the only — until three weeks ago, the only African-American chief of staff in the United States Senate out of a 100 is the chief of staff for a Republican," he said. "The second African-American chief of staff in the United States Senate is the chief of staff of a Republican."


Democrats seem to be all talk, no action on the issue of inclusion and diversity. 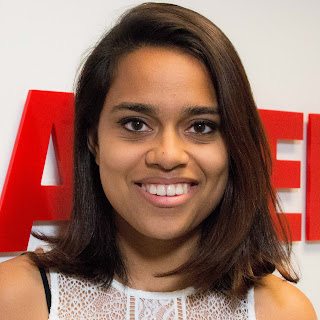 By Amber Randall
Senate Democrats are under pressure to bring more diversity to their offices, after a report came out accusing the party of “soft bigotry.”
Despite sounding the clarion call for more diversity and aggressively pursuing even the slightest whiff of racial bigotry over the last year, Dems are apparently scrambling to mix up the whiteness in their offices, Politico’s Playbook covered today in a short blurb.
On top of having no minority chiefs of staff, less than three percent of blacks and Latinos have senior staff positions in Senate Democrats’ offices, according to a 2015 report from the Joint Center for Political and Economic Studies.
Now, Senate Democrats are under pressure to fix their diversity issues as activists and civil rights groups mobilize against them. Some civil rights groups plan to hold a conference call Thursday to campaign for more diversity in Senate Democrats’ offices. 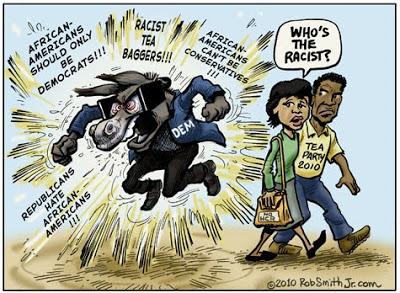 By Frances Rice
The following are just a few of the despicable racist slurs and images of black Republicans by Democrats, reminiscent of the racial stereotyping used by Democrats during the days of slavery and segregation.
________________
RACIST SLURS


"Is you their black-haired answer-mammy who be smart? Does they like how you shine their shoes, Condoleezza? Or the way you wash and park the whitey's cars?" – Left-wing radio host Neil Rogers
---

Blacks and Hispanics are "too busy eating watermelons and tacos" to learn how to read and write." – Mike Wallace, CBS News. Source: Newsmax
----

"Republicans bring out Colin Powell and J.C. Watts because they have no program, no policy. They have no love and no joy. They'd rather take pictures with black children than feed them." – Donna Brazile, Al Gore's Campaign Manager for the 2000 Election and former acting DNC Chair
________________
RACIST IMAGES 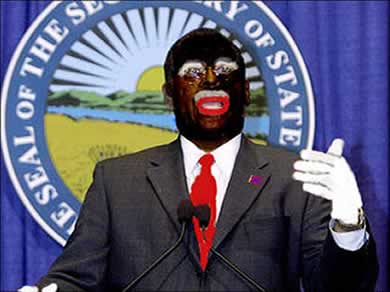 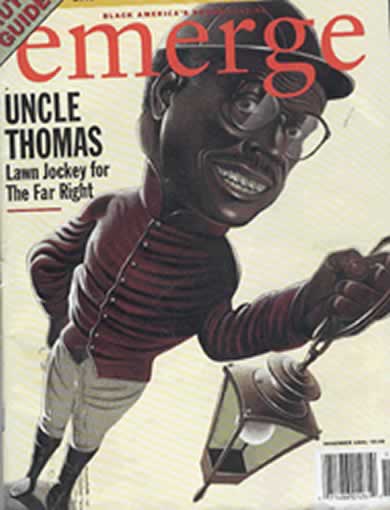 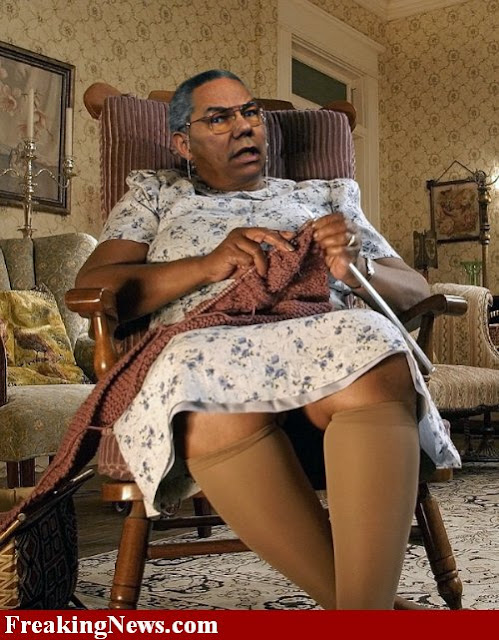 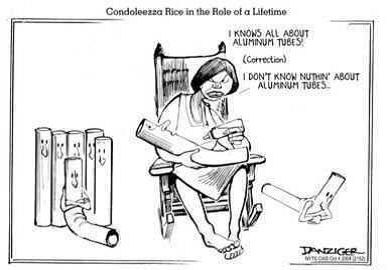 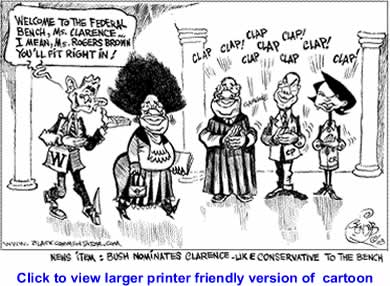 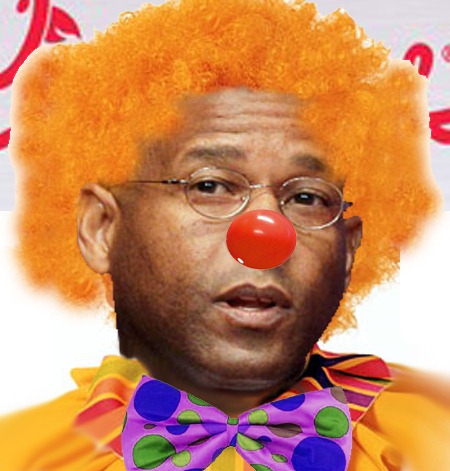