No, the Future Is Not Female 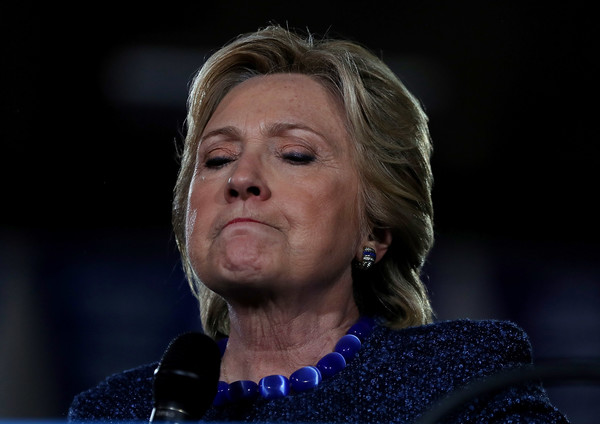 In fact, it’s probably full of people who have had it with identity politics.


By Heather Wilhelm
On Tuesday, after a month of quasi-hibernation, Hillary Clinton emerged from the political wilderness to give her first video address since the inauguration of her always-colorful nemesis, Donald Trump. It was a golden opportunity to show grace, introspection, and clarity. But since Hillary Clinton is Hillary Clinton, she decided to go ahead and alienate half of the human race instead.
Addressing the 2017 MAKERS conference, where a bunch of mostly well-off, left-leaning ladies get together in California to celebrate the “trailblazing women of today and tomorrow,” Clinton delivered the usual hazy feminist boilerplate. But amid the vague calls for women to “dare greatly” and “lead boldly” and break glass ceilings, there was also this doozy of a line: “Despite all the challenges we face,” Clinton said, “I remain convinced that, yes, the future is female.”

Ah, there it is: the old “future is female” line, back with a vengeance in 2017. It was first trotted out in 1975, according to the New York Times, on a T-shirt designed at a feminist bookstore in New York City. In 2015, the shirt made a comeback, worn by celebrities and devout feminists alike, thanks to a Los Angeles graphic-design studio that is, at least according to the Times, “the kind of place where one can buy clip-on Susan Sontag white streaks for $25 and attend a workshop called ‘Devotions: Self-Care for Modern Witches.’”

“It’s thrilling to see people embrace something that came out of the ’70s lesbian separatist moment,” Rachel Berks, who cooked up the revitalized shirts, told the Times. “The shirt is about a reaction to a misogynist and patriarchal culture that affects a lot of people. People are re-contextualizing it: trans women, men, moms who have sons.”

Interesting! Personally, as a mom who has sons, I’m exhausted by this particular brand of malarkey. What does “the future is female” even mean? Is one half of the human race going into hiding? Fading into irrelevance? Will they be rocketing off to outer space, hunched inside Tesla-designed capsules, never to be seen or heard from again?

Imagine, if you will, an audience of little boys — let’s pretend they’re second- and third-graders — forced to sit in an auditorium and listen to Hillary Clinton’s short speech. They swing their legs. They fidget a bit. “The future is female,” Clinton declares, beamed in on a giant screen. What are they supposed to think, other than that girls matter more than they do?

Fortunately, if I’m reading the tea leaves correctly, Clinton isn’t exactly destined to live as a leading trend-setter and guru for America’s young men. Unfortunately, we don’t need to force America’s cohort of young males into goofy feminist conference rooms for them to hear her message. All they need is a brief dip into our culture at large.

Take Disney’s “Dream Big, Princess” campaign, which informs cartoon viewers that girls can and should do anything they want in life — Astronaut! President! Celebrity chef! — while boys merit no mention at all. Other ad campaigns take a darker note, suggesting that men and women are constantly pitted against each other in the demolition derby of life, rather than partners who work together. At this year’s Super Bowl, Audi ran a sad-sack advertisement bemoaning the oppression of women, which cited the debunked myth of a large and sinister gender-based “pay gap.” The lesson was clear: Men are the bad guys.

The irony of Clinton’s gender-centric “future is female” declaration thickens when you remember that the political Left has spent the past few years rabidly insisting that gender is fluid and that gender identities can shift. Well, whatever. Consistency be darned: At this point in history, the Left seems to have one gear, and that gear is identity politics.

There’s a final, sadder subtext to the whole “future is female” fiasco: It’s steeped in a movement that relentlessly champions on-demand abortion, even as unborn girls are targeted for sex-selective abortion all over the world. It’s a movement that ignores and alienates pro-life women, while celebrating people such as Cecile Richards, the CEO of Planned Parenthood.

Unsurprisingly, Richards is a featured speaker at this year’s MAKERS conference. In 2015, she blithely explained her personal abortion to Katie Couric, noting that she and her husband, married and financially sound, had simply decided that they had enough kids. “It wasn’t a difficult decision,” she said. Really? Well. Wow. We’ll never know whether that baby was female; its future was brought to an abrupt end.

— Heather Wilhelm is a National Review columnist and a senior contributor to the Federalist.

http://www.nationalreview.com/article/444699/future-is-female-problematic-feminist-slogan
Posted by Frances Rice at 11:04 AM