The Democrats are babbling and discouraged 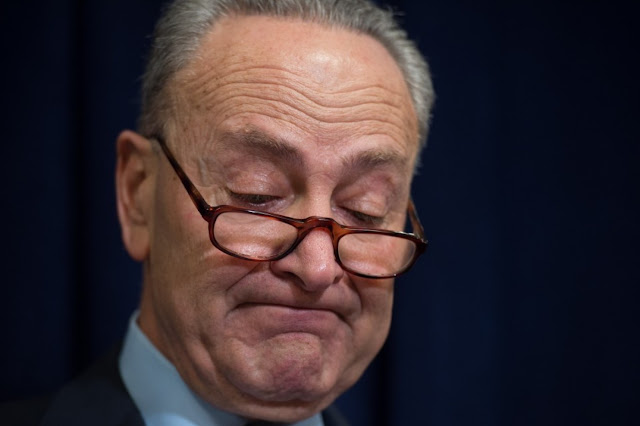 
The Democrats are babbling and discouraged. Specifically, Rep. Nancy Pelosi (D-Calif.) is babbling, and Sen. Charles E. Schumer (D-N.Y.) is in tears. They are feeling the impact of their 2016 losses more acutely now than they did in November, as the full limits and consequences of their powerlessness are on full display.
The Democratic Caucus is pointlessly attempting to slow the confirmation of President Trump’s Cabinet picks, including boycotting this morning’s Senate Finance Committee votes on Rep. Tom Price (R-Ga.) and Steve Mnuchin and the Senate Environment and Public Works Committee vote on Scott Pruitt. Ouch. 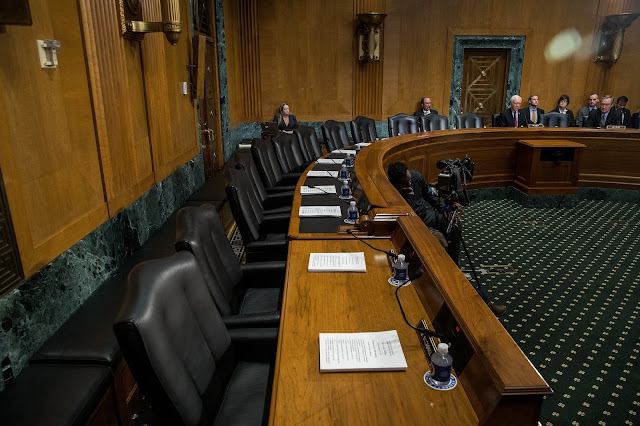 How bad do you think the Republican members of those committees felt about the Democrats not showing up? Finance Committee Chairman Orrin G. Hatch (R-Utah) offered his tight analysis to reporters: “Well, they are idiots.”
And even the Democrats’ vow to stop Trump from filling the “stolen” Supreme Court seat is not exactly off to a strong start. Politico reports, for instance, that “at least seven Democratic senators have signaled an openness to having a committee vote” on the nominee, the eminently qualified Judge Neil Gorsuch.
I think the Democrats still feel they have to try to rally against Gorsuch. Given his qualifications, temperament and record, that won’t be easy. But what else are the Democrats going to do?
What makes things even harder for the Democrats is the sheer volume of news that happens on a daily basis in Trump World. The news cycle has been compressed.
Even after the firestorm of protests and outrage over the weekend, most people have already moved on from Trump’s executive orders on immigration, and we don’t know what the torrent of news will be in 24 hours.
The Democrats just can’t get their act together. They have a number of problems; specifically, they don’t have a message or an effective messenger. They are rapidly becoming an anti-white, anti-capitalism party, and they can’t seem to get their footing with any tactical plan.
Even when they try to channel their outrage into a public event, their efforts flop. 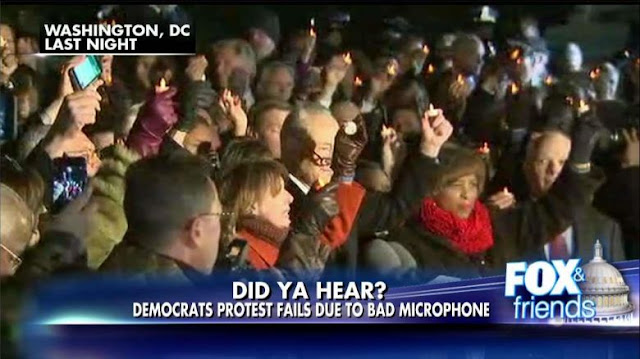 House Minority Leader Nancy Pelosi (D-CA) sounded like a spokeswoman for an old Verizon ad campaign.
At the Democrats’ protest over Trump’s immigration orders, a rally on the steps of the Supreme Court on Monday night, led by Schumer and Pelosi, Pelosi — after a toe-curling, awkward few moments where she tried to make sense of the sound system — turns to Schumer and is caught on the mic saying, “I want to introduce the real people. I’ll do the real people now.”
But the “real people” were nowhere to be found — kind of like the swing-state Democratic voters who have been missing since October.
Anyway, when you see a Democratic leader on camera surrounded by a crowd, you can’t help but get the sense that if you filtered out the government employees and those who don’t pay federal taxes, those Democrats would be left standing on stage by themselves.
Obviously, this is one isolated clip, but it reinforces where the Democrats are less than two weeks into Trump’s first term.
The Republicans and the White House may need to tweak some of their processes and reconfigure some of their messaging, but the Democrats need a whole new playbook.


Ed Rogers is a contributor to the PostPartisan blog, a political consultant and a veteran of the Ronald Reagan and George H.W. Bush White Houses and several national campaigns. He is the chairman of the lobbying and communications firm BGR Group, which he founded with former Mississippi governor Haley Barbour in 1991.