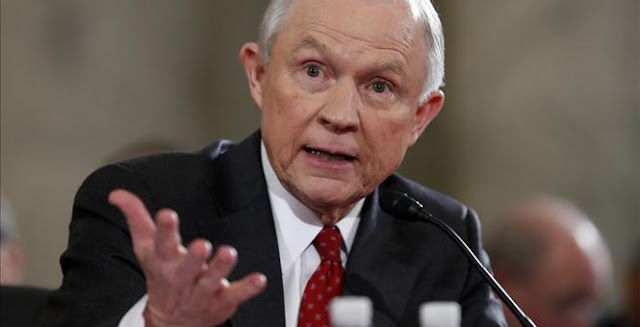 
Sen. Jeff Sessions’ (R-AL) attorney general nomination has been fraught with partisan politics and gimmicks. Senate Democrats pulled every procedural maneuver in the book to delay a committee vote on his nomination. On February 1, Sessions was finally approved by an 11-9 party line vote to move his nomination to the Senate for a vote. Yesterday, a cloture motion on his nomination passed in a 52-47 vote.
Now, after weeks in limbo, Jefferson Beauregard Sessions III has been confirmed the 84th Attorney General of the United States in a 52-47 vote. Sen. Joe Manchin (D-WV) broke with Democrats to vote for Sessions.
Sessions' nomination was to be voted on first after getting the nod by the Senate Judiciary Committee, but Sens. Lisa Murkowski and Susan Collins (R-ME) decided to break ranks from the GOP on Betsy DeVos’ nomination to be education secretary. Her nomination also passed the Senate Committee on Health, Education, Labor, and Pensions on a 12-11 party line vote. That forced her nomination to be pushed up on the docket.
The Senate GOP needed Sessions’ vote, as the vote on DeVos was 50-50. Vice President Mike Pence who cast the deciding vote, a first in U.S. history, eventually broke the tie.
Sessions and DeVos were seen as some of President Donald Trump’s most controversial nominees. A larger fight would have occurred if it weren’t for former Sen. Harry Reid (D-NV) nuking the filibuster rules for non-Supreme Court presidential nominees, which allowed cloture to be invoked and nominees confirmed by a simple majority. No doubt that both of these nominees would have been filibustered by Senate Democrats. Given how the :Eft reacted to DeVos' confirmation, expect the liberal tears to flow again with Sessions.
So, I guess we should say thank you, Harry Reid. 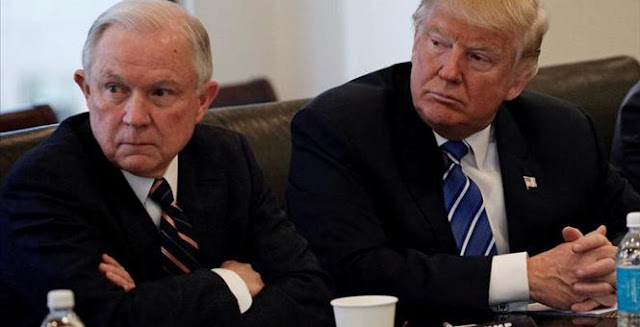 By Katie Pavlich
Shortly before swearing in Attorney General Jeff Sessions at the White House Thursday, President Donald Trump announced the signing of three executive orders related to crime.
"I'm signing three executive actions today designed to restore safety in America," Trump said, adding he was fulfilling another campaign promise. "I am directing DOJ and DHS to take all necessary action to break the backs of criminal cartels that have spread across our nation."
Additionally, Trump announced a directive for DOJ to convene a task force against violent crime and to come up with a plan to combat violence against law enforcement officers.
Trump said the swearing in of Sessions represents a new era in fighting crime and told criminals their "day is over."
"A new era of justice begins and it begins right now," Trump said.
After being sworn in, Sessions made brief remarks about crime and illegal immigration.
"We have a crime problem. I wish the rose that we're seeing in crime in America today was some sort of aberration or blip," Sessions said. "We need to end that lawlessness that threatens the American people."


http://townhall.com/tipsheet/katiepavlich/2017/02/09/trumps-signs-a-slew-of-new-executive-orders-on-mexican-cartels-law-enforcement-n2283604?utm_source=thdailypm&utm_medium=email&utm_campaign=nl_pm&newsletterad=
Posted by Frances Rice at 10:02 AM