BREAKING: Julian Assange Has Been Arrested 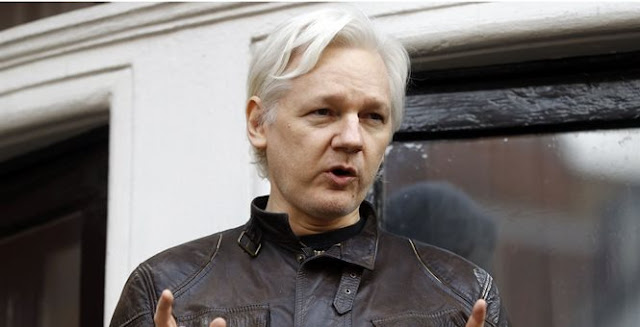 WikiLeaks founder Julian Assange has been arrested by UK police at the Ecuadorian embassy in London.

The arrest comes after the Ecuadorian government withdrew his asylum. He had been in the building for almost seven years to avoid being extradited to Sweden.

London's Metropolitan Police vowed earlier this month to arrest Assange if he were freed. Assange, who has lived in the embassy for more than six years, faces possible extradition to the U.S. for publishing thousands of classified military and diplomatic cables through WikiLeaks.

Assange, 47, has been in the embassy since 2012 when British courts ordered him extradited to Sweden to face questioning in a sexual assault case. That matter has since been dropped, but Wikileaks is facing a federal grand jury investigation over its publication of American diplomatic and military secrets during the Iraq War.

Assange, an Australian native, was arrested on a Westminster Magistrates’ Court warrant which was issued on June 29, 2012, for failing to surrender to court, Metropolitan Police said in a statement:

"It is absolutely right that Assange will face justice in the proper way in the UK,” Europe minister Sir Alan Duncan said after the arrest. "It is for the courts to decide what happens next."

Sir Alan said the move comes after "extensive dialogue between our two countries."

"Julian Assange is no hero and no one is above the law. He has hidden from the truth for years," Hunt tweeted. "Thank you Ecuador and President @Lenin Moreno for your cooperation with @foreignoffice to ensure Assange faces justice."

"URGENT: Ecuador has illigally terminated Assange political asylum in violation of international law. He was arrested by the British police inside the Ecuadorian embassy minutes ago," one tweet said. 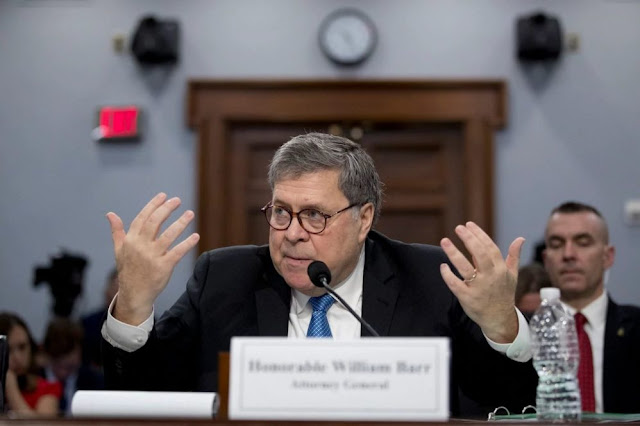 Attorney General Bill Barr testified Wednesday that he believes "spying did occur" on the Trump campaign in 2016, as he vowed to review the conduct of the FBI's original Russia probe -- and the focus of a related internal review shifted to the role of a key FBI informant.

"I think spying did occur. The question is whether it was adequately predicated. … I think it’s my obligation. Congress is usually very concerned with intelligence agencies and law enforcement agencies staying in their proper lane," he testified before a Senate Appropriations subcommittee, while noting that "spying on a political campaign is a big deal."

The comments follow a new report that the Justice Department’s internal watchdog also is scrutinizing the role of an FBI informant who contacted members of the Trump campaign during the 2016 election, as part of a broader review of the early stages of the Russia investigation.

The New York Times reported that Justice Department Inspector General Michael Horowitz is looking into informant Stefan Halper’s work during the Russia probe, as well as his work with the FBI prior to the start of that probe. 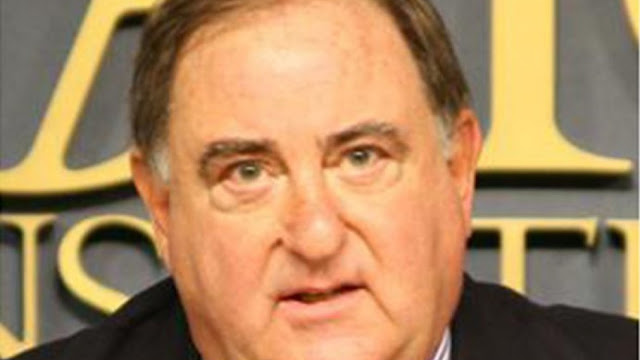 Halper, an American professor who reportedly is deeply connected with British and American intelligence agencies, has been widely reported as a confidential source for the FBI during the bureau’s original investigation into Russian meddling in the 2016 election. That official counterintelligence operation was opened by then-senior agent Peter Strzok, who has since been fired from the bureau. 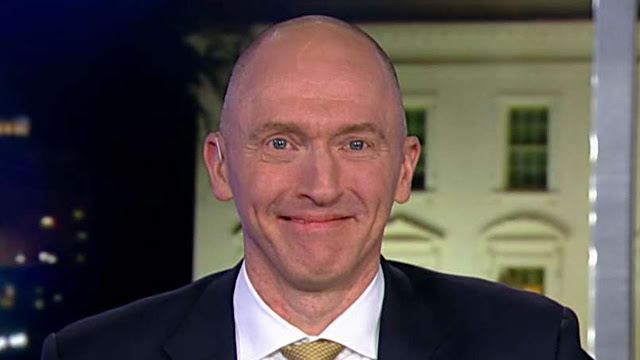 Page also was the subject of several Foreign Intelligence Surveillance Act (FISA) warrants during the campaign -- which is an issue at the heart of the IG's investigation. Republicans, including President Trump, have alleged misconduct in the bureau and Justice Department’s handling of those FISA warrants.

"It was an illegal investigation. ... Everything about it was crooked," Trump told reporters on Wednesday, describing it as an attempted "coup" and reiterating his interest in digging into the probe's origins. "There is a hunger for that to happen."

The Times, in its report, noted that Halper also contacted former Trump campaign aide Sam Clovis. It is unclear whether Halper had the FBI’s permission to contact Clovis, according to the report.

Horowitz, more broadly, is probing alleged wrongdoing related to the issuance of FISA warrants to surveil Page during the election. During a prior hearing on Capitol Hill on Tuesday, Barr testified that Horowitz’s investigation is expected to be complete by May or June.

While vowing to release Special Counsel Robert Mueller's now-completed Russia report in a matter of days, Barr also announced Tuesday that he was reviewing the origins of the Russia investigation at the FBI and the Justice Department, amid mounting calls for scrutiny of the probe's beginnings from Trump and prominent congressional Republicans.

“More generally, I am reviewing the conduct of the investigation and trying to get my arms around all of the aspects of the counterintelligence investigation that was conducted in the summer of 2016,” Barr told the House Appropriations Committee on Tuesday.

Also on Tuesday, Fox News reported that a source said Barr had assembled a “team” to investigate the origins of the bureau’s counterintelligence investigation into the Trump campaign.

On Wednesday, Barr testified that he hasn't technically "set up a team" but has colleagues helping him as he reviews the case.

"This is not launching an investigation of the FBI," he stressed. "Frankly, to the extent there were issues at the FBI, I do not view it as a problem of the FBI. I think it was probably a failure of the group of leaders—the upper echelons of the FBI. I think the FBI is an outstanding organization and I am very pleased Director Chris Wray is there."

He added, "If it becomes necessary to look over former officials, I expect to rely on Chris and work with him. I have an obligation to make sure government power is not abused and I think that’s one of the principal roles of the attorney general."

The FBI’s 2016 counterintelligence investigation, formally opened by Strzok, began with a “paucity” of evidence, according to former FBI counsel Lisa Page, with whom Strzok was romantically involved.

During a closed-door congressional interview, Page admitted that the FBI “knew so little” about whether allegations against the Trump campaign were “true or not true” at the time they opened the probe, adding that they had just “a paucity of evidence because we [were] just starting down the path” of vetting allegations.

Page also said in her interview that it was “entirely common” that the FBI would begin an investigation with just a “small amount of evidence.”

Barr’s team will also review the FISA warrants issued against Carter Page. The issuance of the FISA warrants relied, in part, on the unverified anti-Trump dossier authored by ex-British Intelligence Agent Christopher Steele. 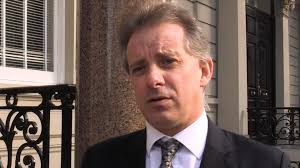 Steele worked on behalf of Fusion GPS—a firm paid by the Hillary Clinton campaign and the Democratic National Committee through law firm Perkins Coie to do opposition research against the Trump campaign.

In the dossier, Steele accused Page of conspiring with Russians. Page was not charged with any wrongdoing in either the FBI’s Russia probe or Mueller’s.

Barr’s review could also dovetail with the work U.S. Attorney John Huber has been doing. In 2017, former Attorney General Jeff Sessions appointed Huber to review not only alleged surveillance abuses by the Justice Department and the FBI but also the handling of the probe into the Clinton Foundation and other matters.

The day following Barr’s release of his summary of the Mueller report, Senate Judiciary Committee Chairman Lindsey Graham, R-S.C., said his panel also would investigate alleged FISA abuses at the start of the Russia investigation and called on Barr to appoint a new special counsel to investigate “the other side of the story.”

Graham has been calling for a second special counsel since 2017 to investigate “whether or not a counterintelligence investigation was opened as a back door to spy on the Trump campaign.”

Also, House Intelligence Committee Ranking Member Devin Nunes, R-Calif., said over the weekend he was preparing to send eight criminal referrals to the Justice Department this week regarding alleged misconduct by DOJ and FBI officials during the Trump-Russia investigation. It is unclear whom Nunes will refer for investigation, and what the process at the Justice Department might be.

When asked Tuesday about Nunes’ referrals, Barr said he hasn’t seen them yet, but, “Obviously, if there is a predicate for investigation, it will be conducted.”

Fox News’ Gregg Re and Jake Gibson contributed to this report.

https://www.foxnews.com/politics/doj-watchdog-fbi-informant-in-russia-probe
Posted by Frances Rice at 9:54 AM