You Can’t Make This Up: There's Some Irony About Ilhan Omar’s Tweet About CA Synagogue Shooting 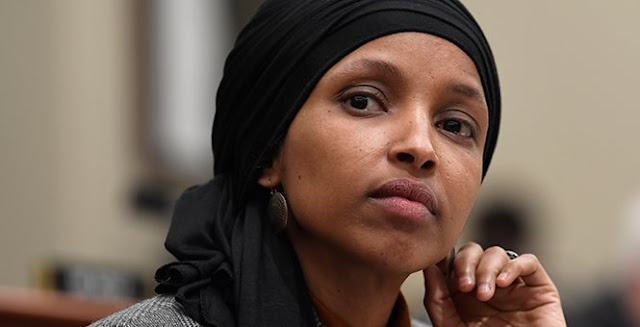 Tragedy struck the Jewish community this weekend. A man decided to open fire at a synagogue in San Diego. Anti-Semitism is the motive, according to reports. One person was killed. Three others were wounded. John Earnest is the name of the suspect (via Reuters):

Police say the gunman walked into the suburban San Diego synagogue late on Saturday morning, the last day of the week-long Jewish holiday of Passover, and killed one woman and wounded three other people inside, using an assault-style rifle.

According to authorities, the suspect, John Earnest, then fled in a car before calling police to hand himself in.

We believe he acted alone and without outside support in carrying out the attack,” San Diego County Sheriff Bill Gore said in a statement.

So, you would think that Rep. Ilhan Omar (D-MN) who has a long history of peddling anti-Semitic tropes would probably want to stay away from this one, right? Nope.

She tweeted, “Earnest shot & killed Jewish worshippers and bombed a Masjid [Mosque]. Islamophobia and Anti-Semitism are two sides of the same bigoted coin. Let us stand together as Americans in rejecting hate!”

She linked to the op-ed she wrote after she was elected to Congress on the matter.

Lady, you said that supporters of Israel exhibited dual loyalty and said Israel had hypotonic powers to blind people to their evil.

Oh, there was the “all about the Benjamins” tweet, which centered on AIPAC and its donations.

Listen, we get it. As a Democrat, you have separate rules.

You can be hypocritical and get away with it. You can be an insufferable condescending pile of garbage, but be viewed as some rising star in a party that has many allies in the liberal media.

In real world, Omar is pretty much now a full-blown anti-Semite—and an anti-Semite condemning…anti-Semitism is just wrong.

But, as Grabien’s Tom Elliott noted, an anti-Semite who then lectures us about…anti-Semitism is just…there’s no shame.

The irony is extreme.

Of course, the media has already pegged the true culprit: Donald Trump.