The Russians and the Dossier 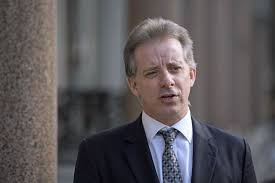 Mueller should have investigated whether Moscow used Steele in its interference.

Politicians keep reminding us not to lose sight of special counsel Robert Mueller’s broader assignment: to investigate Russia’s interference in the 2016 election. If only someone had reminded Mr. Mueller.

One of the biggest failures of the Mueller probe concerns not what was in the final report, but what was not. Close readers will search in vain for any analysis of the central document in this affair: the infamous “dossier.” It’s a stunning omission, given the possibility that the Russians used that collection of reports to feed disinformation to U.S. intelligence agencies, sparking years of political maelstrom.

The dossier—compiled by former British spy Christopher Steele on behalf of Fusion GPS, an opposition-research firm working for the Hillary Clinton campaign and the Democratic National Committee—fed to the Federal Bureau of Investigation and the media the principal allegations of the “collusion” narrative. It claimed Paul Manafort was at the center of a “well-developed” Trump-Russia “conspiracy”; that Carter Page served as his intermediary, conducting secret meetings with a Kremlin official and the head of a state energy company; that Michael Cohen held a clandestine meeting in Prague with Vladimir Putin cronies; and that theRussians had compromising material on Donald Trump, making him vulnerable to blackmail.

The dossier was clearly important to the FBI probe. Its wild claims made up a significant section of the FBI’s application for a secret surveillance warrant on Mr. Page.

The Mueller report exposes the dossier claims as pure fiction. Yet in describing the actions of the Trump campaign figures the FBI accused, the report assiduously avoids any mention of the dossier or its allegations. Mr. Mueller refers to Mr. Steele and his work largely in passing, as part of the report’s description of how former FBI Director James Comey informed Mr. Trump of the dossier’s existence. The dossier is blandly described several times as “unverified allegations compiled” by Mr. Steele.

Once Mr. Mueller established that the dossier was a pack of lies, he should have investigated how it gained such currency at the highest levels of the FBI.

Yet his report makes clear he had no interest in plumbing the antics of the bureau, which he led from 2001-13. Instead, he went out of his way to avoid the dossier and give cover to the FBI.

The special counsel had another, more pressing reason to look at the dossier: It fell within his core mission. Since its publication by BuzzFeed in January 2017, we’ve learned enough about Mr. Steele and Fusion GPS to wonder if the Russians used the dossier for their own malign purposes.

In the first telling, Mr. Steele was described by friendly media as simply a “former Western intelligence official” with a history at Britain’s overseas intelligence service. It turns out he worked in Russia. Mr. Steele spent his first years of service under diplomatic cover in Moscow, later in Paris. And in 1999 he was among 117 British spies whose covers were publicly blown by a disgruntled ex-MI6 officer.

The former spy, known to the public and therefore to Russia, also became known for sending reports to the U.S. government. Last year former Obama State Department official Jonathan Winer explained that in 2009 he became friendly with the self-employed Mr. Steele, and starting as early as 2013 ensured that “more than 100 of Steele’s reports” on Russia topics were shared with the State Department. Given that the dossier is largely based on Russian sources, some supposedly connected to the Kremlin, did the Kremlin know about this arrangement and see an opportunity to spoon-feed the U.S. government disinformation?

We’ve also learned more about Mr. Steele’s and Fusion’s connections to Russians. Mr. Steele sent a series of emails to Justice Department employee Bruce Ohr in 2016 inquiring about the status of a visa for Oleg Deripaska, an oligarch with Kremlin ties. Fusion GPS was working alongside Natalia Veselnitskaya, the Russian lawyer who arranged the infamous meeting with Donald Trump Jr. in June 2016. Fusion was hired as part of a team to help Ms. Veselnitskaya undermine Bill Browder, the man behind the Magnitsky Act, a law that imposes sanctions on Russians for corruption and human-rights violations.

Justice Department Inspector General Michael Horowitz and Attorney General William Barr may answer some of the questions Mr. Mueller refused to touch. Thanks to the special counsel we know Republicans weren’t playing footsie with Russians. But thanks to BuzzFeed, we know that Democrats were.

America deserves to know how far that interaction extended.