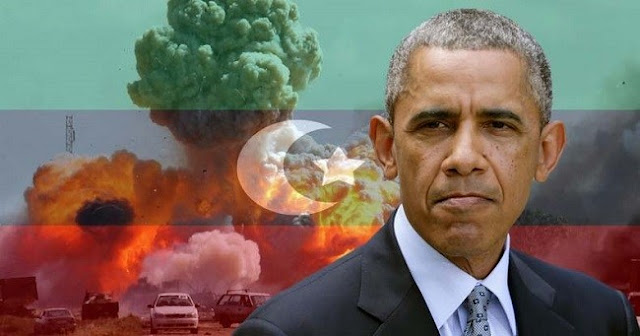 From Responsibility to Protect to Slave Markets

If a Republican President had invaded Libya and overthrown its government, then left bloody chaos, terrorism and rampant arms smuggling behind, our courageous press corps would be all over the story like a chicken on a June bug.

But fortunately all this happened under President Obama, so we don’t hear all that much about it. And when we do, nobody tries to assign blame to the arrogant ignoramuses who “organized” this disaster. 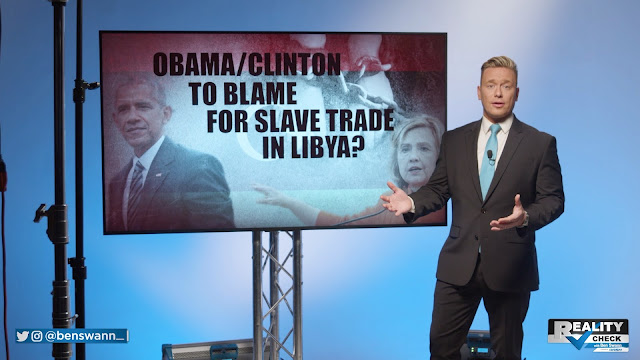 But the latest news, that slave markets are now operating in Libya, where desperate black Africans are being bought and sold as slaves, ought to trigger some kind of response.

The north African nation is a major exit point for refugees from Africa trying to take boats to Europe. But since the overthrow of autocratic leader Muammar Gaddafi, the vast, sparsely populated country has slid into violent chaos and migrants with little cash and usually no papers are particularly vulnerable.

One 34-year-old survivor from Senegal said he was taken to a dusty lot in the south Libyan city of Sabha after crossing the desert from Niger in a bus organised by people smugglers. The group had paid to be taken to the coast, where they planned to risk a boat trip to Europe, but their driver suddenly said middlemen had not passed on his fees and put his passengers up for sale. 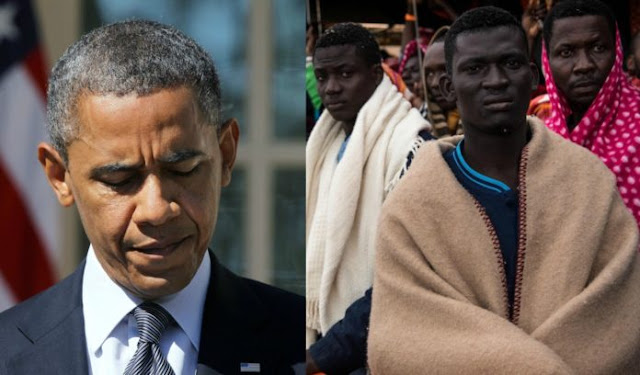 “The men on the pick-up were brought to a square, or parking lot, where a kind of slave trade was happening. There were locals – he described them as Arabs – buying sub-Saharan migrants,” said Livia Manante, an IOM officer based in Niger who helps people wanting to return home.

She interviewed the survivor after he escaped from Libya earlier this month and said accounts of slave markets were confirmed by other migrants she spoke to in Niger and some who had been interviewed by colleagues in Europe.

Again, if Republicans were responsible for this it would be the Biggest. Disaster. Ever.

As it is: crickets.

https://www.the-american-interest.com/2017/04/11/from-responsibility-to-protect-to-slave-markets/
Posted by Frances Rice at 11:26 AM