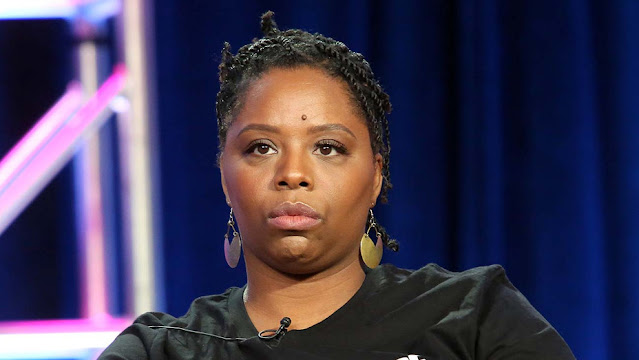 Black Lives Matter is a sham. The organization was built on a lie. And like most lies, Democrats “let no crisis go to waste”.

So BLM was born. A movement to save blacks from the supposed “epidemic” of black people being killed at the hands of cops. Yes, the less than 20 questionable deaths annually, of the roughly 100 fatal shootings of blacks annually.

Meanwhile in almost any Democrat-controlled city in America, those numbers represent about a month’s worth of black-on-black death.

When confronted with the real numbers, BLM and its supporters try to change the narrative back to the “epidemic”. However, Americans have awakened to “woke”, and now push back against this racist, anti-cop nonsense.

Many Americans connected the dots.

So what’s an organization to do when their lies are exposed? Buy houses.

Recall that one of the founders of BLM bought herself over $3.5 million in properties. Ironically, in mostly white neighborhoods. I’m sure she chose white neighborhoods, so she could keep an eye on the enemy. Because one would think that if police brutality were her chief concern, she would have bought homes in black areas of town so she could be close to the problem?

I wrote of the con Cullors at the time:

Patrisse “Con” Cullors co-founded the terrorist group Black Lives Matters. And the avowed Marxist did pretty well for herself, financially.

Cullors recently purchased millions of dollars in real-estate. And when confronted with the shocking truth of her being a hypocrite, Cullors explained: “I needed to take care of my family”. That sounds like an excuse even Bernie Sanders could appreciate.

Those within BLM wanted an investigation. However, Con-Cullors found her way inside the inner sanctum and Mark Zuckerberg of Facebook issued a fatwa against anybody who dared criticize the racist Black hypocrite. Thus, like Zuckerberg mandated on “vaccine hesitancy,“ he ordered his minions to bury any references to Con-Cullors’ larceny.

Sadly for the Left, this story didn’t go away.

Millions of people recognized the hypocrisy and continued pushing the story. And we proved to Facebook and other social media, you cannot keep the truth from surfacing. Cullors is a con.

And now, BLM must find a new leader. Because according to AP, Cullors decided to step down. Cullors stated:

“I’ve created the infrastructure and the support, and the necessary bones and foundation, so that I can leave,” Cullors told The Associated Press. “It feels like the time is right.”…

The 37-year-old activist said her resignation has been in the works for more than a year and has nothing to do with the personal attacks she has faced from far-right groups or any dissension within the movement.

“Those were right-wing attacks that tried to discredit my character, and I don’t operate off of what the right thinks about me,” Cullors said.

Having milked the organization for a few million, Cullors called it quits. And now no one appears to have been in charge at Black Lives Matter for months.

According to the The Washington Examiner, the address it lists on tax forms is wrong, and the charity’s two board members won’t say who controls its $60 million bankroll.

BLM co-founder Patrisse Cullors appointed two activists to serve as the group’s senior directors following her resignation in May amid scrutiny over her personal finances. But both quietly announced in September that they never took the jobs due to disagreements with BLM. They told the Washington Examiner they don’t know who now leads the nation’s most influential social justice organization.

“This is grossly irregular and improper for a nonprofit with $60 million in its coffers,” Kamenar said.