Liz Cheney Reveals the True Purpose of the J6 Committee 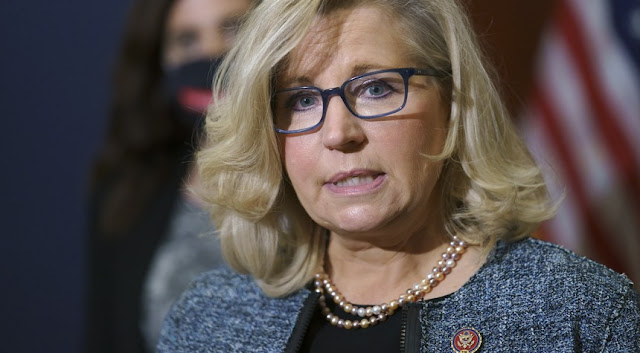 The Democrats have an unhealthy obsession with the Capitol riot. More than anything, they seem intent on making sure the public never forgets it. Meanwhile, J6 prisoners are being treated worse than jihadists at Gitmo, and Democrats continue to claim that Trump incited an insurrection, even though not a single rioter has been charged with insurrection. Moreover, various text messages released by the committee have actually exonerated Trump. The committee even doctored text messages to make them look incriminating when they weren’t.

For sure, few people believe that the J6 Committee is really after justice. In addition to finding ways to change election laws, the committee also seems to have to expanded the surveillance powers on its wish list.

In an interview on CBS’s Face the Nation, Cheney was asked by host Margaret Brennan if she intended to run for president against Trump in 2024, and Cheney said the quiet part out loud about the true goal of the committee.

“I’m very focused right now on my re-election and on the work of the select committee,” Cheney replied. “I can tell you that the single most important thing, though, is to ensure that Donald Trump is not the Republican nominee and that he certainly is not anywhere close to the Oval Office ever again.”

A moment of honesty! The committee doesn’t care about justice for those involved; this whole charade is about preventing Donald Trump from running for president again.

Of course, that’s what this is all about! Donald Trump is not only leading the pack of potential GOP candidates for president in 2024, he’s also leading in hypothetical match-ups against Joe Biden. Trump is coasting towards an epic political comeback because of Biden’s incompetence, and bitter Democrats and RINOs are using this committee to try to stop that from happening.