Joe Biden Doesn’t Want You Know This About George Wallace 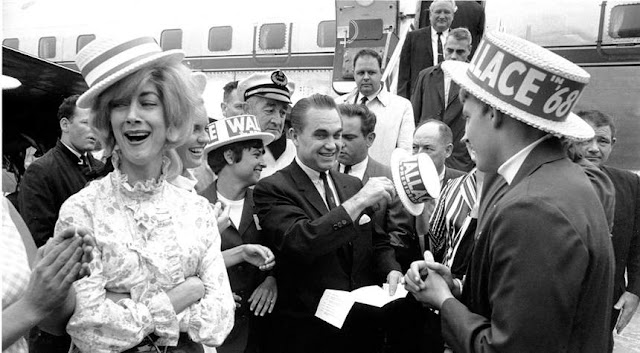 On Tuesday, Joe Biden gave a ridiculous speech about voting rights, during which he advocated for the elimination of the filibuster so Democrats can ram their federal election takeover through Congress, and made some ridiculous accusations about the Capitol riot.

There were many issues with his speech, but one thing that caught my attention was when Biden asked a series of questions in an attempt to claim the moral high ground on the issues he was discussing.

It was a curious quote indeed, and not just because of the ridiculousness of his equating his party’s efforts today to the Civil Rights movement or ending slavery.

Missing from Biden’s speech was the fact that George Wallace, Bull Connor, and Jefferson Davis were all Democrats. So, technically, Joe Biden, and the partisan Democrats who participated in the charade in Georgia, were all on their side.

But Joe Biden stands out as unique among them because he isn’t just on the same side of the Democrats mentioned above by being in the same party.

In 1975, he was an undeniable fan of George Wallace. “I think the Democratic Party could stand a liberal George Wallace—someone who’s not afraid to stand up and offend people, someone who wouldn’t pander but would say what the American people know in their gut is right,” he told the Philadelphia Enquirer.

Biden remained a fan of Wallace through the 1980s. In 1981, he praised Wallace’s positions on various issues and told a black witness during a Senate committee hearing that “sometimes even George Wallace is right.” Later, during his first attempt at running for president in 1987, he bragged that in 1973 Wallace considered him “one of the outstanding young politicians of America,” and while campaigning in Alabama, he said, “we (Delawareans) were on the South’s side in the Civil War.”

Imagine if any Republican had ever said such things.

Biden also actively cozied up to Southern segregationist Democrats for help and support for his anti-busing legislation—which Kamala Harris used against him during the 2020 Democratic primary to suggest that he was a racist. Biden also praised former Ku Klux Klan “Exalted Cyclops” Robert Byrd and referred to him as a “friend,” “mentor,” and “guide.”

The evidence that Joe Biden is a racist is overwhelming, and not just because of his support for segregationists. He has a history of making blatantly racist comments. All the speeches in the world can’t change who Biden was or still is.