None of My Best Friends Are Black 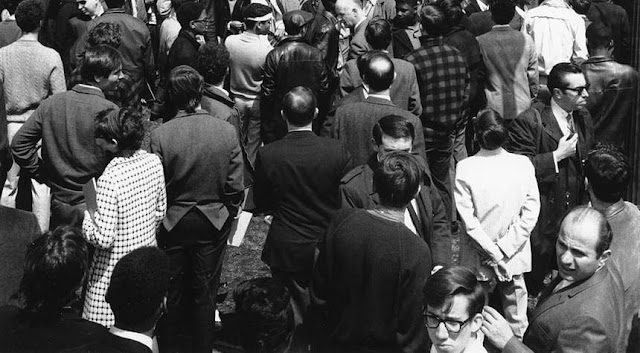 If you jump in the Wayback machine with Sherman and Mr. Peabody, you may recall the presidency of one Barack Obama. And since most of our readers are above the age of 13, I assume you can recall that period in American history. During Obama’s presidency, anyone who dared to take umbrage with his policies was automatically labeled a racist/white supremacist. You know the drill. That particular presidential campaign took place shortly before my conversion to conservatism. A good Lefty since birth, I was excited to see someone like Obama electrify the masses with his soaring rhetoric. I remember telling my then future wife that he was our generation’s JFK. Yeah, I know, don’t start with me. I’ll show myself out when I’m done.

But I can pinpoint the exact moment when I switched sides. I had been slowly drifting right for a while,  but couldn’t quite commit. That is until I heard Obama announce his intention to bankrupt the coal industry. I didn’t live in coal country at the time, but pretty close. Close enough to know how many people would have their lives yanked out from under them. And some of those people lived in very blue counties. That’s when I flipped. That’s when I finally had to admit that the Left was in fact guilty of every filthy, self-serving, narcissistic, and avaricious sin that it accused the Right of committing. And of course by admitting to that, I apparently joined the ranks of the racists who, according to Joe Biden, wanted to put black people back in chains. I didn’t oppose Obama because of the color of his skin. I opposed Obama because of his elitist worldview and because he exemplified the thing that upset me the most. The Left was nothing at all what it pretended to be.

It was a very strange thing for me to be labeled a racist. I grew up in a black neighborhood. I was surrounded by black culture. The music I heard was from Parliament, Bootsy Collins, Heatwave, Ohio Players, and later The Sugarhill Gang and a slew of blues artists. That is not to say it was my music , but it was the music I grew up on and when I hear it today, it brings back memories.

Yes, as a short, skinny white kid with glasses, I got roughed up for the color of my skin on occasion. I was even spit on and throat-punched once. But I also caught hell from rich and poor white kids who were just jerks. And I had plenty of black friends back in high school and beyond. Some were good friends, some were casual acquaintances. As I have written before, my first girlfriend was black and no one except my left-wing parents had a problem with it.

I launched my radio show shortly after my conversion to conservatism and I remember someone calling in and saying “Lincoln, they are going to call us racists no matter what we do, so why should we care?” And he had a point. The word itself has been bandied around so often that for many, it has lost its meaning. Unless, of course, you are a member of the legacy media, a Democrat politician, or a progressive. Then it remains the one and only shibboleth for designating good from evil. These people are determined to mine racist nuggets from every human heart and, if necessary, create conditions to nurture it where it does not exist.

Case in point: Betsy McCaughey’s article in the New York Post on the injection of race-based care into the healthcare system. In a nutshell, certain actors want to provide healthcare based on skin color, which includes denying access to ventilators and intensive care units to white people. I’m not a doctor and I don’t play one on TV, but I’m fairly certain that this is in contravention of the Hippocratic Oath. I’ll leave it to you to peruse the piece, but I will say that it is the intention of the proponents to ostensibly foster equity. Ostensibly. The real reason is to generate social capital and put themselves as far from harm’s way as possible during the systematic destruction of America. And it is to create racism where it had not previously existed.

Contrary to popular belief, on my 18th birthday a cadre of white men did not show up at my door, teach me a secret handshake, and give me a scholarship and an AMEX card with no limit that I never needed to pay back. In fact, I started my first real job in high school to help my family meet its bills. And I paid for college by painting buildings and hauling garbage. And I spent years paying off a student loan. But oddly enough, the people who want to accuse me of racism seem to be extremely well-off and, in some cases, whiter than the paper in your home printer. There are a hell of a lot of white people who would not be welcome in the ranks of the one-percenters, no matter their political beliefs.

I never thought that black people were any more dangerous than white people. Experience alone taught me that. And we have nothing to gain and everything to lose when groups live in poverty. But I often wonder about the black people I knew in my earlier years. Would they still call me their friend? Or would they call me a racist and judge me guilty of crimes I never committed and of harboring thoughts that never entered my head? Would they demand reparations for things I never stole or did? Would I be a still be a friend or an enemy?

During my time on the air, I frequently interviewed members of Project 21, a group of black conservatives. Interestingly enough, a small percentage of the conversations centered around race. As it turns out, black people have thoughts about all kinds of things. Who knew–right, Democrats? Of course that is true until the Left has something to say about it.  And I know that the members of Project 21 have taken more than their fair share of heat for bolting from the progressive herd. Sadly, we have somehow evolved so far in our thinking that we cannot share ideas without tying someone to the stake. And now, the Left has found a way to bring their war to the hospitals and clinics. One can almost hear them panting, waiting to screech “RACIST” at the top of their lungs the moment someone raises an objection. Have we eliminated racism? Of course not. And if some people on the Left have their way, it will be with us for the foreseeable future.