What Is the Great Reset? 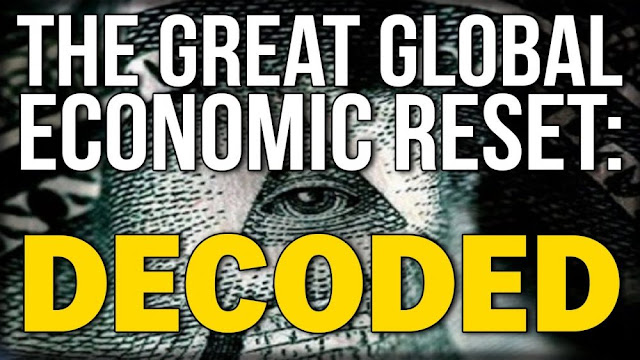 The following is an excerpt of an article that was adapted from a talk delivered at Hillsdale College on November 7, 2021, during a Center for Constructive Alternatives conference on “The Great Reset.”

Another way of describing the goal of the Great Reset is “capitalism with Chinese characteristics”—a two-tiered economy, with profitable monopolies and the state on top and socialism for the majority below.

Indeed, just last year, Klaus Schwab, founder and executive chairman of the World Economic Forum (WEF)—a famous organization made up of the world’s political, economic, and cultural elites that meets annually in Davos, Switzerland—and Thierry Malleret, co-founder and main author of the Monthly Barometer, published a book called COVID-19: The Great Reset. In the book, they define the Great Reset as a means of addressing the “weaknesses of capitalism” that were purportedly exposed by the COVID pandemic.

But the idea of the Great Reset goes back much further. It can be traced at least as far back as the inception of the WEF, originally founded as the European Management Forum, in 1971. In that same year, Schwab, an engineer and economist by training, published his first book, Modern Enterprise Management in Mechanical Engineering. It was in this book that Schwab first introduced the concept he would later call “stakeholder capitalism,” arguing “that the management of a modern enterprise must serve not only shareholders but all stakeholders to achieve long-term growth and prosperity.” Schwab and the WEF have promoted the idea of stakeholder capitalism ever since. They can take credit for the stakeholder and public-private partnership rhetoric and policies embraced by governments, corporations, non-governmental organizations, and international governance bodies worldwide.

The specific phrase “Great Reset” came into general circulation over a decade ago, with the publication of a 2010 book, The Great Reset, by American urban studies scholar Richard Florida. Written in the aftermath of the 2008 financial crisis, Florida’s book argued that the 2008 economic crash was the latest in a series of Great Resets—including the Long Depression of the 1870s and the Great Depression of the 1930s—which he defined as periods of paradigm-shifting systemic innovation.

In June 2020, at its 50th annual meeting, the WEF announced the Great Reset’s official launch, and a month later Schwab and Malleret published their book on COVID and the Great Reset. The book declared that COVID represents an “opportunity [that] can be seized”; that “we should take advantage of this unprecedented opportunity to reimagine our world”; that “the moment must be seized to take advantage of this unique window of opportunity”; and that “[f]or those fortunate enough to find themselves in industries ‘naturally’ resilient to the pandemic”—think here of Big Tech companies like Apple, Google, Facebook, and Amazon—“the crisis was not only more bearable, but even a source of profitable opportunities at a time of distress for the majority.”

Proponents of the Great Reset hold “neoliberalism” responsible for our economic woes. But in truth, the governmental favoring of industries and players within industries—what used to be known as corporatism or economic fascism—has been the real source of what Schwab and his allies at the WEF decry. 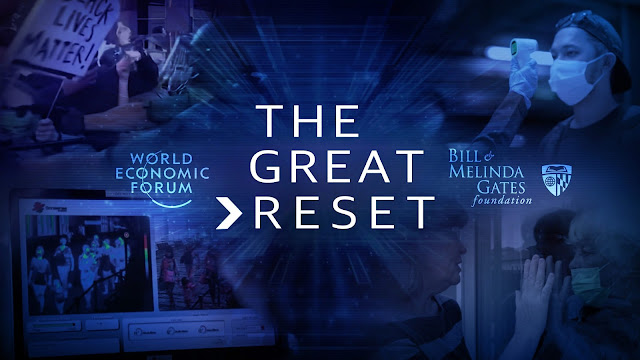 Another way of describing the goal of the Great Reset is “capitalism with Chinese characteristics”—a two-tiered economy, with profitable monopolies and the state on top and socialism for the majority below.

The Great Reset represents the development of the Chinese system in the West, but in reverse. Whereas the Chinese political class began with a socialist political system and then introduced privately held for-profit production, the West began with capitalism and is now implementing a Chinese-style political system. This Chinese-style system includes vastly increased state intervention in the economy, on the one hand, and on the other, the kind of authoritarian measures that the Chinese government uses to control its population.

Schwab and Malleret write that if “the past five centuries in Europe and America” have taught us anything, it is that “acute crises contribute to boosting the power of the state. It’s always been the case and there is no reason it should be different with the COVID-19 pandemic.”

The draconian lockdown measures employed by Western governments managed to accomplish goals of which corporate socialists in the WEF could only dream—above all, the destruction of small businesses, eliminating competitors for corporate monopolists favored by the state. In the U.S. alone, according to the Foundation for Economic Education, millions of small businesses closed their doors due to the lockdowns. Yelp data indicates that 60 percent of those closures are now permanent. Meanwhile companies like Amazon, Apple, Facebook, and Google enjoyed record gains.

Other developments that advance the Great Reset agenda have included unfettered immigration, travel restrictions for otherwise legal border crossing, the Federal Reserve’s unrestrained printing of money and the subsequent inflation, increased taxation, increased dependence on the state, broken supply chains, the restrictions and job losses due to vaccine mandates, and the prospect of personal carbon allowances.

Such policies reflect the “fairness” aspect of the Great Reset—fairness requires lowering the economic status of people in wealthier nations like the U.S. relative to that of people in poorer regions of the world. One of the functions of woke ideology is to make the majority in developed countries feel guilty about their wealth, which the elites aim to reset downwards—except, one notices, for the elites themselves, who need to be rich in order to fly in their private jets to Davos each year.

In terms of the social order, the Great Reset promises inclusion in a shared destiny. But the subordination of so-called “netizens” implies economic and political disenfranchisement, a hyper-vigilance over self and others, and social isolation—or what Hannah Arendt called “organized loneliness”—on a global scale. This organized loneliness is already manifest in lockdowns, masking, social distancing, and the social exclusion of the unvaccinated. The title of the Ad Council’s March 2020 public service announcement—“Alone Together”—perfectly captures this sense of organized loneliness.

In my recent book, Google Archipelago, I argued that leftist authoritarianism is the political ideology and modus operandi of what I call Big Digital, which is on the leading edge of a nascent world system. Big Digital is the communications, ideological, and technological arm of an emerging corporate-socialist totalitarianism. The Great Reset is the name that has since been given to the project of establishing this world system.

Just as Schwab and the WEF predicted, the COVID crisis has accelerated the Great Reset. Monopolistic corporations have consolidated their grip on the economy from above, while socialism continues to advance for the rest of us below. In partnership with Big Digital, Big Pharma, the mainstream media, national and international health agencies, and compliant populations, hitherto democratic Western states—think especially of Australia, New Zealand, and Austria—are being transformed into totalitarian regimes modeled after China.

But let me end on a note of hope. Because the goals of the Great Reset depend on the obliteration not only of free markets, but of individual liberty and free will, it is, perhaps ironically, unsustainable. Like earlier attempts at totalitarianism, the Great Reset is doomed to ultimate failure. That doesn’t mean, however, that it won’t, again like those earlier attempts, leave a lot of destruction in its wake­—which is all the more reason to oppose it now and with all our might.