By Isa Cox | The Western Journal 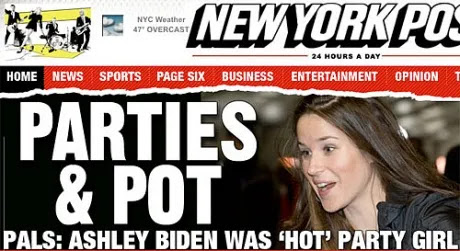 Ashely Biden’s diary revealed that her father, the current President of the United States, might have played a role in her being sexualized at a young age, and the big news is that it might have been criminal for someone else to possess the sordid autobiographical details. 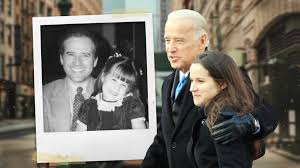 In the diary, the president’s daughter wrote that “showers w/ my dad (probably not appropriate)” might have played a role in her sex addiction as an adult, as well as being “hyper-sexualized [at] a young age” which allegedly involved another family member as a child, according to the U.K.’s Daily Mail.

Considering “dad” is President Joe Biden, the chief executive and leader of the party which has made drag queens and classroom discussions on sexuality a political rallying point, this is rather significant.

But as far as the establishment media is concerned, the big news is that … dun dun dun … someone discovered and sold the diary to journalists.

If this gloriously overlooked point of the story doesn’t sum up how the fourth estate has treated the Biden administration in a nutshell, well, there are practically countless other examples of legacy media’s glaring double standards and how it leverages its power of influence to exercise its thinly veiled political agenda, but I digress. 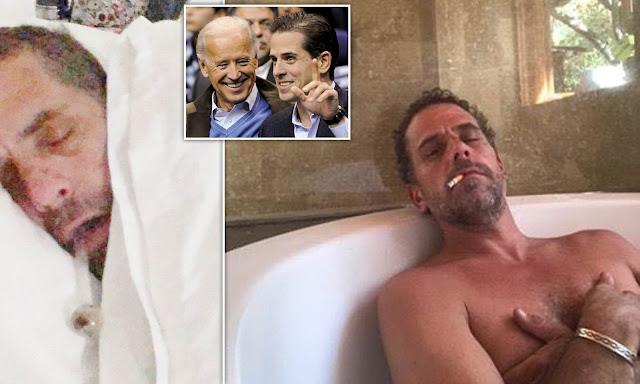 Any who, just like the president’s long history of racism, sexual assault allegations and the dumpster fire that is First Son Hunter Biden’s entire life story and sundry shady connections to his father’s political career, the fact that Ashley Biden’s diary reveals these unsettling facts about her relationship with her father should cause many a massive media sensation, but won’t, because, well, wild media bias and corruption.

So, let’s examine the facts, since, as illustrated, there’s a good chance you haven’t caught this one in the cable news evening lineup lately.

A Florida woman is reportedly being investigated by the FBI for her connection to the discovery of the diary and subsequent role she played in conveying it to the conservative guerrilla journalism group, Project Veritas, the Mail reported on Thursday.

Aimee Harris, 39, was named in a report in The New York Times in 2021 which revealed that she had discovered the First Daughter’s diary in a home in which Ms. Biden had previously taken residence.

Harris sold the diary to Project Veritas after she found it in a Delray, Florida, home that she was staying in with her two children during a contentious custody dispute, as the Times reported.

Before this, in the early days of the 2020 presidential campaign, Ms. Biden had taken up residence in the home after doing a stint in rehab.

“I have always been boy crazy,” Ms. Biden, the only daughter of President Biden and his second wife, First Lady Jill Biden, wrote in the most eyebrow-raising entry, according to the Mail. “Hyper-sexualized @ a young age … I remember somewhat being sexualized with [a family member]; I remember having sex with friends @ a young age; showers w/ my dad (probably not appropriate).”

In July 27, 2019, during the thick of the Democratic presidential primaries, the diary revealed that Ashely Biden was still using drugs.

“My dad cried on the phone saying he has the debate in a week + ‘now has to worry about you,” she wrote.

“And he cried. Maybe he knows what he is doing + it’s worked but my feelings of guilt often are overwhelming,” she added.

At the time, it must be noted, Hunter Biden is said to have been struggling with crippling drug addiction as well, and human decency urges me to set all political animus and my culture war spirit entirely aside and note that perhaps if a person has exactly two children in the throes of devastating drug addictions, it might not be the best time to seek public office, let alone the highest office in the freest most powerful country in the history of humankind.

Just, you know, for future reference, since the Biden presidency ship has long since sailed and, well, we all know how well that’s going.

Maybe we can dodge a few economy-crashing, entire-future-of-America-is-at-stake minefields in the future if more politicians take some personal time to help support their multiple addict adult children and maybe, just throwing this out there, to also do some self-reflection on where one’s parenting might have gone wrong. Again, totally just throwing this out there for anyone to whom it might be beneficial.

So, all that being said, Harris is now reportedly under investigation for the role she played in selling the diary to Project Veritas, the latest legal milestone in a long investigation on the part of the federal government to uncover how Ms. Biden’s diary got into the hands of the conservative group.

Harris, who the Times noted appeared to have been a supporter of former President Donald Trump, is said to have worked with one Robert Kurlander, a convicted money-launderer, to sell the diary which as you can imagine would have been a rather juicy tidbit circa fall 2020.

Last year, the president of Veritas, James O’Keefe, was cuffed in his underwear by FBI agents as they conducted a pre-dawn raid on his residence.

“The feds now aren’t saying it was illegal to find the diary,” a source told the Mail of the probe into Harris. “Nor are they saying Aimee stole anything.”

“But it’s her selling the property of another that could be considered a crime. And the fact Ashley is the president’s daughter kicks it to a different legal level,” the source reportedly said.

According to the Mail, Kurlander and Harris brought the diary to a GOP fundraiser hosted by businesswoman and Trump associate Elizabeth Fago. It was Fago’s daughter who reportedly contacted Veritas, which ultimately met with Kurlander and Harris and secured the rights to publish the diary for the hefty sum of $40,000 which was split between the two schemers.

It’s incredible that the same federal law enforcement apparatus that has all but entirely ignored everything that Hillary Clinton and the DNC were doing in 2016 (nay, played a major role in the aforementioned party’s shady dealings) is zeroing in on a single mother who saw an opportunity to make some money by selling a diary which revealed that a man running for president at the time once showered with his daughter.

That’s a huge story, all the more so now that Biden is not only in office, but has taken a very decided side in a raging political battle over how appropriate it is to expose children to sexuality at a young age.

President Biden has been accused of flat-out sexual assault, he’s been photographed getting way too grabby with kids for years, has made inappropriate comments towards children since taking office and his own daughter has apparently wondered if his habit of showing with her as a child led to her sex addiction.

If anything, Ashley Biden’s diary reveals that deep-seated unhealthy attitudes towards sex can begin in childhood, is that not at the very least worth discussing?

Especially considering that, while I type this, there’s probably a scantily clad cross-dresser twerking in front of a child at some “pride” celebration somewhere?

The corruption we’re discussing here is not just political. It’s not just in the media. It is corruption within the hearts and souls of our collective understanding of innocence and the preservation thereof.

This can’t be overstated.