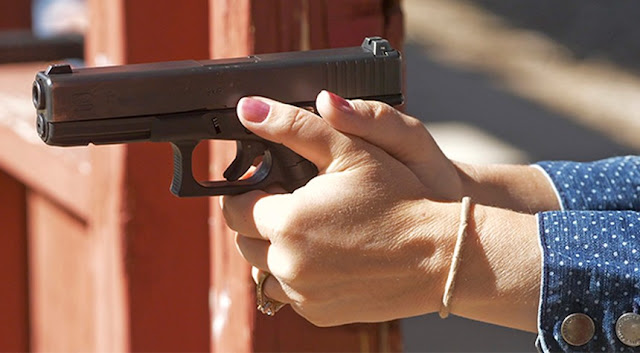 The Supreme Court on Thursday issued a 6-3 decision in New York State Rifle & Pistol Association v. Bruen, expanding gun rights for the first time in more than a decade.

The majority opinion, authored by Justice Clarence Thomas, held that New York’s “proper cause” requirement for obtaining a concealed carry license violated the Constitution because it “prevents law-abiding citizens with ordinary self-defense needs from exercising their right to keep and bear arms.”

New York’s restrictions, enacted more than a hundred years ago, required those who wish to carry a concealed weapon for self-defense to show “proper cause” rather than have a presumption of the right to carry. Similar laws exist in Massachusetts, Hawaii, New Jersey, Maryland, and California, where this ruling will have a huge ripple effect.

“The constitutional right to bear arms in public for self-defense is not ‘a second-class right, subject to an entirely different body of rules than the other Bill of Rights guarantees,'” Thomas wrote in the opinion. “The exercise of other constitutional rights does not require individuals to demonstrate to government officers some special need. The Second Amendment right to carry arms in public for self-defense is no different. New York’s proper-cause requirement violates the Fourteenth Amendment by preventing law-abiding citizens with ordinary self-defense needs from exercising their right to keep and bear arms in public.”

In a footnote, Thomas added that “nothing in our analysis should be interpreted to suggest the unconstitutionality of the 43 States’ ‘shall-issue’ licensing regimes, under which ‘a general desire for self-defense is sufficient to obtain a [permit].'”

“Because these licensing regimes do not require applicants to show an atypical need for armed self-defense, they do not necessarily prevent ‘law-abiding, responsible citizens’ from exercising their Second Amendment right to public carry,” he explained. “Rather, it appears that these shall-issue regimes, which often require applicants to undergo a background check or pass a firearms safety course, are designed to ensure only that those bearing arms in the jurisdiction are, in fact, ‘law-abiding, responsible citizens.'”

Thomas pointed out that “because any permitting scheme can be put toward abusive ends, we do not rule out constitutional challenges to shall-issue regimes where, for example, lengthy wait times in processing license applications or exorbitant fees deny ordinary citizens their right to public carry.”

In his dissent, Justice Stephen Breyer wrote: “Many states have tried to address some of the dangers of gun violence… by passing laws that limit, in various ways, who may purchase, carry, or use firearms of different kinds. The Court today severely burdens States’ efforts to do so.” He went on to list pages and pages of statistics on gun violence.

Why, for example, does the dissent think it is relevant to recount the mass shootings that have occurred in recent years? Does the dissent think that laws like New York’s prevent or deter such atrocities? Will a person bent on carrying out a mass shooting be stopped if he knows that it is illegal to carry a handgun outside the home? And how does the dissent account for the fact that one of the mass shootings near the top of its list took place in Buffalo? The New York law at issue in this case obviously did not stop that perpetrator. What is the relevance of statistics about the use of guns to commit suicide? See post, at 5–6. Does the dissent think that a lot of people who possess guns in their homes will be stopped or deterred from shooting themselves if they cannot lawfully take them outside?

The dissent cites statistics about the use of guns in domestic disputes, see post, at 5, but it does not explain why these statistics are relevant to the question presented in this case. How many of the cases involving the use of a gun in a domestic dispute occur outside the home, and how many are prevented by laws like New York’s?…

…The police cannot disarm every person who acquires a gun for use in criminal activity; nor can they provide bodyguard protection for the State’s nearly 20 million residents or the 8.8 million people who live in New York City. Some of these people live in high-crime neighborhoods. Some must traverse dark and dangerous streets in order to reach their homes after work or other evening activities. Some are members of groups whose members feel especially vulnerable. And some of these people reasonably believe that unless they can brandish or, if necessary, use a handgun in the case of attack, they may be murdered, raped, or suffer some other serious injury.

Alito added, “And while the dissent seemingly thinks that the ubiquity of guns and our country’s high level of gun violence provide reasons for sustaining the New York law, the dissent appears not to understand that it is these very facts that cause law-abiding citizens to feel the need to carry a gun for self-defense.”

That may be the most common-sense comment on guns we’ve heard in a very long time. Today is a very good day for the rights of citizens to protect themselves.