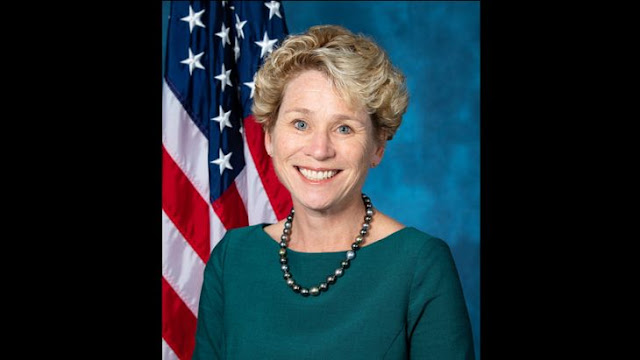 Despite being an advocate of “civility,” “decency,” and “unity” in the past, Rep. Chrissy Houlahan (D-Pa.) has apparently been so radicalized by her caucus that she now says the Republican Party is “diseased” and must be “cleansed.”

“This is, in my opinion, a diseased Republican Party. And it needs to be cured and cleansed,” Houlahan said on the Daily Beast‘s The New Abnormal podcast last month. “So the stakes of having a Republican, as an example, in my seat are more than just policy differences. They are democracy, in my opinion.”

The GOP is “diseased” and must be “cleansed?” Where have you heard such rhetoric before? It bears a shocking resemblance to the rhetoric of the Nazi Party.

Activists often make comparisons of their political enemies to Nazis, but in this case, this is not hyperbole.

From 1933 to 1945, Nazi Germany carried out a campaign to “cleanse” German society of individuals viewed as biological threats to the nation’s “health.”

Houlahan’s language is dehumanizing and immoral, and yet I have no doubt she has drunk enough of the left-wing Kool-Aid since she took office in 2019 that she actually believes what she’s saying. This is the kind of rhetoric that inspires left-wing activists to want to assassinate conservative Supreme Court justices or members of Congress. They’ve been conditioned to believe that people who disagree with them on policy are less than human. 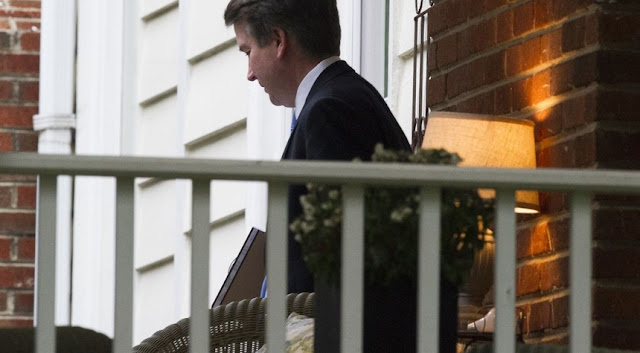 (AP Photo/Cliff Owen)
The attempted assassination of Supreme Court Justice Brett Kavanaugh should have universally shocked Americans. It seems that, out of basic human decency, people should have a real problem with resorting to violence and killing over differences in opinion on public policy, regardless of what side of the aisle they’re on.

Americans come together in the aftermath of tragedies such as mass shootings, natural disasters, and other highly publicized events that leave families shattered. Yet, people apparently have different attitudes about political assassinations.

According to a recently released poll, nearly half of male Democrats under the age of 50 (44 %) say it’s acceptable to assassinate a politician “who is harming the country or our democracy,” the highest percentage of any age/gender/party demographic.

Perhaps the most striking aspect of the poll is the generational difference. Older men and women of either party are significantly less likely to approve of the assassination of political opponents than their younger counterparts.

Party identification aside, it is clear that the younger generations are not being taught to respect the lives of others, particularly of their political opponents. This is a perilous path, especially when you consider the way the Democratic Party frequently accuses Republicans of being threats to democracy — while demonstrating that the violent rhetoric of Chuck Schumer was likely more dangerous than we thought.