Watch: Matthew McConaughey Tries to Rescue Biden During Gun Presser, And It's an Epic Fail

By By Randy DeSoto | The Western Journal 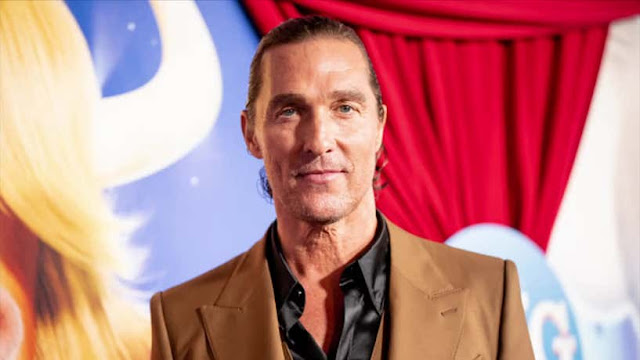 Academy Award-winning actor Matthew McConaughey sought to influence the public debate on gun control by appearing before the White House press corps on Tuesday.
He definitely looked like a fish out of water.

While no one could doubt the earnestness of the Texas native’s plea in the aftermath of the Uvalde shooting, the issue at hand is still what changes to gun laws are both constitutional and would have actually prevented the tragedy.

At the Tuesday briefing, McConaughey discussed how he was born and raised in Uvalde and traveled there the day after a deranged gunman killed 19 students and two teachers. The Hollywood star and his wife went to support and grieve with the community, which was an altogether good and right thing to do.

However, McConaughey then went on to list his policy recommendations, which seemed entirely out of place in the White House briefing room.

“We need background checks,” McConaughey continued. “We need to raise the minimum age to purchase an AR-15 rifle to 21. We need a waiting period for those rifles. We need red flag laws and consequences for those who abuse them.”

“Is this a cure-all? Hell no, but people are hurting,” he said.

Several of the policy changes McConaughey seeks are already in place, though some were not followed.

Robb Elementary School, where the shooting took place, was supposed to have a single entry point, requiring people to get buzzed in, but a side door was not locked, allowing the 18-year-old gunman to walk right in.

The school district employs armed police officers, but none were on site when the shooting occurred.

Background checks are already required for those purchasing firearms from a gun dealer.

The Uvalde shooter did not have a criminal record, so he was able to purchase two guns about a week before the shooting, according to The Washington Post.

What sort of waiting period does McConaughey seek? Days? Weeks?

It would seem a waiting period is intended to allow a cooling-off period for would-be murderers to rethink their plans.

In this case, the shooter unfortunately seemed hell-bent on carrying out his attack. He waited days after having the guns to go to the school.

A minimum age requirement of 21 to purchase an AR-15 would have prevented him from buying the guns legally, but he may still have found a way to get them illegally.

Raising the age to buy a semi-automatic rifle could potentially pass constitutional muster, assuming 18-year-olds can still purchase other guns for self-defense. They are legal adults, after all, and can live on their own.

“Responsible gun owners are fed up with the Second Amendment being abused and hijacked by some deranged individuals,” McConaughey said.

True enough. And responsible gun owners don’t want their rights taken away because of the wicked acts of these individuals.

“We want secure and safe schools and we want gun laws that won’t make it so easy for the bad guys to get these damn guns,” McConaughey said.

Regrettably, the main problem with gun control laws is that it’s the law-abiding citizens who follow them, while criminals and murderers often do not.

McConaughey has every right to make his arguments in favor of more gun control and other policy changes, but in terms of actually addressing the problem, it will take a change in the human spirit.

Gen. Douglas MacArthur famously said at the end of all the blood and carnage of World War II, “The problem basically is theological and involves a spiritual recrudescence and improvement of human character that will synchronize with our almost matchless advances in science, art, literature and all material and cultural developments of the past 2,000 years.

“It must be of the spirit if we are to save the flesh.”

Watch: Matthew McConaughey Tries to Rescue Biden During Gun Presser, And It's an Epic Fail (westernjournal.com)