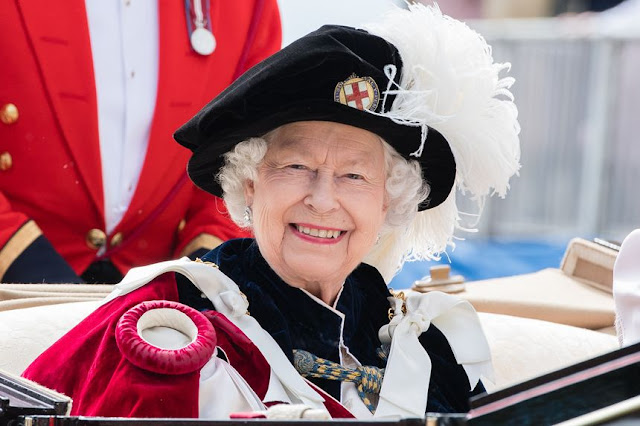 Links between the U.S. and U.K. have intensified at every level since her majesty’s accession in 1952 to her platinum jubilee this weekend.

Britain’s Queen Elizabeth II, who celebrates her platinum jubilee this weekend, has ruled for more than a quarter of the U.S.’s unruly existence. Looking back on her experience of the U.S. and its people during 70 years as monarch, she might note how little has changed. Her first prime minister, Winston Churchill, had an American mother. Her current prime minister, Boris Johnson, was born in New York and only renounced his U.S. citizenship in 2016. Today as in the 1950s, Britain is bickering with France, and is allied tightly with the U.S. against Russia. One of the queen’s relatives—not her uncle Edward VIII, but her grandson Prince Harry—is complaining in the American media that his family doesn’t understand him.

Since the queen’s accession in 1952, links between the U.S. and U.K. have intensified at every level, from military and intelligence coordination to politics, finance and entertainment. Two of the last three presidents are children of subjects of her father George VI: Barack Obama on his father’s side and Donald Trump on his mother’s. Prince Harry’s marriage to Meghan Markle continues the trans-Atlantic merging that has been going on since Randolph Churchill married Brooklyn-born Jennie Jerome. So do the queen’s Zoom visits with her great-grandchildren in Montecito, Calif.

Her majesty might accept that Dean Acheson was right in 1962 when he said Britain was no longer strong enough to act as an independent broker between Russia and the U.S. But she might challenge Acheson’s line that Britain had “lost an empire but not yet found a role.” After 1945, as Churchill understood, Britain’s global role was to be America’s wingman. The role of Queen Elizabeth, now 96, is to be a key member of the ground crew. She and Henry Kissinger, who just turned 99, are among the few public figures who can remember the Suez Crisis of 1956, which confirmed the Cold War pecking order.

With the U.S. established as the West’s “Top Gun,” all 14 of Elizabeth II’s prime ministers have played Anthony Edward’s Goose to Tom Cruise’s Maverick. Boris Johnson has jumped into this role in Ukraine like Margaret Thatcher in the Cold War and Tony Blair after 9/11. The European Union’s disordered response to the war in Ukraine shows that the U.K. is America’s most reliable European ally and that Brexit has refocused Britain on the trans-Atlantic alliance.

Only the pope wields as much soft power as the queen, and he, to paraphrase Stalin, lacks a seat at the United Nations Security Council and a second-strike nuclear deterrent. Tea with her majesty remains the ultimate photo-op, and Britain’s diplomats have traded it with American presidents as assiduously as their forebears traded Indian tea to the colonies. Queen Elizabeth has met 13 of the last 14 U.S. presidents, beginning with Truman on her 1951 American visit, when she was still a princess. In 2021, President Biden had tea at Windsor Castle. The odd man out was President Lyndon Johnson, though it is possible they met at a state dinner during her 1957 visit, when Johnson was Senate majority leader.

Much in the U.S. has changed for the better in the past 70 years, but Queen Elizabeth would not see a nation at ease with itself. The improvement in race relations in America would have been near-unimaginable in 1952. Yet the queen, like many of America’s friends, might wonder why the politics of race continues to divide its people.

Her majesty’s exalted status hasn’t shielded her from the social changes of recent decades. The royal family is now much like any British or American family: divorces, feuds, money troubles, dodgy business ventures. Like America’s first families, Britain’s first family struggles to lead by example. Perhaps the queen is relieved that, while Prince Andrew consorted with Jeffrey Epstein, at least his emails haven’t surfaced on Hunter Biden’s laptop.

While Britain’s royal institution stumbles on, the family, the basic institution of society, has unraveled world-wide since the 1950s. The queen who admired Billy Graham might be dismayed by the decay of public morals in the U.S. and the weakening influence of Christianity in particular. She might suggest that Americans look to their duty to God and each other, but protocol forbids her to say it.

That reserve places her closer to 1952 than 2022. Yet the queen has in some respects become more American than her highly Americanized subjects. More than anyone, at least until the Kardashians, the queen has lived in the spotlight. Over seven decades, the most English woman in the world became the doyenne of American-style media celebrity. Perhaps it was inevitable that Meghan and Harry would open a family franchise in Hollywood.

Mr. Green is a fellow of the Royal Historical Society. His latest book is “The Religious Revolution: The Birth of Modern Spirituality, 1848-1898.”